After being appointed Housing Minister in 2019, Justin Tkatchenko described the NHC as a ‘failed entity’, and denounced the institution’s rot and corruption.

All the evidence collated to date indicates one former Managing Director in particular deserves special condemnation. John Dege served as the NHC’s head from 2012 until 2016 (for previous PNGi reports on Dege click here), a tenure which has been the subject of scathing rebukes from within the national judiciary.

Back in 2018, for instance, Justice Gavara-Nanu described Dege’s role in selling an NHC property to Remdy Investment as ‘fraudulent and deceitful’, after the property had already been lawfully purchased by  its long standing occupants the Iravela family.

[How could] Mr Dege and Mr Gore [NHC Principal Legal Officer] in particular, reasonably form the view that it would proper and lawful to sell this property to someone – let alone a Member of Parliament – a Minister – who was not qualified to purchase the property? Why was the second defendant cherry-picked to be the purchaser? Was this a pure and lucky co-incidence? It is difficult for a reasonable observer of this peculiar state of affairs not to be suspicious that something more sinister than simple naiveté, or the perceived need to sell the Corporation’s assets at market value, was afoot.

Yet somehow when Mr Dege was finally committed to trial back in 2019, he was discharged by Magistrate Cosmas Bidar who quite incredibly described Mr Dege as a victim and a ‘sacrificial lamb’.

As Dege revs up to stand in the 2022 elections, cases with his alleged involvement continue to appear before the court. The most recent example involves a criminal court decision handed down by Chief Justice Salika on 1 October 2021.  The case centred on the defendant Lynette Tumu, a small businesswoman who was found not guilty. 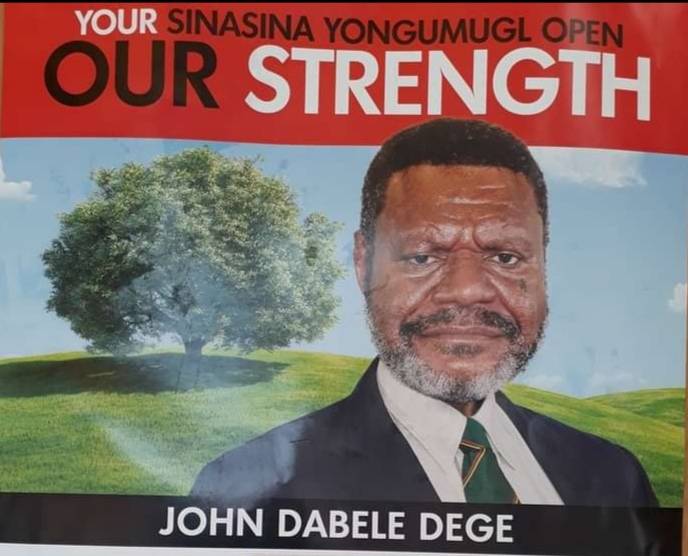 She was accused by the prosecutor of forging a state lease over Portion 2062 in Port Moresby during 2013. In her defence, Lynette Temu claims she genuinely thought she had legally acquired the lease from John Dege, NHC’s then Managing Director, and Gabriel Gore, the NHC’s then Principle Legal Officer. Temu argues ‘she was asked to pay K30,000 for the State Lease and to have the Transfer Deed done by the former Managing Director of NHC, Mr John Dege’.

Unfortunately, the court notes, ‘the police investigation never followed up with the accused’s story. The [possible] real culprits [Dege/Gore] are not before the Court. The accused would not have done this on her own. She may have been cheated with the payment of K30,000. This is a serious allegation and the police never followed this’.

And if the past is anything to go by, it is unlikely this is a matter that will ever be followed up on by the police in the future. Who knows perhaps Dege will be the next Housing Minister, stranger things have happened.