China and Australia are being courted by the Papua New Guinea government to provide hundreds of millions of kina to finance the construction of the controversial Western Pacific University at Ialibu, in the Prime Minister’s own electorate, in the Southern Highlands.

Both Chinese and Australian officials have visited the proposed site and expressed their interest in assisting, according to Higher Education Secretary Fr Jan Czuba.

This comes at a time when Papua New Guinea is at the centre of a major geopolitical tussle between China and the United States and its allies for influence and control in the South Pacific Region.

Both Australia and China have recently been spending big in PNG, particularly around the upcoming APEC Summit, and the PNG government seems to be eyeing this rivalry as an opportunity to reinvigorate the plans for a University in the PM’s electorate.

According to media reports, K600 million is needed to complete the controversial project which critics say is poorly conceived, politically motivated and has already being linked to alleged conflicts of interest involving the Prime Minister’s own businesses.

Such concerns have not stopped Australia’s RMIT University endorsing the project through an MOU which is proudly displayed on the WPU website. Critics say Papua New Guinea does not need and cannot afford a new university and that its proposed location makes little sense.

PNG’s existing Universities are already underfunded with crumbling infrastructure and poor academic standards. They rely heavily on foreign aid to maintain and improve their campuses. At a time of falling revenues, budget-constraint and economic stagnation, any new investment should be targeted at existing institutions not creating new facilities that will further drain resources through large recurrent running and maintenance costs.

The existing universities are also already pumping out more graduates than PNG’s job market can absorb. Providing more university places will arguably deprive more families of precious income as they have to pay the expensive university fees for children who may well end up unemployed.

Indeed the WPU’s own assessment of PNG’s labour market reveals ‘only modest direct employment opportunities for graduates’ [p54] and points up the universally decried poor quality of education provided by existing universities and the poor quality of their graduates. All of which points to the need for greater investment in existing institutions, not a new university.

To compound these problems, the inaccessibility of the new university will only increase the burden on families. Ialibu lies halfway between the towns of Mendi and Mount Hagen, 15km off the main Highlands Highway and is not served by an airport, meaning travel in and out will be expensive for students and staff and increase the construction and maintenance costs. In November 2017, the Minister for Higher Education Pila Niningi assured the nation that the location for the new university  was not a security concern despite several incidents in the Province.  Just six months later, following the burning down of six dormitories at the Ialibu Secondary School, Niningi was forced into an about face, warning the university would not be built unless the people involved in the arson were arrested and charged.

The government has not produced any feasibility study to justify selecting the Prime Minister’s own electorate as the site for a new university.

Yet, less than 12 months before the 2017 elections, K15 million was paid to local landowners to secure the land for the new university. There are no details of how the land was independently valued, but presumably local people could never have imagined such a windfall. Especially, as part of the land has been described as ‘swamps’. Local landowners are not the only ones to have benefitted from initial spending on the new University. In an announcement dated 26 June 2016, the Western Pacific University revealed ‘a Subcontract Deed with the WildCat Developments Company for clearing, lay down area, access roads and drainage works’. According to Fr Jan Czuba, K5 million was spent on those earthworks.

As PNGi has already revealed as part of its series of investigations into Peter O’Neill, Wild Cat Developments Limited was purchased by a company owned by the Prime Minister in 2014. It was then sold to the Australian national, Sir Theophilus Constantinou, in October 2016. At the same time, the company name was changed from Wild Cat Development to Construction Procurement Services (CPS).

By 2017, initial construction work on the University had started, at a reported cost of K42 million, with CPS vehicles still clearly visible on site:

It is not known how the initial earthworks at WPU was tendered or how the Prime Minister avoided his obvious conflict of interest having any influence on the decision to engage Wild Cat Developments. It also not known how the prospect of further potential work on a K600 million project may have affected the sale price when Wild Cat was sold.

Given all its obvious failings, will the Western Pacific University prove a step too far for Australia and China in their drive for influence in the Pacific, or will geopolitics allow them to paper over the cracks andinject funds into this alleged pork barrel? 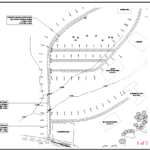