Clash of Statements at Commission of Inquiry into Motukea Wharf

The Commission of Inquiry into Motukea Wharf centres on the lawfulness and integrity of the sale and purchase of land at Motukea Wharf.

Motukea Wharf was purchased from Australian owned company Curtain Bros by the State of PNG for K1.1 billion, in order to relocate the port of Port Moresby. Of this total amount K725 million was payment for Curtain Bros’ land. An additional K400 million was reportedly paid to Curtain Bros in order to develop the land for a road and container terminal.

On Day 14 of the hearing a stunning submission was made by Mr Gabriel Michael, the nation’s Valuer General.

Mr Michael claims he produced a valuation of the land at Motukea Wharf which established the market price at K418 million. He alleges shortly after pressure was applied to alter this valuation. This pressure was allegedly applied by the Lands Secretary, Romilly Kila-Pat, and Justin McGann, General Manager at Curtain Bros. Afraid of losing his job, Mr Michael claims he altered the valuation to K722 million.

We have set the livestream video to the key part of Mr Michael’s testimony.

Following a series of delays, the Commission of Inquiry has resumed substantive hearings. This has brought former Lands Secretary Romilly Kila-Pat to the Commission to give evidence.

In his statement, Mr Pat  claims to have asked the Valuer General, Mr Michael, to ‘relook’ at the valuation. Pat read his statement aloud at the day 52 hearing.

A screen capture of this statement is also provided below.

So why would the Lands Secretary ask the Valuer General to give his valuation a ‘relook’?

We may learn in cross-examination later in the inquiry. But at the moment it remains a serious question in need of answering. Mr Pat claims he did not in his ‘recollection’ have a conversation with Curtain Bros or any other related party. The implication being he was not influenced by unsatisfied parties at Curtain Bros when making this request to the Valuer General.

So what exactly inspired Mr Pat to ask for this ‘relook’ is unclear. 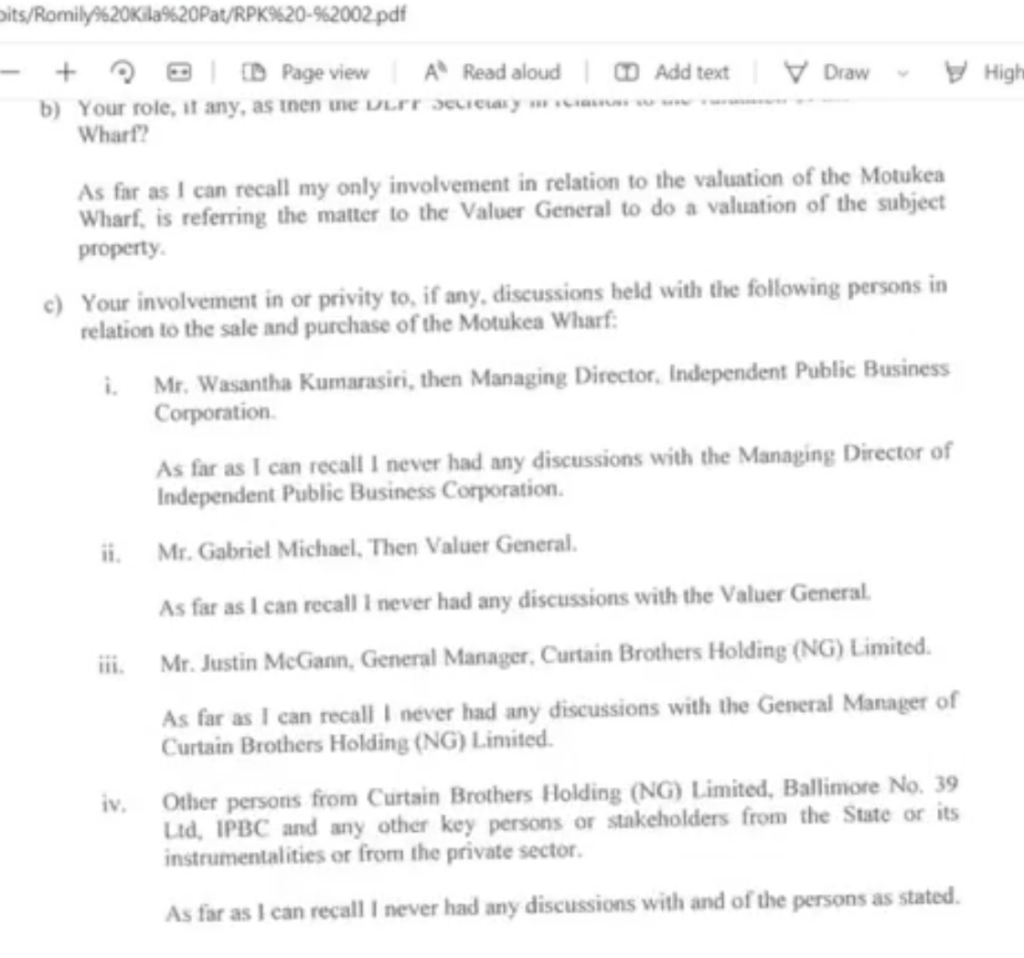 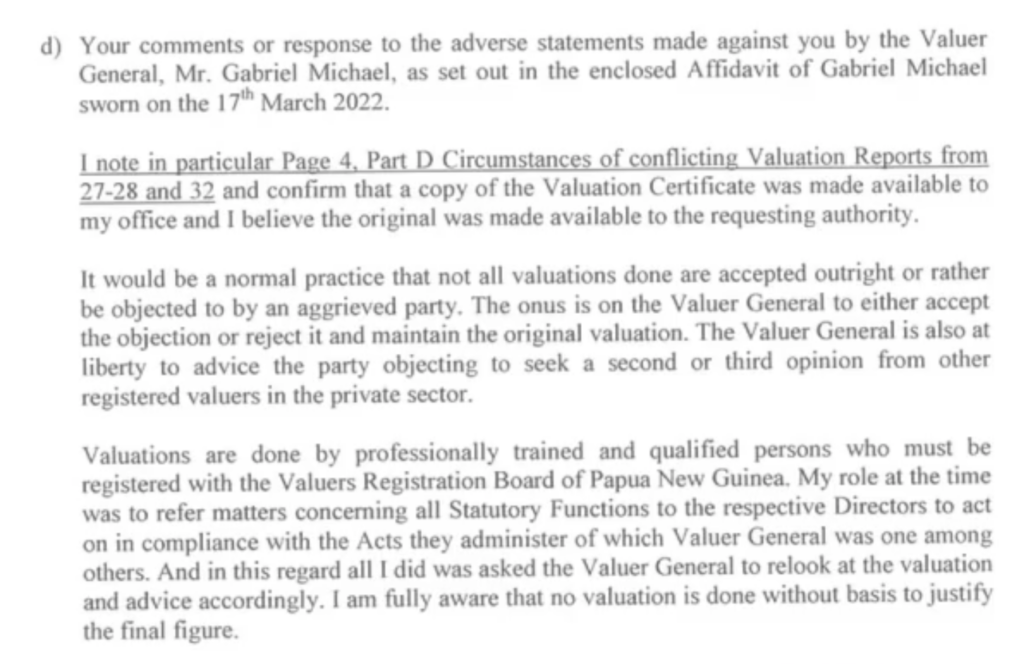 But it is  apparent that Mr Kila-Pat’s statement contrasts with Mr Michael’s statement.

The Commission will through its hearings attempt to appreciate the facts with greater clarity in order to determine which accounts are credible and which are doubtful. It would be unhelpful at this stage to predict what the findings will be.

At the same time, a limitation Commission’s labour under is their terms of reference which bind them to look at a specific set of events, and a certain set of questions. It is unlikely, for example, the Commission will establish Mr Kila Pat’s credibility through broader examination of his professional track record, because that sits outside the Commissions terms of reference.

Yet this track record is germane when evaluating the relative credibility of those testifying. The following table provides a brief survey of the negative assessments of Kila-Pat made by oversight agencies.

In short Kila-Pat is a former senior civil servant whose tenure is marked by allegations of incompetence and illegality, levelled by the nation’s watchdogs.

Now Kila-Pat is accused of pressuring the Valuer-General to engage in dishonest conduct, which delivered a significant financial windfall to Curtain Bros.