Malaysian logging company, Woodbank Pacific Limited, is chopping down ancient forest trees in a conservation area on the north coast of Madang. This is despite the repeated pleas of the local people that they do not want logging on their customary land.

The disputed logging site is situated within the Sumgibar Local level Government area in the Sumkar District of Madang Province.

It is understood the logging company is claiming logging rights under a Timber Rights Purchase agreement signed with local people in the 1980s. The agreement was for a thirty-year period that has already expired. However, the PNG Forest Authority has recently been unilaterally extending such agreements without obtaining the consent of local people.

On numerous occasions elders from the Dibaren and Matev clans have expressed their opposition to logging. In February 2019, the two clans wrote direct to Woodbank Pacific informing the company that they did not, and would not, consent to any forest surveying, forest clearance or any logging related operations on their clan land. 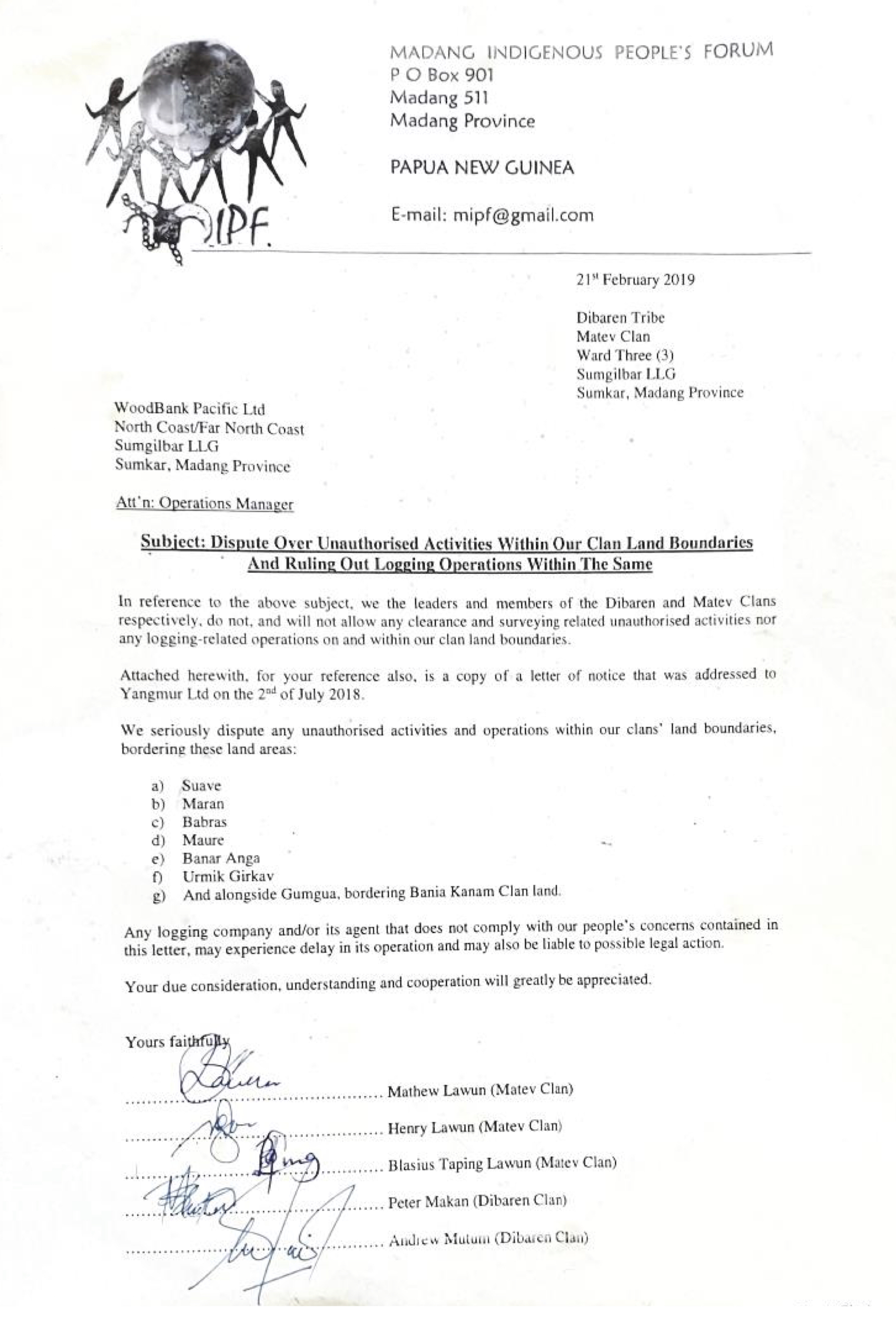 The same message was given in 2018 to a local company, Yangmur Limited, that has been facilitating logging in the Kumil and far North Coast areas on behalf of Woodbank and other Malaysian logging companies.

Each time the letters were copied to the local Forestry Office in Madang and local police. 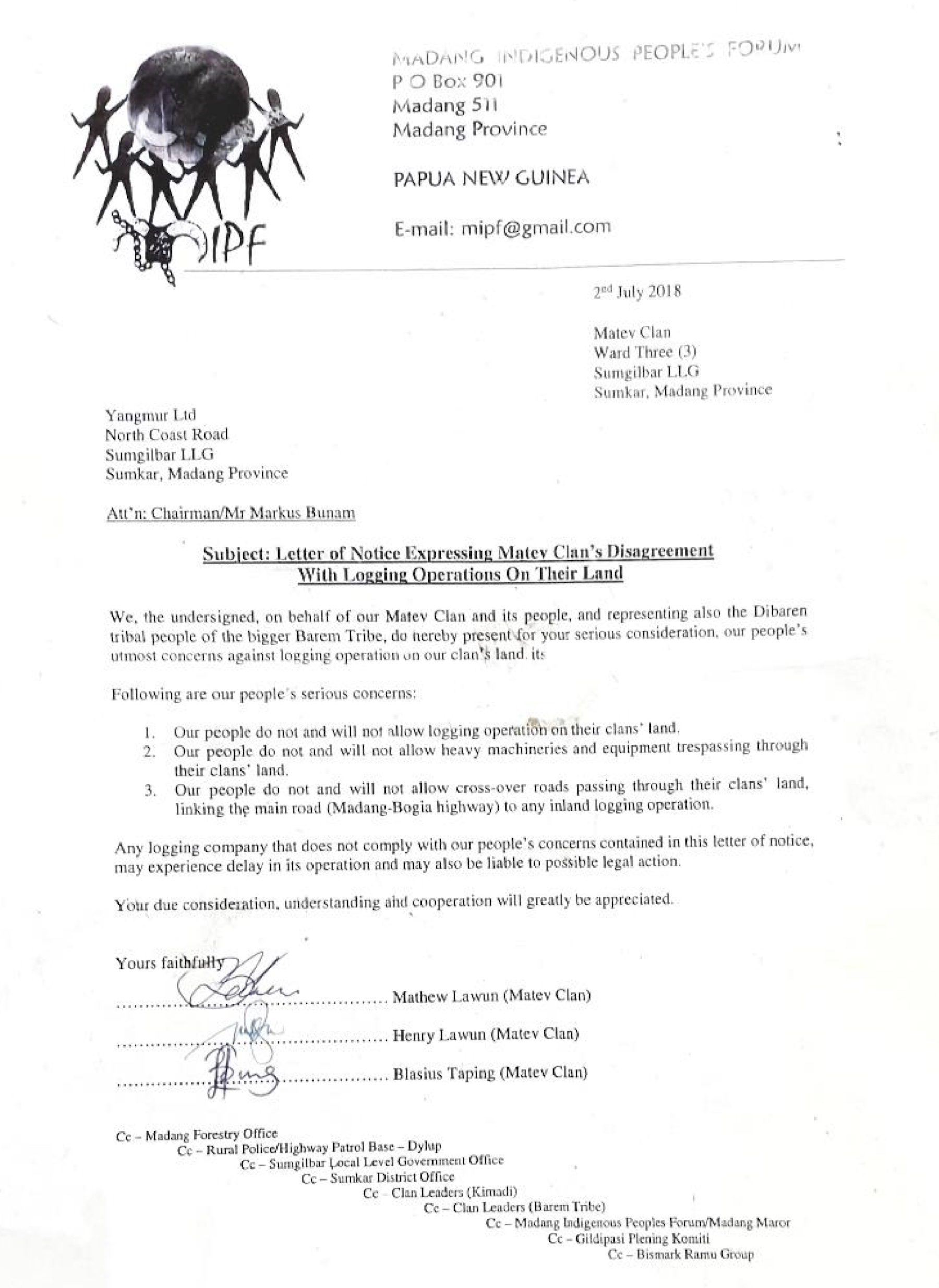 Despite the clans entreaties, Woodbank Pacific has recently entered their forests, which are part of the 500 hectare Kimadi Conservation Area. 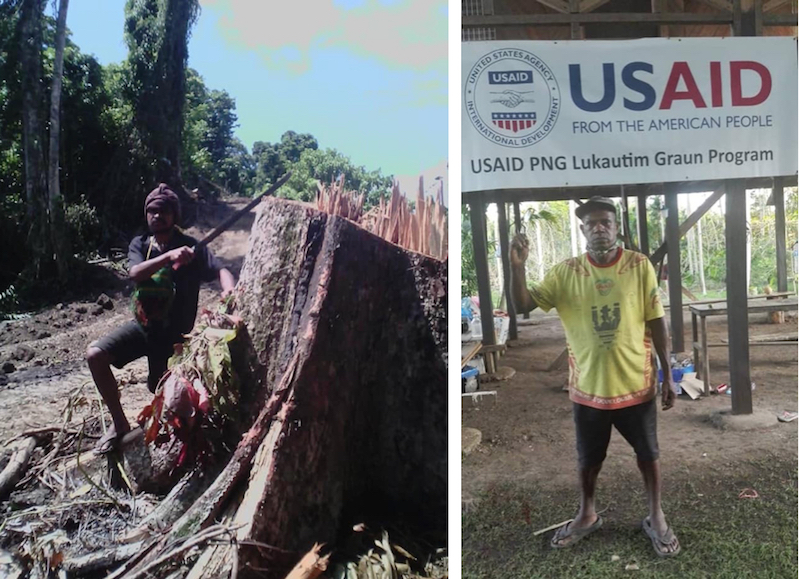 A local man stands beside the stump of a huge tree unlawfully felled within the USAID supported Kimadi Conservation area. Clan chief Mathew Lawun stands beneath the USAID banner.

In 2013, the Kimadi people joined their conservation area with that of their eastern, inland neighbours, the Gildipasi people. That initial five-year conservation agreement was renewed in July 2018. 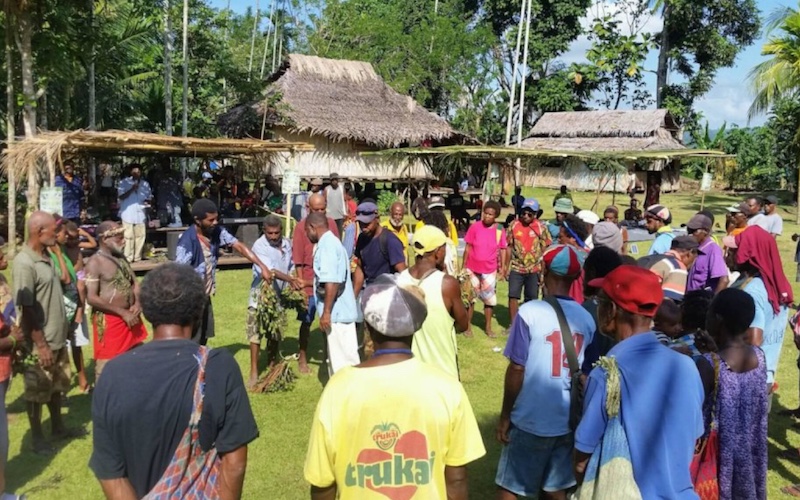 A traditional ceremony marks the renewal of the Gildipasi Conservation Agreements in July 2018. The ceremony was witnessed by tribal leaders from Madang, East Sepik and the New Guinea islands

In total there are twenty-five clans from nine villages that have joined the Gildipasi Conservation Initiative since its inception in 2003. Their efforts have been supported by USAID under its ‘Lukautim Graun Program’ and other foreign donors. 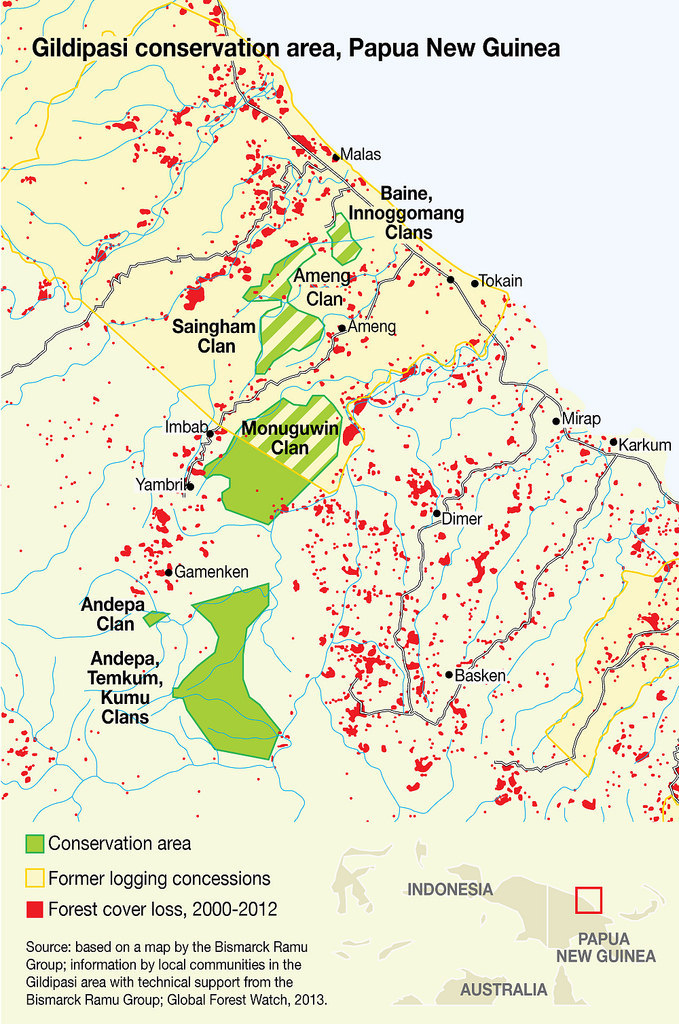 Clans from the Gildipasi Conservation Area signed five-year conservation agreements with the Kimadi people in 2013 and again in 2018.

Local people report that already more than 100 trees have been felled within their Kimadi CA, but local officers from the PNG Forest Authority are refusing to intervene in support of the landowners. 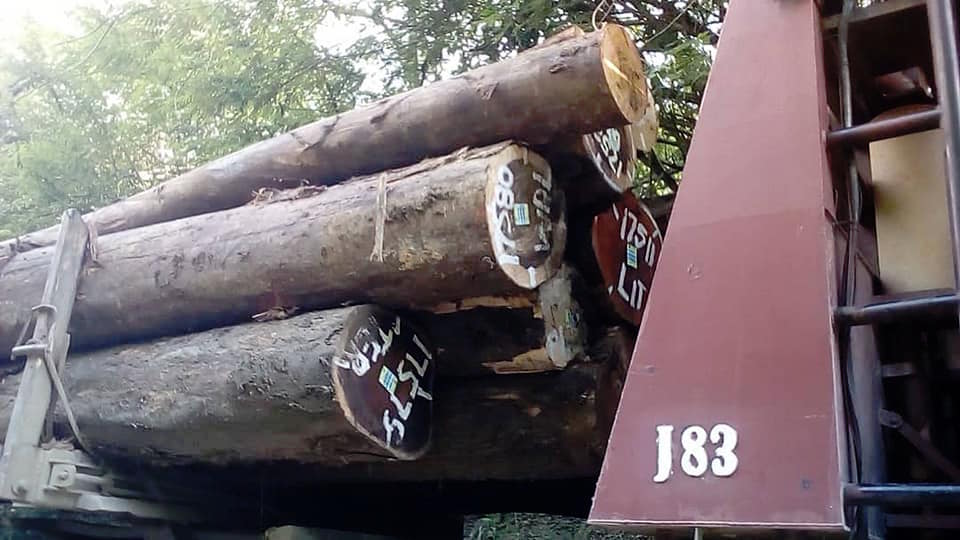 Logs from the Kimadi Conservation area being removed for export.

Woodbank Pacific Limited is owned by Malaysian national Tiong Sii Huang. Huang has extensive business interests in PNG and is a business associate of former Prime Minister, Peter O’Neill, having served on the Board of one of his companies, Paradise Breweries Limited, from 2018-2019.