While a controversial Oro based logging company is under investigation for immigration fraud, illegal logging and using unregistered machinery, another company owned by the same businessman has been awarded a lucrative roads contract.

Pavillion Construction and Logistic Ltd has been engaged by the Ijivitari District Development Authority Board to carry out a K5 million upgrade to the roads in Afore District. 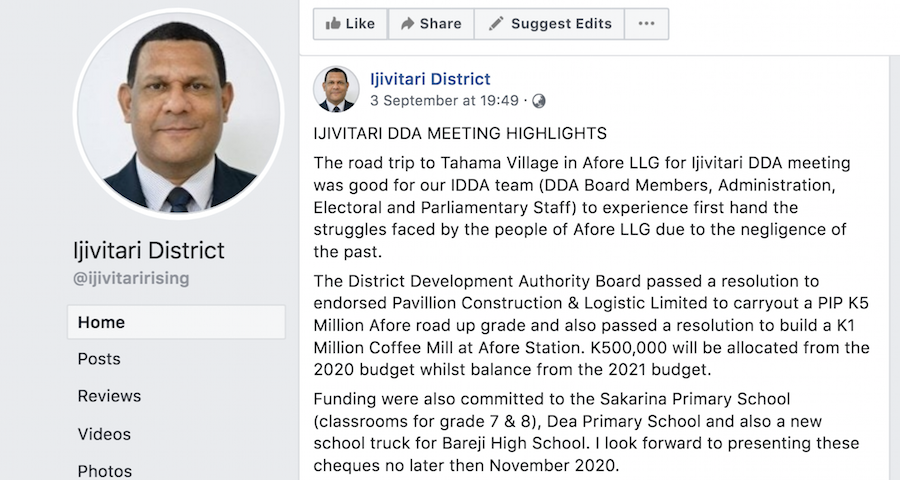 Local MP and vice-minister, Richard Masere, who chairs the DDA, was given a ceremonial welcome by local people before announcing the project. 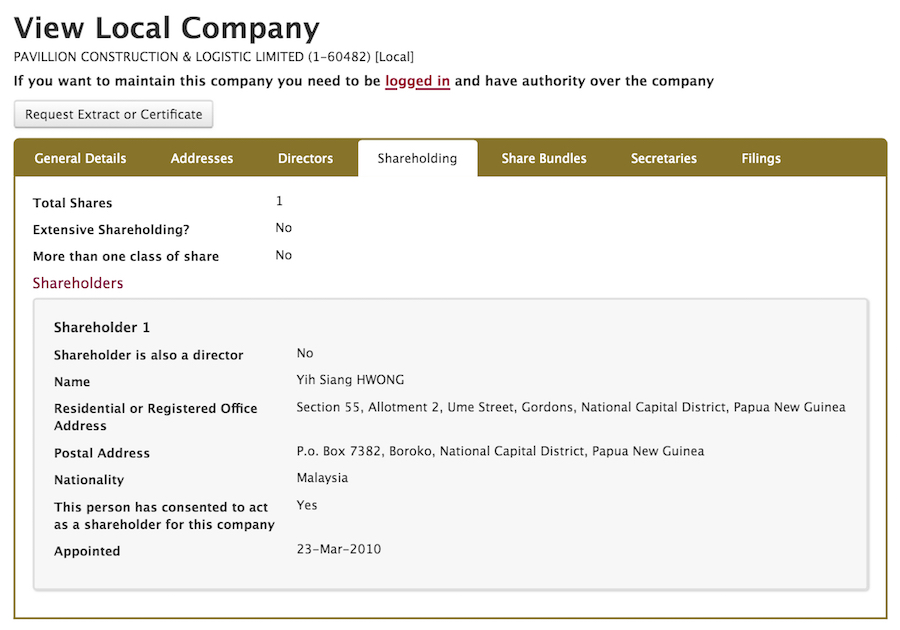 On 17 September, PNGi revealed how a company owned by Yih Siang Hwong and Yih Wei Hwong, Oro Wood Industry, is at the centre of allegations of serious illegal activity. 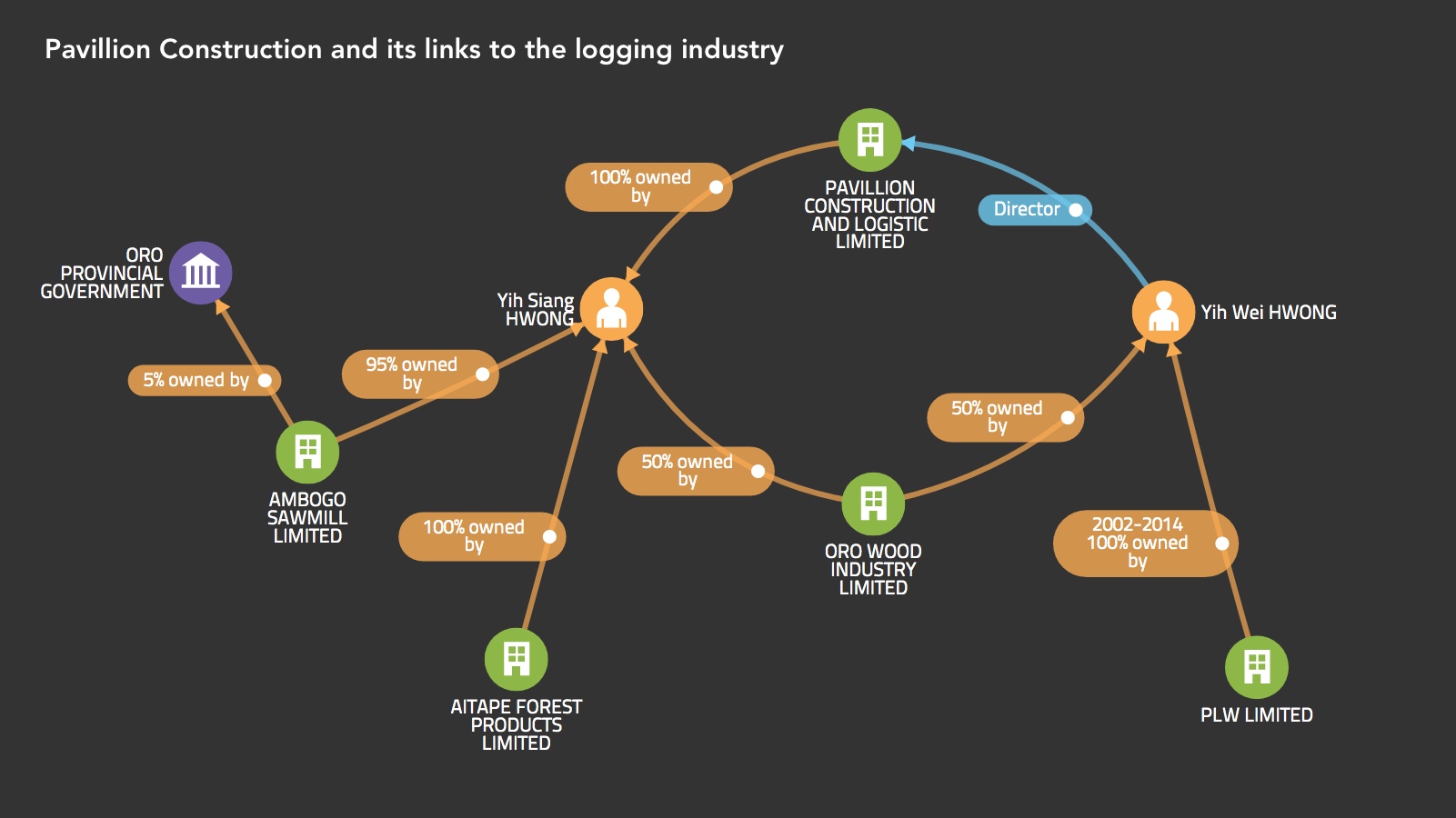 In August, four logging camps in Oro were raided by a joint-task force of police and immigration officials. According to media reports they found a total of 48 illegal foreign workers and evidence of a conspiracy between the logging companies and public servants to issue fraudulent work visas.

Such allegations apparently are not a red-flag for Richard Masere, or the DDA that he chairs. Indeed, the relationship between them and Pavillion contractors dates back sometime. 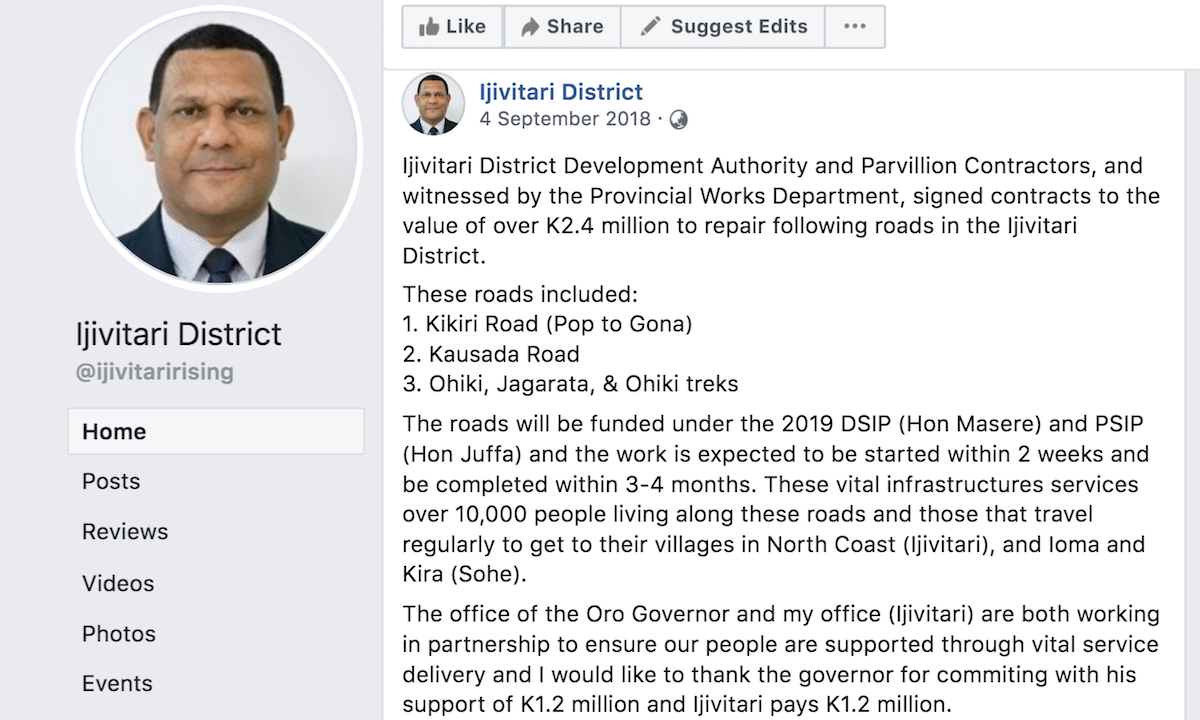 In September 2018, Richard Masere announced that Pavillion Construction had been awarded contracts worth over K2.4 million to repair roads in the Ijivitari District. Fifty percent of the cost was to come from the development funds of Oro Governor Gary Juffa, according to Mr Masere.

Mr Juffa has recently called for businesses involved in breaching the law to be shut-down and their workers deported. A call the Post Courier newspaper has endorsed.