In order to secure US$350 million in COVID-19 related loans from the International Monetary Fund, the Marape Government has been obliged to publish all COVID-19 related contracts on the National Procurement Commission website.

An initial round of COVID-19 contracts were awarded, and their details were duly published on the commission website. When these awards were scrutinised by PNGi a significant number of red flags were identified. Red flags are established signals used by anti-corruption agencies, financial institutions, and other like bodies, such as auditors, to single out transactions that don’t look quite right. Flagged transactions  are then studied much more closely to determine whether they are legitimate or illegitimate.

If judged by procurement method alone they are high risk transactions.

Each of these newly published contracts were made by direct selection. What this means is that there was no public tender, and no competition. Instead a service provider was directly selected by government. This type of transaction is ordinarily not allowed because it seriously heightens the risk of corruption and reduces value for money. However, because COVID-19 is a national health emergency, open and competitive tenders are being dispensed with. But with this comes increased risk and a need for heightened public vigilance.

Lets look first at the K10 million in contracts awarded to NKW Holdings Ltd through direct selection. These payments are for an isolation facility in Lae. It is not clear why the National Procurement Commission has declared further details are still required for each of these contracts, which suggest a potential breakdown in internal information systems.

NWK Holdings was at the centre of a major exposé published last year by the Fairfax media group in Australia. According to Fairfax journalist Richard Baker, a ‘company paid $82 million by Australian taxpayers to feed and house asylum seekers on Manus Island is suspected by its own bank of inflating invoices, while making millions of dollars in profits’. The company was revealed to be NKW Holdings.

NKW Holdings has denied issuing inflated contracts. Nevertheless, this evidence now on the public record should be enough to have these K10 million in COVID-19 awards more closely and publicly scrutinised by the Auditor General.

The second contractor reported to have received a major COVID-19 contract is Minpac Construction Ltd. When PNGi last reported in June 2020 Minpac was not on the supplier list published on the National Procurement Commission website. This appears to be a new corporate addition, and the contract approval date is recent also. Are there any red flags that ought to prompt closer scrutiny of these contracts?

Shares in Minpac are owned by ICENI NO. 16 LIMITED. Iceni No.16, in turn, is owned by Damon James Cragnolini and Adriano Julius Cragnolini, who both declare themselves to be Australian nationals. 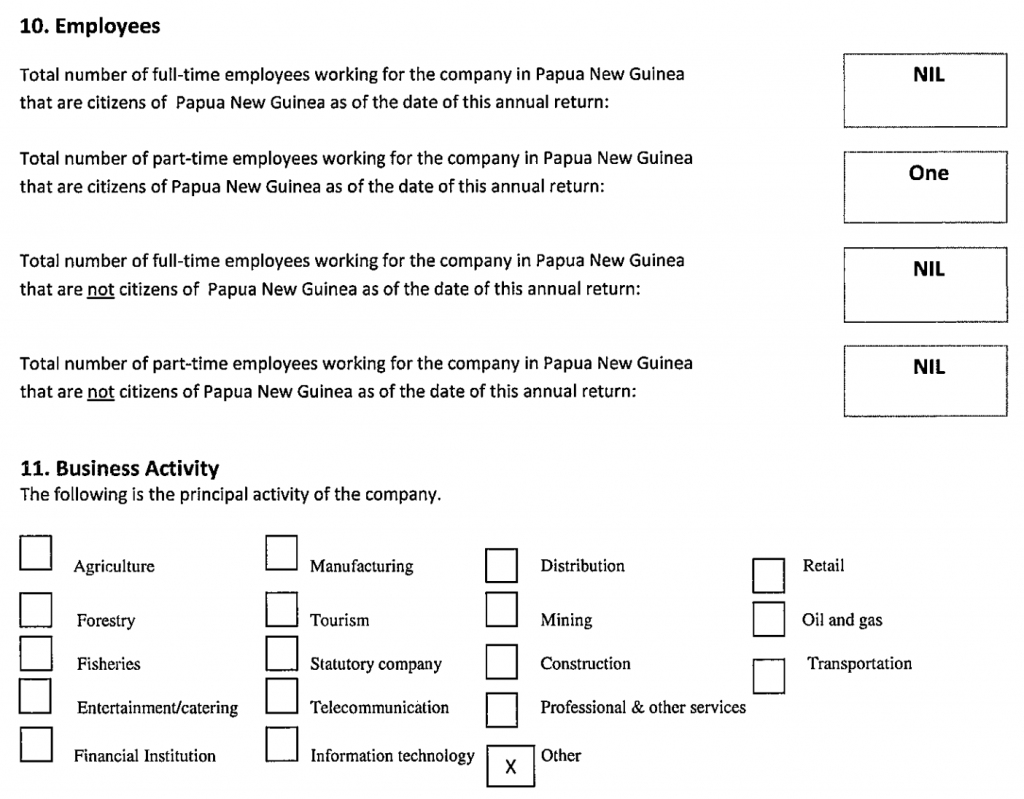 This would ordinarily be a serious red flag, as the company appears to be a shell company – that is a company on paper, but with no actual business operations.

However in this case the two owners appear to be part of the powerful Cragnolini business family established by Sir Luciano Cragnolini and Lady Nii Cragnolini, who are the subject of a protracted divorce proceeding.

Both men are listed as managers at the Cragnolini owned company L&A Construction.

The Cragnolini family would be regarded as a politically exposed family because of their business ties to former Prime Minister, and current sitting parliamentarian, Peter O’Neill. Politically exposed people are individuals who are either themselves a politician or senior government official, their immediate family member, or close business affiliates. When politically exposed people obtain a public contract without tender, this would be a red flag, warranting heightened scrutiny by auditing authorities to ensure they have been properly constituted.

In this case Adriano Cragnolini would appear to potentially fit within the definition of politically exposed person. For example Adriano Cragnolini was Secretary of Dove Funeral Services Limited at a time when it was part owned by Peter O’Neill’s holding company LBJ Investments.

This of course does not mean this COVID-19 contract was awarded through improper means. Nevertheless, it does mean close scrutiny is required of this contract because the beneficiaries are politically exposed.

Another factor to note is that the shareholder information for Adriano and Damon Cragnolini, listed on ICENI No.16’s company extract, cites their nationality as Australian. 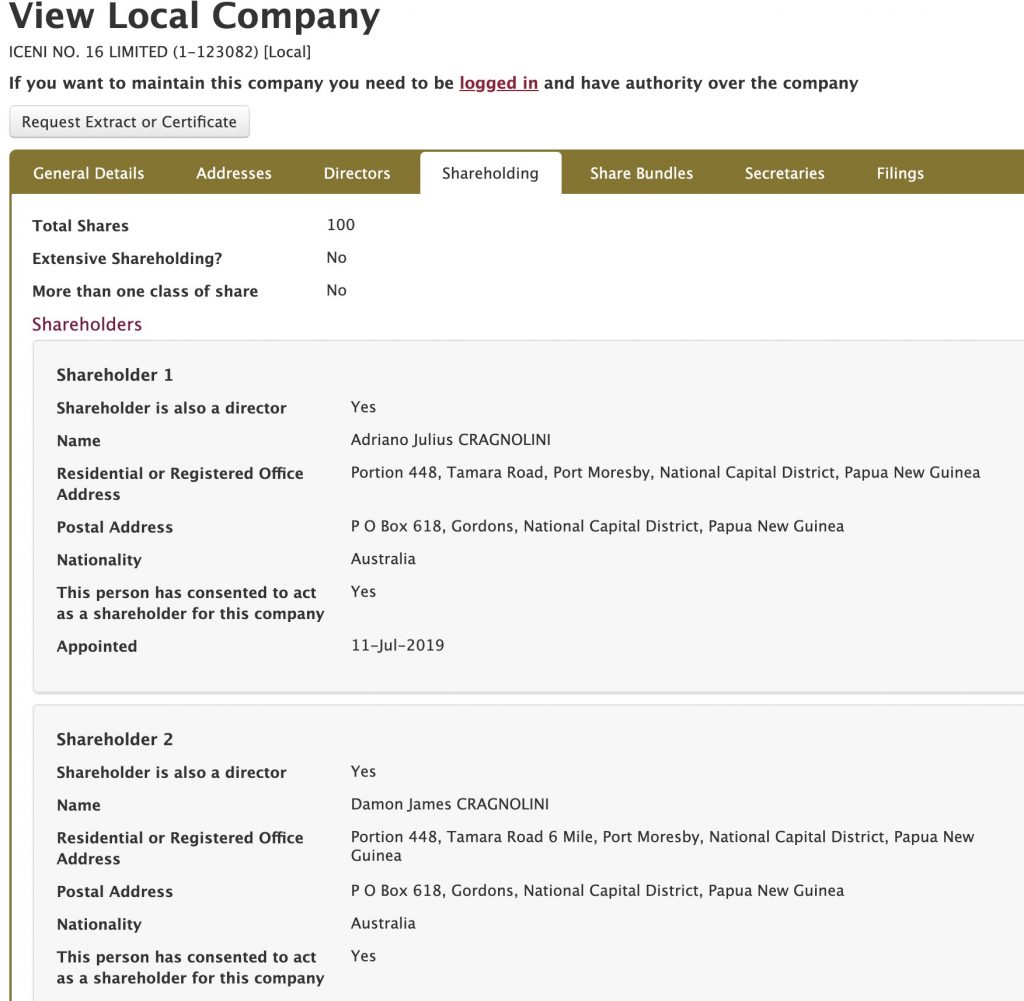 If this is a foreign owned company it must obtain IPA certification to lawfully operate in PNG. A search was conducted of the foreign enterprise certification database. There is no registered certification for ICENI No.16.

Finally according to the National Procurement Commission listing the contract for Minpac was approved on 21 July 2020. But the contract reportedly started on the 1 April 2020. Therefore it would appear work may have been done before the contract was approved.

For the above reasons the award to Minpac Construction exhibits red flags, meaning the contract deserves close scrutiny by auditors and oversight agencies.