Deadly asbestos danger could be lurking in new builds

There is mounting evidence that potentially deadly asbestos is being used in some new residential and commercial construction projects in PNG, raising serious concerns about how widespread the practice may be and the dangers this poses to the public.

Asbestos is a naturally occurring fibre, but inhalation can cause serious lung conditions and deadly cancers. Asbestos was unwittingly used for many years in building materials because of its heat resistant properties, but that was before it was known to be a serious health hazard. 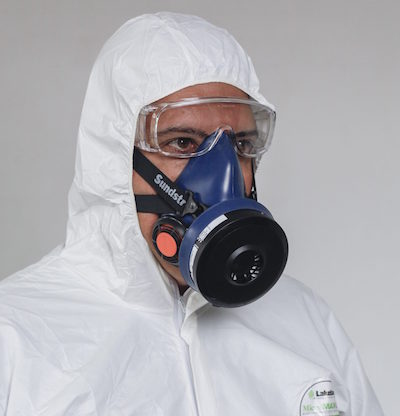 The use of asbestos is now completely banned in more than sixty countries, including those of the European Union, and Australia, New Zealand, Singapore, Japan and South Korea.

In 2017, twenty-one Pacific island nations, including PNG, committed to ban the use of asbestos in the Pacific region.

Yet, in December 2019, it was revealed that asbestos had been found in homes built by a Chinese owned contractor for the National Housing Corporation at its flagship, but ill-fated, Durand Farm project in Port Moresby.

“Housing Minister Justin Tjkatchenko told the Post Courier that the asbestos was known to be toxic and had been used on the inside of homes that were being shown to potential buyers … [who] ‘were breathing in this toxic material’.”

According to the Minister, the homes were unfit for human habitation and a health hazard, yet the Physical Planning Board was unaware of the use of asbestos by the company.

Tkatchenko said the company, which ‘had vanished’, had had its contract nullified and would not be allowed to bid for any future contracts.

Although the Minister did not directly name the company involved in the use of asbestos, he said it was Chinese owned. Of the five companies named by the Post Courier as having their contracts cancelled, only one, Shandong Yinjiang Industry PNG Ltd is listed with Chinese ownership.

In 2016, Shandong Yinjiang had announced its intention to build at least 100 homes at Durand Farm, and said it stood ready to supply as many as 4,000 from its fabrication plant in China. Asbestos use in China remains unregulated and China is one of the largest remaining producers of asbestos worldwide and its largest consumer.

Although Shandong Yinjiang President, Rongtian Xu, claimed the homes are an example of the government’s ‘concern about the people’s welfare, well being’, and Durand Farm would ‘create a model township’, it is likely the workers employed during the construction of the homes could have been exposed to potentially deadly asbestos fibres.

The concern that asbestos products are still being imported into PNG for use by the construction industry has been given increased weight by recent litigation over the construction of a major new 14-storey office tower.

OPH Limited, a company owned by Nambawan Super and Lamana Development Limited, and which boasts the Chairman of BSP, Kostas Constantinou, as one of its three board members, is suing the powerful China Railway Construction Engineering, over its alleged use of asbestos.

According to its website, CRCE Group Co. Ltd. is ‘one of the world’s most powerful and largest integrated construction groups’.

According to court documents, in 2011, OPH contracted CRCE to build a new 14-storey commercial tower in Port Moresby at a cost of K123 million.

However, OPH later purported to cancel that contract. OPH alleges CRCE has used materials containing asbestos in the construction of the tower among other defects and delays.

OPH has now engaged another company to complete the construction and has taken legal action against CRCE to recover losses it claims it has suffered as result of CRCE’s actions.

CRCE denies the claim against it. It says it did not fail to fulfil the contract and has achieved practical completion of the construction work.

It is claiming damages from OPH for wrongfully repudiating the contract and failing to pay for all the work done.

The litigation between OPH and CRCE is ongoing and there have been no findings made against either company.

The fact though that a company owned by two such established entities as NASFUND and the Lamana Group is alleging the use of asbestos tainted materials in the construction of a major new office building, does at least add weight to broader concerns that deadly building materials are being imported into PNG and used in the construction industry.

If this is the case, it could have serious health implications for those engaged in the construction industry and the office workers and families who will be spending long hours in the newly constructed offices and homes.

At the very least, if Nambawan Super, the National Housing Corporation and the Minister for Housing, have credible evidence that deadly asbestos continues to be imported into PNG for use in the construction industry, potentially exposing workers and home owners to the deadly fibres, they should be sharing that information with both customs authorities and the police and calling for vigorous action.