2019 was a good year for BGTEE Investment and its owner, Filipino national Auburn Antonio Adraincem. The company swept up a number of major infrastructure contracts awarded by the Department of Education.

This was not the first time though BGTEE Investment had won major Education Department tenders.

In 2014 The Nationalreported that BGTEE had been engaged to construct a K1.9 million facility in West New Britain. A year earlier in 2013 the Post-Courier claimed that BGTEE was the contractor for two new buildings at Bialla Secondary School.

PNGi can reveal that the principal of BGTEE Investment, Auburn Antonio Adraincem, is a business partner of Jeffrey Motamota. According to his LinkedIn profile, Jeffrey Motamota is Acting Director of Education Projects at Department of Education. This raises the risk that BGTEE may have benefited from insider information or support.

It cannot be inferred yet that this actually took place. Neither Motamota or Adraincem responded to PNGi’s request for comment. Confirmation will require action from the authorities.

The risks pregnant in this relationship between Adraincem and Motamota is heightened by the range of responsibilities which Motamota claims to have on his LinkedIn Account. 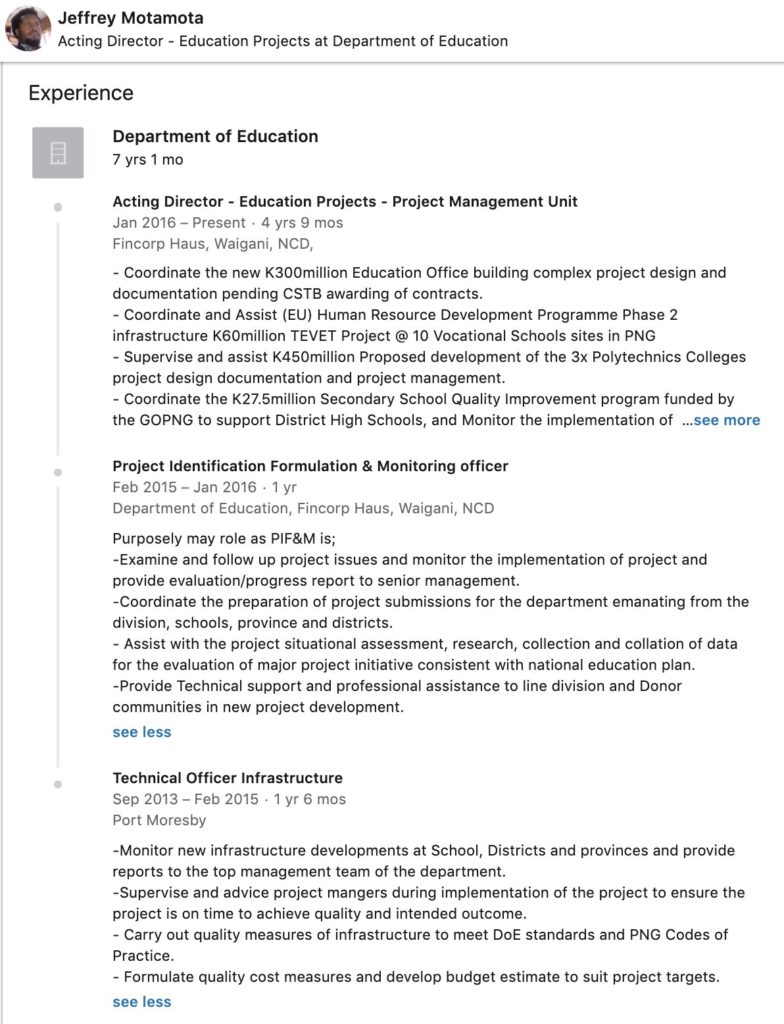 In short Motamota appears to have significant responsibility for the management of infrastructure projects.

The close business relationship between BGTEE’s principal Adraincem and Jeffrey Motamota is documented in filings submitted by Viskombe Investment Limited which is headquartered in West New Britain Province. 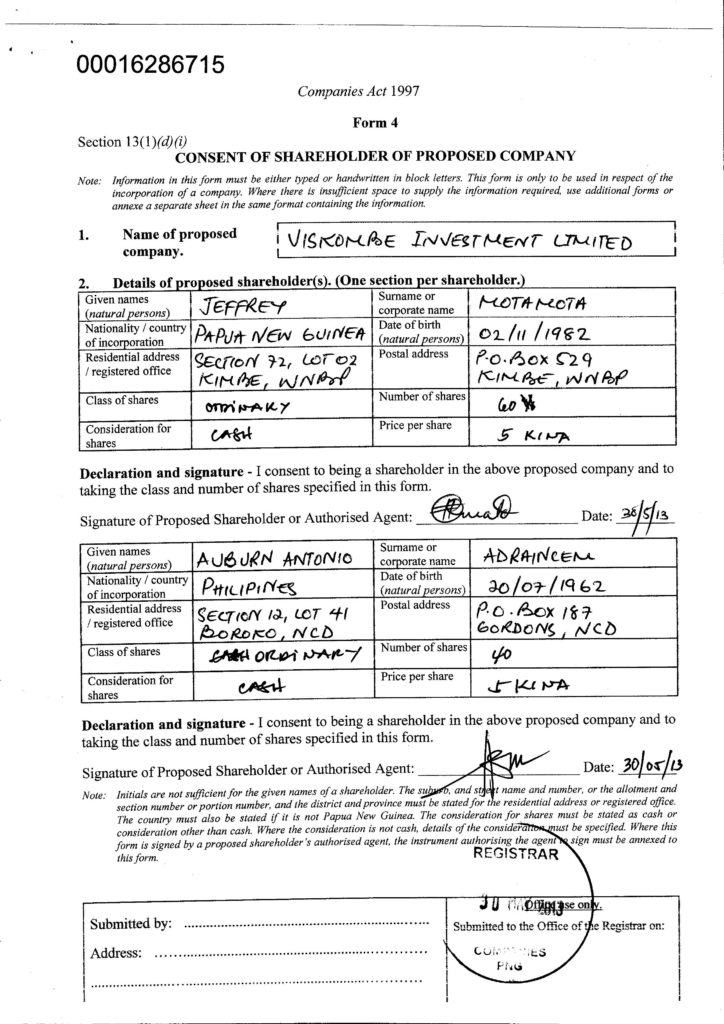 According to these filings Adraincem and Motamota have been business partners since 30 May 2013.

BGTEE Investment Ltd was established over two years earlier on 18 January 2011 by Adraincem. According to a National Court decision from 2012, Auburn Antonio Adraincem has also served as a Special Projects Manager at CHM & Sons Ltd.

Looking at BGTEE’s latest annual returns relating to 2018, K114,250 was spent on commission and consultancy fees. It cannot be assumed these are improper transactions. But given other factors, they are the type of transactions anti-grant investigators will need to probe. PNGi did ask Adriancem about these fees, but received no reply. 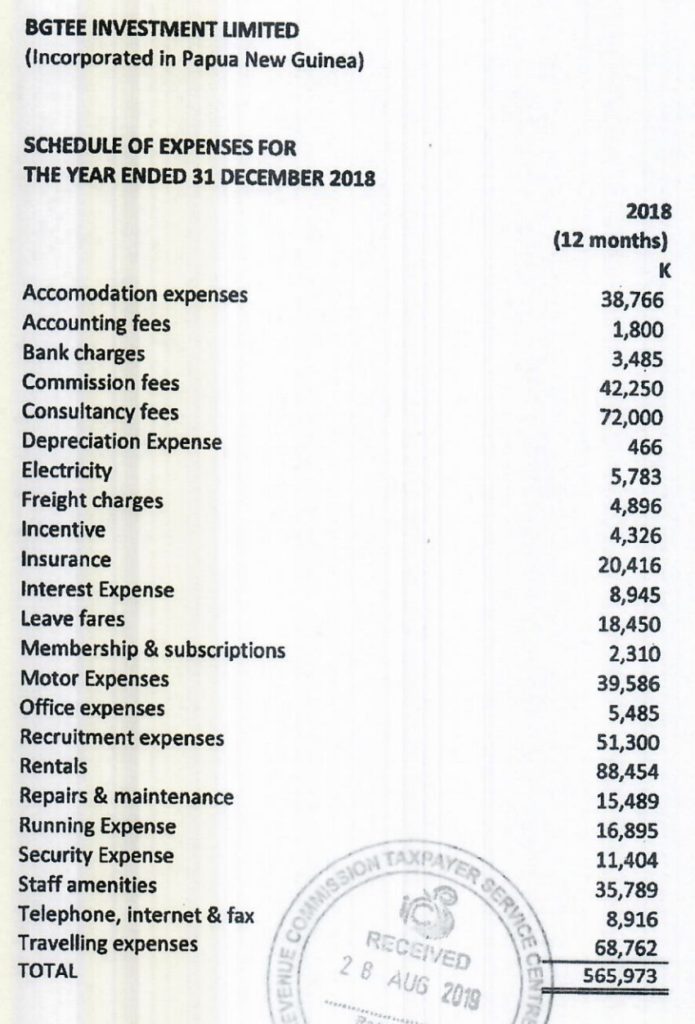 PNGi has already exposed, along with other bodies and individuals, the impact corruption has had on procurement in healthcare, which invariably impacts on the most vulnerable.

While it cannot yet be established that the above transactions were premised on corrupt dealings, the irregularities and conflicts of interest identified, are of the highest public importance given that this pertains to the educational facilities and budgets that are earmarked for the youth of this nation.