Fincorp is one of the nation’s largest providers of consumer and business loans. It is owned by Malaysian nationals Kien Joo Kuek (aka Andy Kuek), and Kien Hok Kuek through the holding company Grand Columbia Limited.

Its principal Andy Kuek is open about his ostentatious lifestyle, which stands in notable contrast to many of Fincorp’s customers in Papua New Guinea. 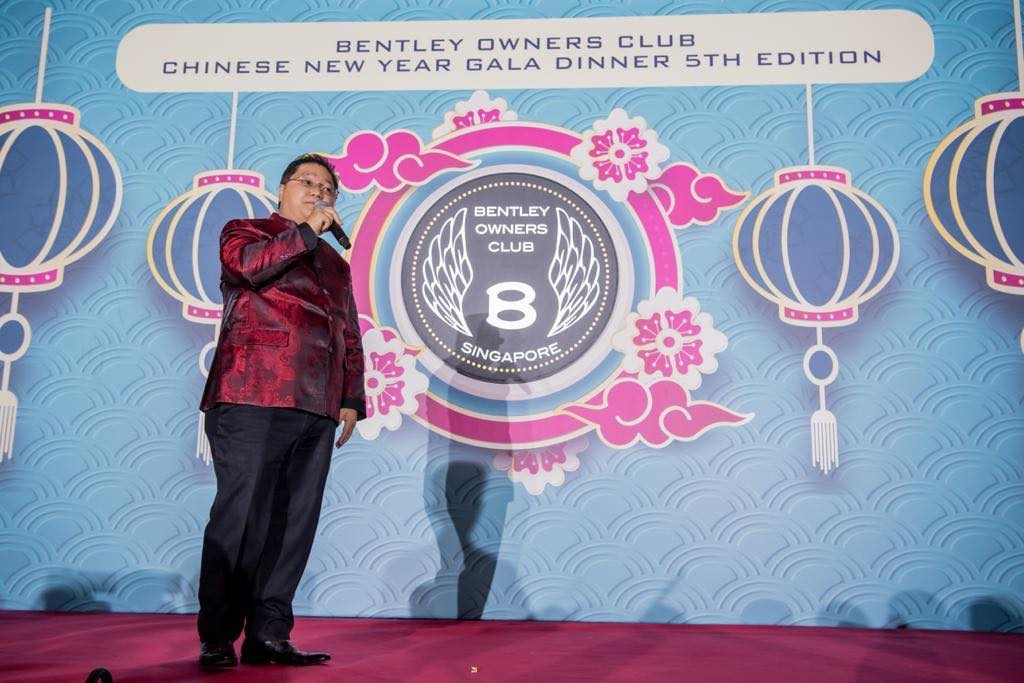 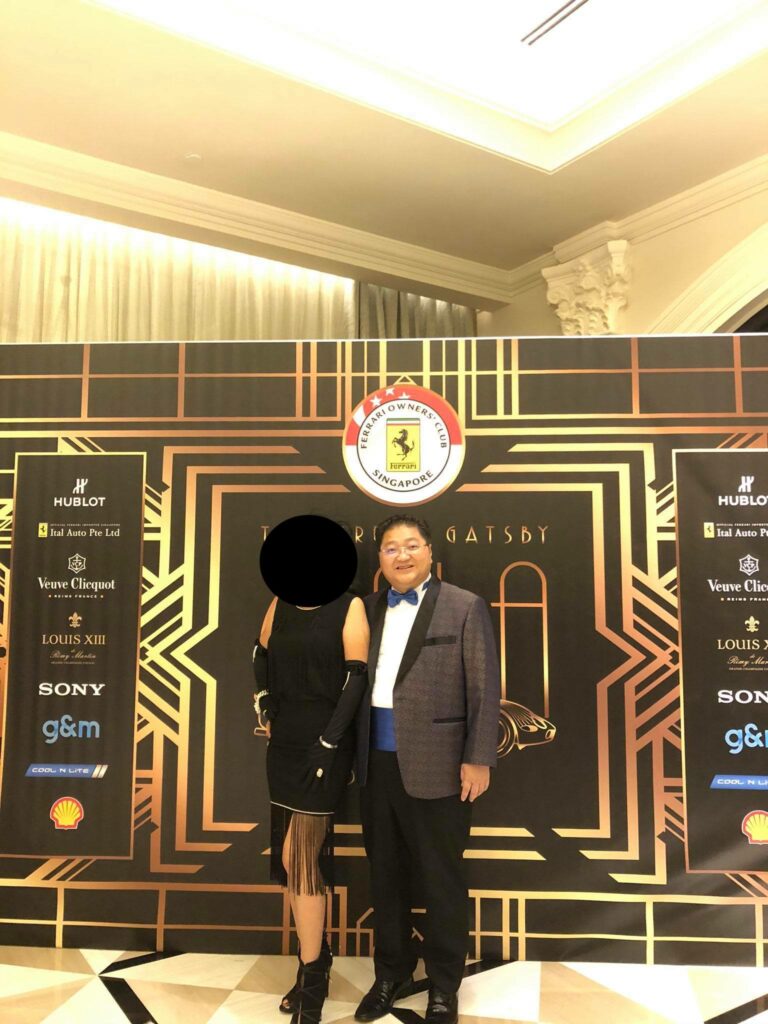 Fincorp hit national headlines last year after criminal proceedings were initiated against one of the company’s Australian executives.

The police charge sheet, The National asserts, states that Fincorp executive Adam Hughes is accused of illegally selling a property owned by Port Moresby businessperson Susan Sei 60% below market value to Solomon Kantha, who at the time was PNG’s Chief Migration Officer. According toPNG Bulletin this occurred during the same period when a deported foreign national was permitted to reenter the country. The deported foreigner is reported to be one of Grand Columbia Limited’s Malaysian shareholders. 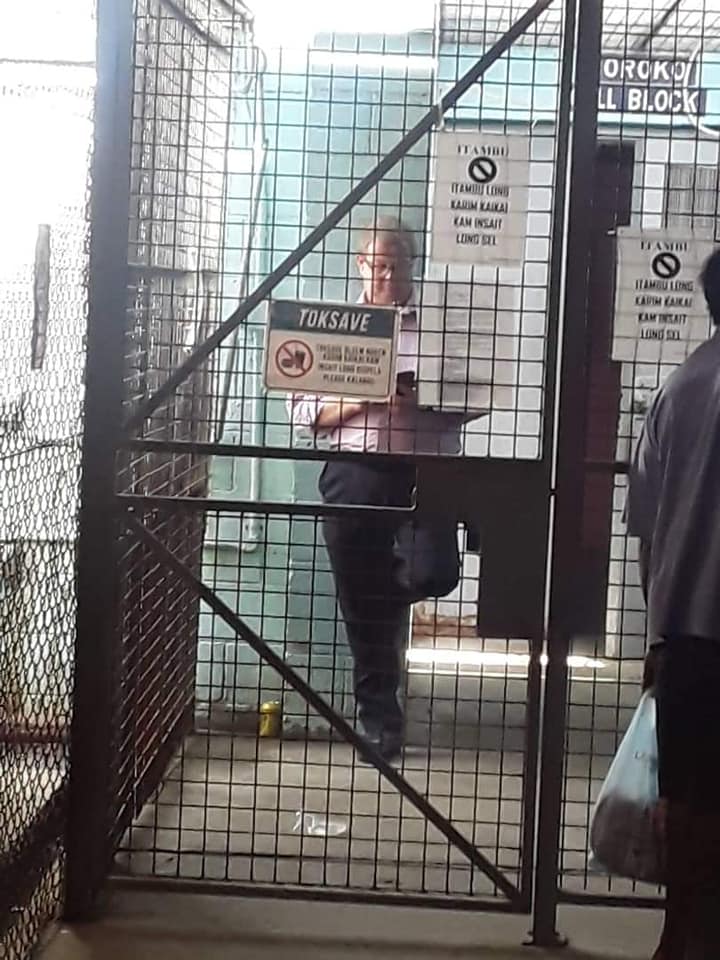 While the criminal charges remain before the courts, the serious allegations made by Susan Sei places the case of Kae v Mondo & Fincorp [2020] in a much more concerning light.

The commercial relationship between Kae and Fincorp began in November 2012 through the provision of a mortgage to Kae by Fincorp, secured against his Hohola property. Three years later Kae fell into arrears due to his business hitting upon hard times.

According to Justice Kandakasi the plaintiff had repaid the sum of K25,906.36, with K32,940 outstanding. The National Court decision reports that Fincorp then issued a statutory notice for default in the amount of K96,210. It was not served on Kae in breach of section 67 of the Land Registration Act. Justice Kandakasi notes ‘that was not an oversight but deliberate’.  The property was then advertised for sale by tender, and purchased by Kimana Mondo for K250,000.

In echoes of Susan Sei’s allegations, Kae claims this was at a 60% discount, with the market price for the property being K600,000. Once Edward Kae learnt of the sale he initiated legal action.

Because in the Judges words ‘Fincorp’s conduct was deliberate or intentional and unscrupulous’, he concluded ‘this calls for a clear pronouncement against such conduct by the imposition of an appropriate level of exemplary damages both as a penalty and as a deterrent to Fincorp itself and others that this kind of conduct or behaviour is unacceptable in our society and must cease forth with’. In total K50,000 in exemplary damages was awarded to Kae.

Were this case an isolated instance it would be a matter of concern. The facts outlined in the case of Edward Kae, however, is given additional importance in light of the State’s criminal suit claiming a senior Fincorp executive conducted an illegal property sale, not simply to recoup outstanding loans but to gain additional benefits.

Nor are these the only red flags.

It has been reported recently in the national media that former MP, Alois Kingsley, is currently fighting fraud charges. According to prosecutors Kingsley conspired with Fincorp owner Andy Keuk to steal shares owned by Andrew Anis valued at over K100 million. The case is ongoing before the courts. 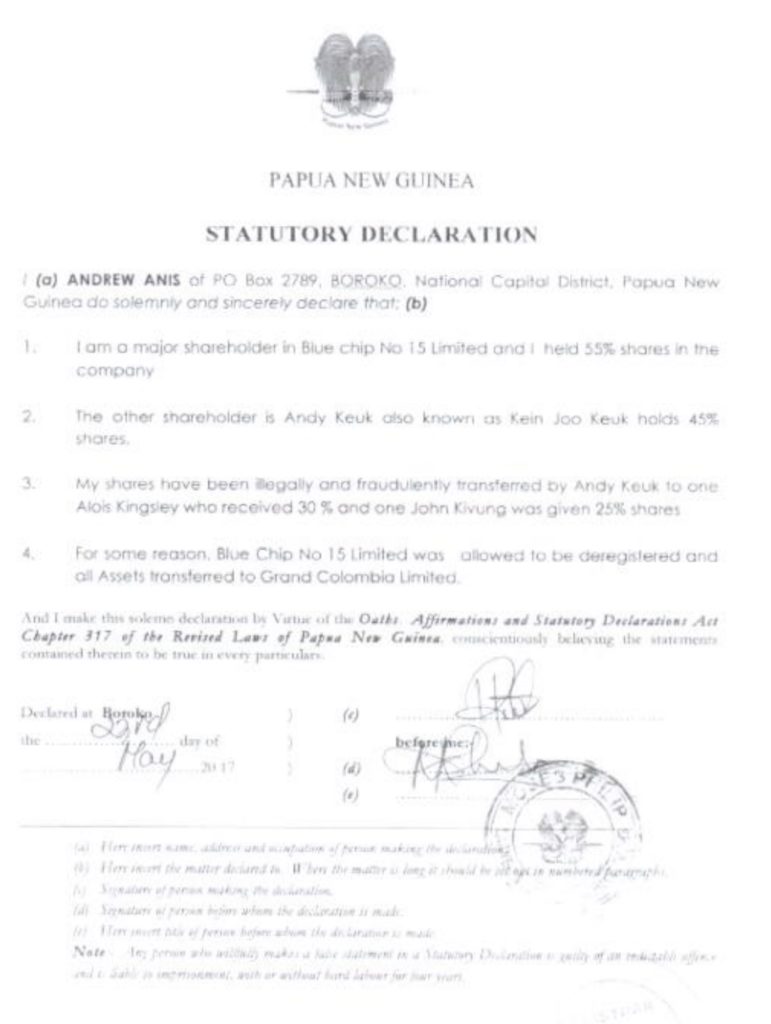 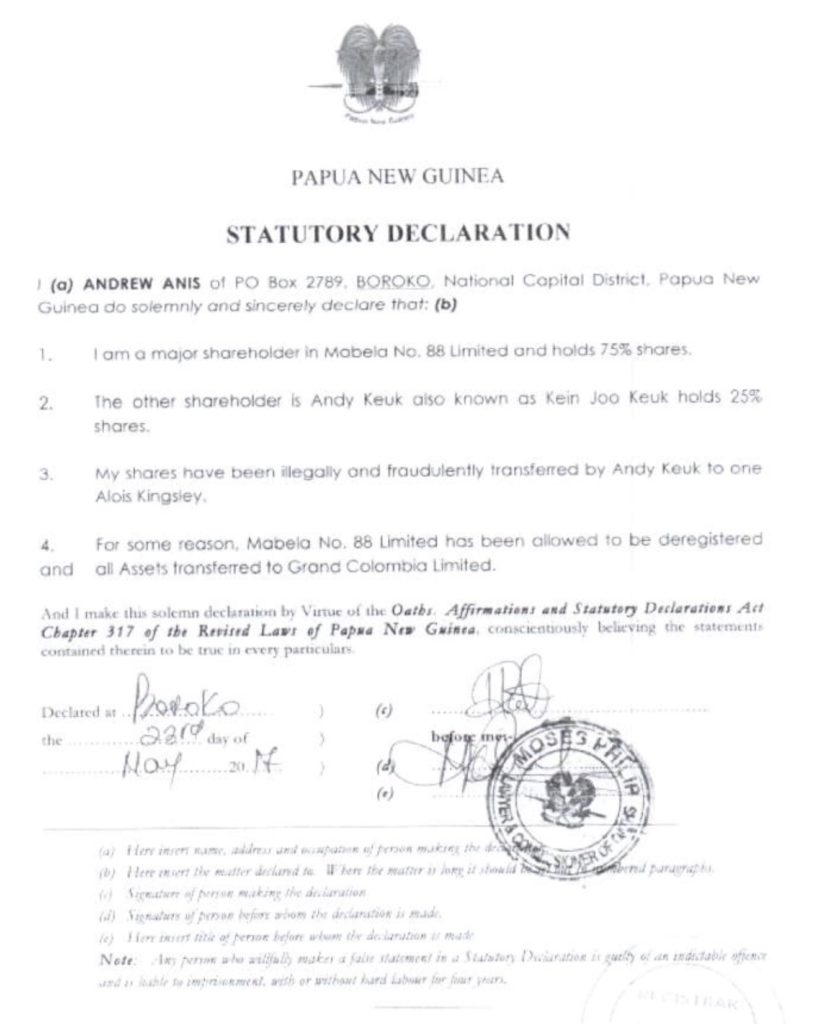 Image: Statutory declarations filed with the IPA by Andrew Anis outline the allegations against Andy Keuk and Alois Kingsley

In an unrelated court case it was noted Fincorp repossessed a Mazda BT50 Single Cab 4×4 from Kombiu Guards and Securities Limited, with K13,107 owing. The vehicle was then sold off to pay the outstanding balance. The purchaser was Alois Kingsley according to an affidavit deposed by Adam Hughes, the man accused of conspiring with Andy Keuk to steal shares belonging to Andrew Anis.

Fincorp did not respond to PNGi’s request for comment.

While it is not clear who inside Fincorp is responsible for the illegal conduct condemned by the National Court, or to what extent Andy Keuk is aware of these actions as a major shareholder and Director, the nature of the allegations against Fincorp create a concerning pattern that ought to interest in theory the Central Bank which is responsible for oversight of licensed financial institutions.