In dramatic scenes, after 11 years on the run, Indonesian fugitive Djoko Tjandra (also known as Joe Chan) has finally been arrested in Malaysia and returned back to Indonesia where he is to serve a prison sentence. Tjandra was convicted by the Supreme Court of Indonesia in June 2009 for corruption and sentenced to two years prison. Tjandra was also ordered to repay the $57m he personally made from the crooked deal.

But he fled Indonesia, evading sanction.

The then Foreign Minister Ano Pala claimed giving citizenship to the Indonesian criminal would bring in K5 billion in direct investment.

But this was not just about money, Pala admitted. It was about upholding fundamental human rights. The Foreign Minister claimed: ‘I thought great injustice was done to Mr Djoko Tjandra in his own country. I made the tough decision to demonstrate that we as a country can also save a person who has not been treated well in his own country’.

One of those public figures who helped Tjandra evade Indonesian authorities and live the life of luxury with his supremely wealthy family in PNG, is Prime Minister James Marape. He was far from alone.

But there were people of moral fibre too, who stood up for the integrity of the law and the people. The late Dr Kalinoe is one such man of substance who stood up in his capacity as Justice Secretary. 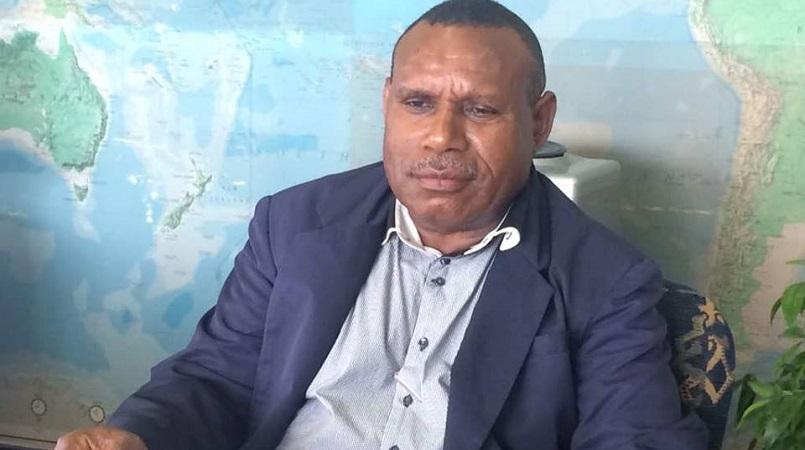 Kerenga Kua and Gary Juffa are two political figures who to their credit also called foul. But they were outnumbered and out gunned by the bad guys in this instance.

Despite obtaining PNG citizenship, it was not all smooth sailing for Djoko Tjandra (aka Joe Chan) in Papua New Guinea.

On 23 January 2013 Chief Secretary, the late Manasupe Zurenuoc, wrote to the Foreign Minister Rimbink Pato, informing him that Tjandra’s citizenship had been granted under questionable circumstances. He recommended cancelling the passport.

At NEC meeting No 01/2013 on 6 February 2013, the request was deliberated on. Minister for Justice and Attorney General, Kerenga Kua, supported the Foreign Minister, arguing he be empowered to seek a National Court order revoking and nullifying Tjandra’s citizenship.

The Ombudsman Commission then recounts the strange turn of events that were to follow:

On 25 September 2014, Hon Kerenga Kua, MP, during interview under Oath with the Commission stated that during the deliberations of the policy submission, the NEC had approved the recommendations as per the submission. He then briefed out the matter to Kuman Lawyers to take carriage of the matter. He further stated that when he returned to get a copy of the NEC Decision to give to Kuman Lawyers, he was surprised to note that the written decision turned out to be the opposite of what was discussed during the meeting. That is the recommendations were not approved.

It appears a potentially fraudulent set of NEC papers led to the setting up of a Ministerial Committee of Review, which would consider the circumstances under which citizenship was issued to Tjandra. The Committee featured Hon James Marape, Hon Patrick Pruaitch, and Hon John Pundari.

According to the NEC paper in question: ‘They were appointed to investigate the issue including the review of Citizenship Advisory Committee (CAC) act [CAC Chair advice supported granting Tjandra Citizenship in 2012] and report back to the Cabinet’.

According to the Ombudsman Commission James Marape and his colleagues ignored their terms of reference and instead limited their inquiry to Tjandra/Chan’s appeal against the Foreign Minister’s decision to cancel his passport. The Ombudsman Commission states: ‘The MCoR [Ministerial Committee of Review] … conducted a review into Mr Joe Chan’s appeal against the decision made by Minister for Foreign Affairs & Immigration, Hon Rimbink Pato, OBE, LLB, MP to cancel Mr Joe Chan’s passport on 23 January 2014’.

In their report, James Marape and his colleagues observe: ‘[T]he Committee has also received representatives from the Government of the Republic of Indonesia in respect to Chan’s [Tjandra] conviction in Indonesia. These are matters involving a different legal system and the issue of extradition is not a matter before the Committee, or within its mandate’.

As a result of this deeply flawed rationale the committee concluded: ‘Pursuant to its powers under Section 13(5) of the Act, the Committee hereby revokes the decision of the Minister to cancel PNG Passport B 330971 issued to Joe Chan [Joko Tjandra] as contained in the Notice of Cancellation dated 23 January 2013’.

In other words Joko Tjandra/Joe Chan was back in business and safe from Indonesian authorities.

Since then Tjandra and his family have been implicated in scandal after scandal  (see for example MINISTER AND SECRETARY MISLED GOVT OVER K10 BILLION TOWER DEAL). Despite the brave work of many outspoken activists, and the Ombudsman Commission, Tjandra appeared to be above the law. Until now that is. Sadly, justice was not served in PNG, where it appears fugitives can obtain protection from the political elite, it took place in Malaysia.

But he is the Houdini of criminal justice. This may not be the last chapter in the Tjandra saga.