Is Rimbunan Hijau ending its plunder of PNG forests? 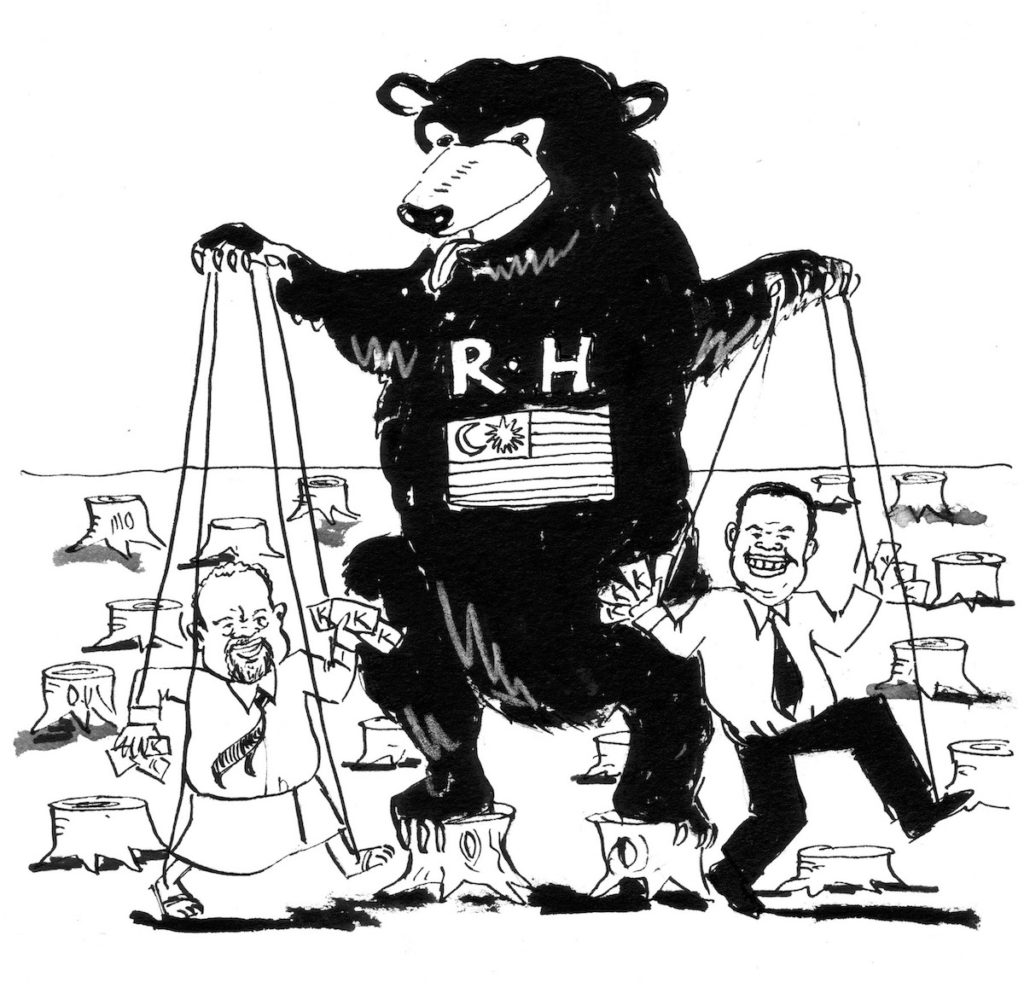 The RH name has become synomous with political corruption in PNG

For more than 25 years Rimbunan Hijau has dominated the logging industry in Papua New Guinea; so much so that the name ‘RH’ has become ‘popularly synonymous not just with the problems of the logging sector but with corruption and anti- Chinese sentiments in general’.[1]

At it’s peak, RH was responsible for more than 50% of PNG’s annual log exports, much more if anecdotal reports of hidden company ownerships are true, but in recent years the official figures have been declining.

In 2020, Rimbunan Hijau recorded its lowest ever volume of log exports from PNG.

Indeed, in the second six-months of 2020, RH exported logs from just three concession areas; Andru Johana, Huhu plantation and Wawoi Guavi. At its peak, RH was operating in more than 25 different forest areas.

Rimbunan Hijau is a Malaysian company established in Sibu in 1976. Originally it was involved in the domestic logging industry in Sarawak, but a dwindling supply of harvestable logs, fuelled by a government decision to phase out log exports, forced it to look overseas. The name Rimbunan Hijau was first registered in PNG in 1987, and, according to Gabriel and Wood, by 1989, RH was already well established; having bought up ‘numerous’ other logging companies including the Wawoi Guavi Timber Company.

RH’s arrival in PNG coincided with the seminal Commission Of Inquiry into Aspects of the Forestry Industry, which found extensive abuses in the sector, including widespread corruption and mismanagement. In his final report, published in 1989, the Commissioner, Justice Barnett, described foreign logging companies as ‘roaming the countryside with the self-assurance of robber barons; bribing politicians and leaders, creating social disharmony and ignoring laws and policy in order to gain access to, rip out, and export… valuable timber‘.

A suite of reforms introduced in 1991, did nothing to stem the corruption and unsustainable logging. At the same time, RH continued to grow. By 1994 it was operating in least 25 separate concession areas across 11 different provinces.

Although criticised for rarely declaring any profits, Rimbunan Hijau has been able to use the huge revenues from its logging operations, conservatively estimated  at US$2 billion, to invest heavily in other sectors of the PNG economy. Indeed, RH has built an impressive portfolio of businesses and investments, not just in PNG but also Australia and New Zealand.

At first RH concentrated on building a network of companies to support its logging operations; timber processing, a third-level airline to service its remote logging camps, a local shipping business, a travel agency, office equipment supplies and a large restaurant where it could entertain dignitaries. Then came the supermarket, the RH Hypermarket in Port Moresby was the biggest in PNG when it opened, and a national newspaper and printing business provided a host of benefits.

From there the lucrative property market and rapidly expanding retail and leisure sectors provided new avenues for expansion. First, the Vision City ‘mega mall’, the largest shopping and entertainment complex in the Pacific, then The Stanley luxury hotel, opened in the heart of the government district just in time for APEC 2018 and now host to political parties’ fundraising balls and a favourite venue for government seminars and workshops. RH has also ventured into mining and minerals exploration in PNG

In New Zealand, RH subsidiary Earnslaw One is now the fourth largest forest owner and has plantations across the whole length of the country. Established in 1990, Earnslaw has also expanded into timber processing, property development, retirement villages, salmon farming and kitchenware under the Oregon Group name.

In Australia, according to the website Rimbunan Hijau Watch, RH interests include a network of property management companies, including Landmark Projects, a number of agricultural businesses, including mango plantations and cattle ranches, and large retail complexes. In 2019, RH Group wasseeking approval for a $1 billion country club, resort and equestrian centre in Townsville.

Perhaps little wonder that the remote, inaccessible, humid and often malaria infested forests of Papua New Guinea might be of declining interest to the company.

In recent years RH has struggled for access to large new forest areas, repelled by a combination of local resistance, regulatory oversight and court cases. Its attempts to unlock new forest areas through the now notorious misuse of agriculture leases blew up spectacularly after the government ordered a Commission of Inquiry and its attempt to expand into palm oil production has struggled in the face of poor location choices, community opposition and fluctuating political fortunes.

Revelations about the logging industry’s tax evasion schemes, new audit oversight and increased export taxes as a short-term government response, have not made life any easier. 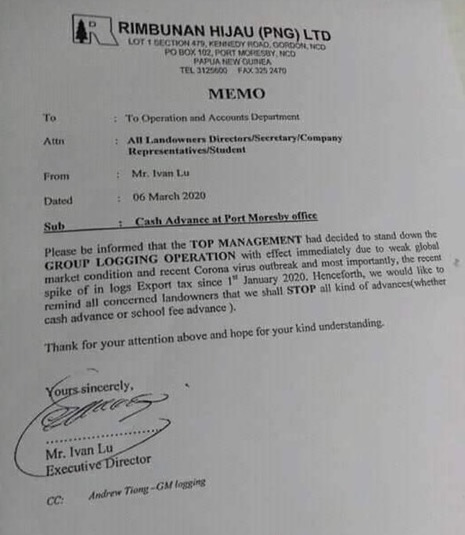 In March 2020, RH advised it was to ‘stand down the group logging operation’ due to weak global markets, the COVID pandemic and ‘most importantly’ the government’s increase in log export taxes. It seems unlikely though the log tax increase has forced RH’s move to abandon the logging industry, as other foreign owned logging companies have stepped into the void and overall log export volumes from PNG remain high.

Rimbunan Hijau did not respond to a request from PNGi for comment on this story, but hopefully we might hear soon whether, indeed, its plunder of Papua New Guinea’s forests is finally drawing to a close.