In February the Australian Financial Review (AFR) broke the story of a bribery scandal surrounding the current Minister for Commerce and Trade, William Duma.

It is alleged that in 2011 the Australian listed Horizon Oil paid a US$10.3m bribe to a Papua New Guinean shell company with ties to the Minister in order to get an oil exploration licence renewed.

The shell company, Elevala Energy, was owned and controlled by the lawyer Simon Ketan.

William Duma, who has consistently denied any wrongdoing, initially maintained that he and Ketan were not close, a claim that PNGi has already shown not to be true.

Horizon Oil has since terminated its chief executive Michael Sheridansaying his position was “untenable”. Both the Australian Federal Police and authorities in Port Moresby are said to be investigating the bribery allegation.

Meanwhile, the AFR has revealed new facts that could further implicate the Minister and draw another prominent individual, Darrell Seeto, into the alleged conspiracy.

According to the AFR, three Australian banks, Westpac, Commonwealth and Macquarie Group have all notified the Australian regulator AUSTRAC of suspicious transactions relating to the possible laundering of the US$10.3 million paid by Horizon to Elevala Energy.

One of the transactions it is claimed relates to the purchase of a A$1.5 million luxury house in Brisbane. It is alleged Mr Duma was one of three men who inspected the property before it was purchased. It is also claimed that Duma’s family lived in the house while his two sons attended the nearby and exclusive St Peter’s Lutheran College.

The Brisbane house was allegedly purchased in the name of Baccarat Investment Solutions, a company controlled by Darrell Seeto. Seeto is a former Macquarie Group private banker who, says the AFR, ‘was involved’ in the original Horizon Oil licence deal and who Mr Duma subsequently appointed to the Board of the National Development Bank.

This comes in the wake of the recent UBS loan scandal involving former PM, Peter O’Neill, the oil and gas industry, Australian banks and exclusive property purchases. Shortly after the disastrous UBS loan deal was arranged to purchase Oil Search shares, O’Neill’s son was found living in an exclusive Sydney mansion purchased by one of O’Neill’s business partners, a purchase facilitated by the same law firm that had been advising the O’Neill government on the loan.

Below we recap the Horizon Oil story so far, detail the latest allegations, and add some exclusive new findings which emphasise the need for Mr Seeto and his role in the affair to be investigated by the authorities in both Australia and PNG.

In 2010, Horizon Oil Limited ‘found itself under pressure in PNG’ when the then Petroleum Minister, William Duma, deemed it had breached the conditions of its exploration licence and threatened to revoke it.

According to the AFR, which says it has a cache of leaked documents from inside Horizon Oil, the company suspected it was being set up for ‘a handout for a problem that doesn’t exist’.

Horizon though tried to resist. A legal case followed after Duma opened up the license to other bidders.

But then, Horizon Oil abruptly changed tack. It wrote a grovelling letter to Duma, regretting the issue and saying it was open to ‘any suggestion’ of how the matter could be resolved’.

A solution was found and in March 2011 the parties settled their legal action. A new exploration licence was issued. The catch was that Horizon only had a 70% stake in the new licence. A local oil and gas company, Dabajodi International Energy (now Kina Petroleum), received 20 per cent, while a hastily restructured company, Elevala Energy, received the other 10 per cent.

Elevala was, in effect, a shell company with no experience or capital to develop a gas exploration project. Its sole shareholder though, Simon Ketan, had close personal and professional links to Minister Duma.

Duma and Ketan were once colleagues in the same law firm and, after Duma went into politics, Ketan acted as his personal lawyer.

Elevala did not stay linked to the exploration licence for very long though. Within just weeks it was looking to sell its stake.

According to the AFR, another foreign company, the Canadian based Talisman Energy was interested in buying half of Elevala’s 10%. The company pulled out of the deal though after its senior lawyer warned ‘there was some corrupt behaviour on the part of Elevala in the acquisition of their interest’.

Horizon though was not so squeamish. It bought the whole 10% stake off Elevala, paying US$10.3m into the PNG company’s account with Westpac Bank.

According to the latest revelations in the AFR, the US$10.3m paid by Horizon Oil did not stay in Elevala’s PNG bank account for very long. Portions were soon transferred back to Australia and into accounts at the Commonwealth Bank and Macquarie Group.

Some of that money, says the AFR, has been linked to the purchase of a $1.5 million house in the Brisbane riverside suburb of Indooroopilly.

The house in Glencairn Avenue was bought in November 2011, just a month after Horizon Oil made its final payment to Elevala. It was allegedly purchased in the name of Baccarat Investments Solutions. Baccarat is a company controlled by the Australian Darrell Seeto, a former Macquarie Group private banker.

Shortly after it was purchased, Mr Duma’s family moved into the house says the AFR and Mr Duma’s sons attended the nearby St Peter’s Lutheran College. The college is a private school which charges up to $66,287 a year for full fee-paying international boarders.

The AFR says any suggestion of the house purchase being tainted could see it targeted by the Criminal Assets Confiscation Taskforce (CACT), which is run by the Australian Federal Police.

The AFR claims Darrell Seeto is known to be close to the Duma family and was involved in the deal which saw Horizon Oil granted its lucrative petroleum licence in PNG by Mr Duma’s department.

Mr Seeto, who now works at stockbroker Shaw & Partners, advised Kina Petroleum on its ASX listing while at Macquarie, says the AFR. This followed Kina being granted a 20 per cent interest in the exploration license PRL21.

The AFR says Mr Seeto declined to comment on its story,

PNGi has confirmed that Mr Seeto is indeed the sole director and secretary for Baccarat Investment Solutions Pty Ltd, the company the AFR says purchased the Brisbane house. 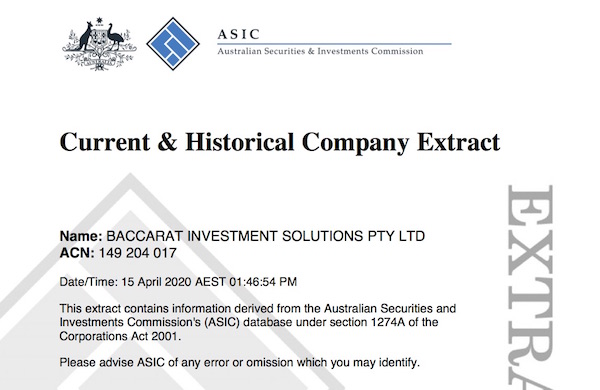 Image: The full ASIC Extract for Baccarat Investment Solutions can be download below Baccarat was registered in February 2011 and has two shareholders, Darrell and Laetitia Seeto who jointly own the company.

In January 2019, Mr Duma appointed Mr Seeto deputy chairman of the National Development Bank, which is mandated with providing credit to small and medium-sized businesses in PNG. 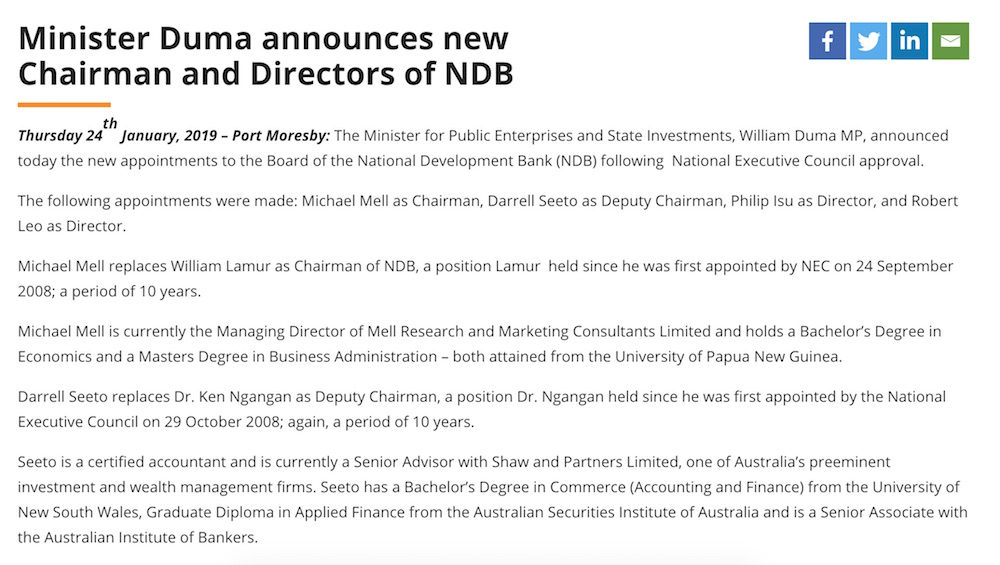 Image: The notice confirming Duma appointed Seeto to the Board of the National Development Bank

PNGi can also reveal that Mr Seeto’s connections to the Horizon Oil scandal run a little deeper than just working as an advisor to Kina Petroleum.

In Papua New Guinea, Darrell Seeto is a shareholder in three companies.

He owns one-third of Kumul Energy Resources Limited, the other two-thirds is owned by a Sandra Chan. Seeto, Sandra Chan and John Chan are the three directors.

Both Darrell Seeto and Kumul Energy Resources are shareholders in Kina Petroleum Limited. Remember Kina Petroleum is the company granted a 20% stake in the exploration licence issued to Horizon Oil in March 2011.

Seeto is also the sole owner of DMS Investment Solutions Limited, a company he co-directs with John Chan. 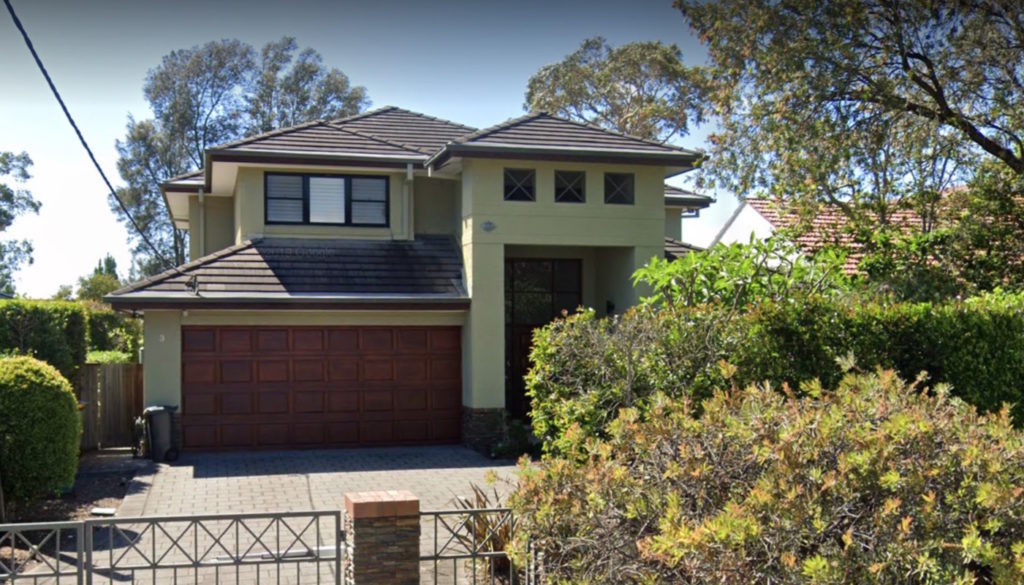 Mr Seeto’s home address is in the Sydney Upper North Shore suburb of Killara. His home is variously described as a 4 or 5 bedroom home with 3 bathrooms a swimming pool and a value around A$2.5 million.

Given his prominent position on the Board of the National Development Bank and the privilege of dual citizenship granted to him in 2018, Mr Seeto owes the people of PNG a full and frank disclosure on his role in the Horizon Oil scandal and his connections to the Glencairn Avenue property.

In the meantime, we hope both the Australian Federal Police and the Royal PNG Constabulary will be urgently seeking to interview Mr Seeto.

The documents below evidence Darrell Seeto’s company ownerships and the purchase of two sets of shares in Kina Petroleum.