The seizure of 700 tropical logs on two barges by authorities in Malaysia has raised once again serious questions about whether logs from Papua New Guinea are being illegally exported under the radar of customs and forestry officials.

Persistent rumours of illegal shipments of PNG logs have been fuelled by the ability of logging companies to stay in business despite officially declaring losses on their operations and by the high levels of harvesting reported from rural villages.

The Malaysian Maritime Enforcement Agency reportedly intercepted the two barges and two tug boats around three nautical miles off the coast of Borneo. 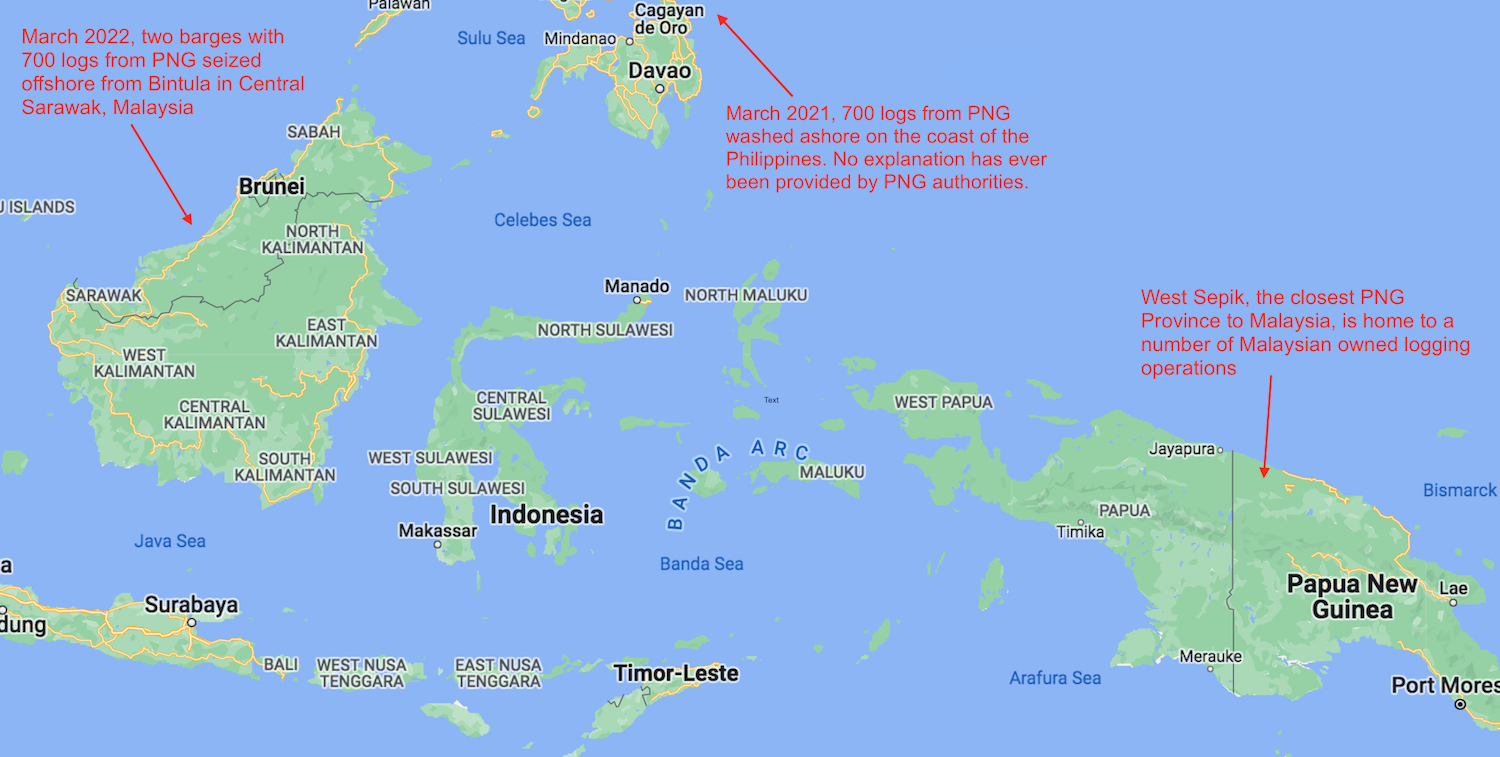 Fifteen crew members onboard the tug boats have been detained along with the boats and their cargo of logs. The crew comprise three Malaysians, eight Indonesians, two Indian nationals and two Myanmar nationals.

The MMEA says the crew are being investigated for offences under the Customs Act including failing to submit valid permits to unload the logs and failure to submit the necessary port clearance authorisation.

The offences carry a maximum penalty of five-years jail and fines of over US$20,000.

The log seizure in Malaysia come almost exactly twelve months after authorities in the Philippines reported 700 logs from Papua New Guinea had washed ashore along their coastline.

The logs found on the beaches of the Philippines reportedly bore the stickers of the PNG Forest Authority, yet the PNGFA has never offered any explanation for how 700 logs from PNG ended up there. Forest Minister, Solan Mirisim, has also not responded to questions put to him by PNGi about the log seizure in Malaysia and the logs found in the Philippines.