In October 2018, in the lead up to Papua New Guinea’s biggest ever role on the world stage, hosting the leaders of the powerful APEC bloc for their annual summit, a potential public relations disaster hit the front pages across the globe. 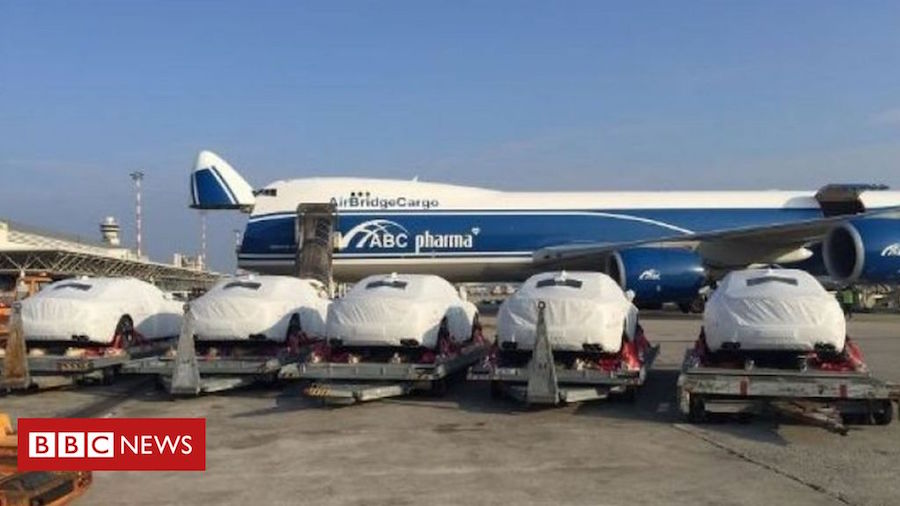 It was revealed that a government of a nation where the minimum wage is just $1 an hour and where a creaking health service offers just one doctor for every 18,000 citizens, was spending US$6.5 million on forty luxury Maserati sports cars to shuttle foreign leaders a few kilometres between the airport, their hotels and the summit meeting venues. 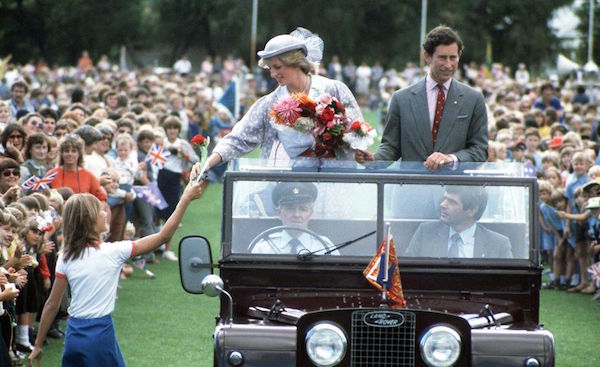 British royalty ride in the back of a humble Land Rover on a State visit to Australia. 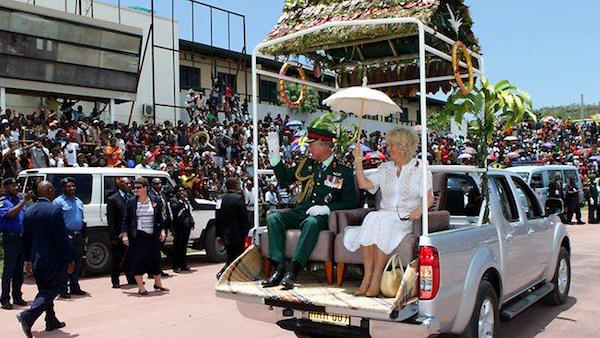 Prince Philip rode in the back of a Toyota ute on his last visit to Port Moresby.

When New Zealand Prime Minster, Jacinda Ardern, was questioned about the Maseratis she emphatically stated she would not be travelling in one. Instead Ardern would be ferried around Port Moresby in a Toyota Highlander.

The leaders of the world’s superpowers had their own ideas too. 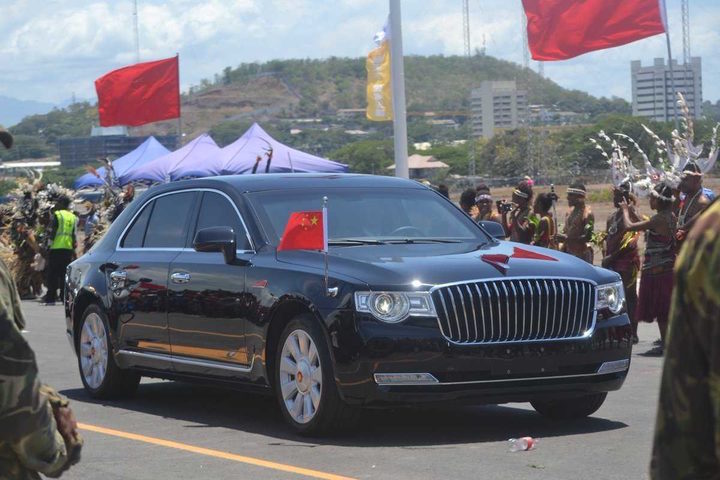 But Papua New Guinea’s Minister for APEC, the flamboyant ‘PNG Gardener’ and bird enthusiast, Justin Tkatchenko, thought spending K20 million on Maserati sports cars was a sound investment that would impress the APEC leaders. Although as PNGi reported at the time, his story about who was paying for the luxury Italian supercars changed numerous times.

First, in a signed media statement, Tkatchenko claimed the cars were being paid for by the private sector.

Except, of course, they weren’t being paid for by the private sector.

When a government invoice showing that the Italian superbreeds had been ordered through a Sri Lankan vehicle servicing and repair company, and were being paid for by the PNG taxpayer, Tkatchenko’s story changed. 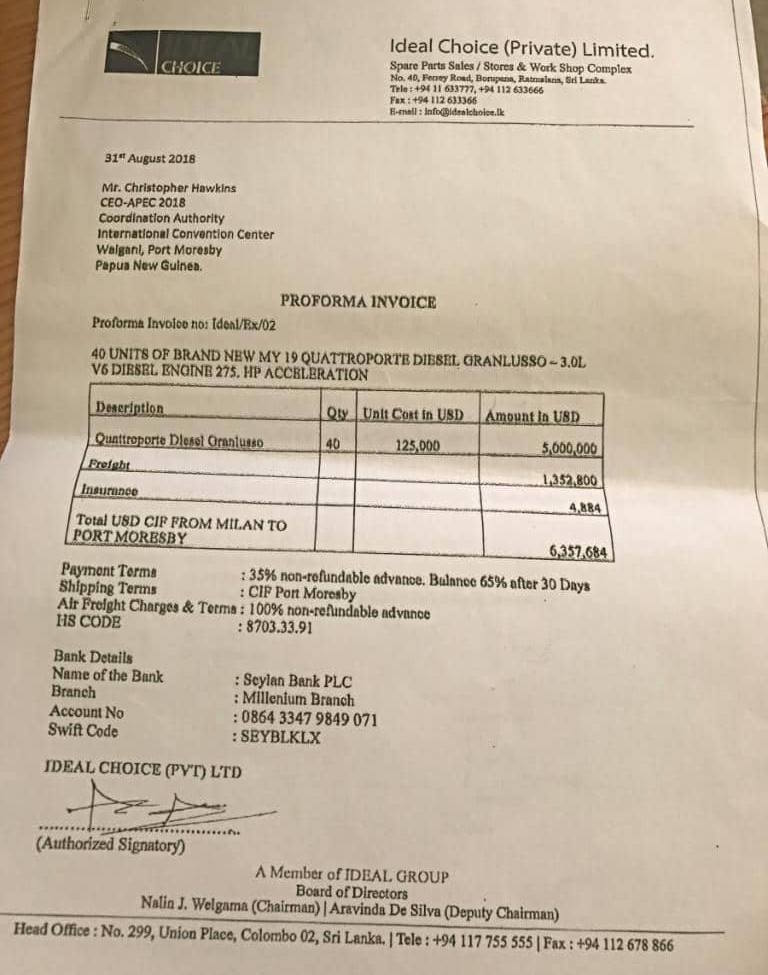 First, in an interview with News Corp, Tkatchenko admitted “of course we have paid a deposit to get everything here”.

But even that wasn’t the full story.

Finally, Tkatchenko confessed that the government was indeed paying the full cost of the cars and their airfreight upfront. But still Tkatchenko’s lies continued:

“[costs will] be totally reimbursed and there will be no burden at all to the government at the end of the day. They are selling like hotcakes.”

This was completely untrue. The cars would not be offered for sale to the public until months after the APEC meeting. Even then the response was less than lukewarm.

In the first public tender just two of the Maserati’s were successfully sold. The price the buyers paid has never been disclosed. Two subsequent attempts to sell the remaining vehicles have totally failed. Almost three years after they arrived in Port Moresby, the cars sit rotting in a seafront warehouse. 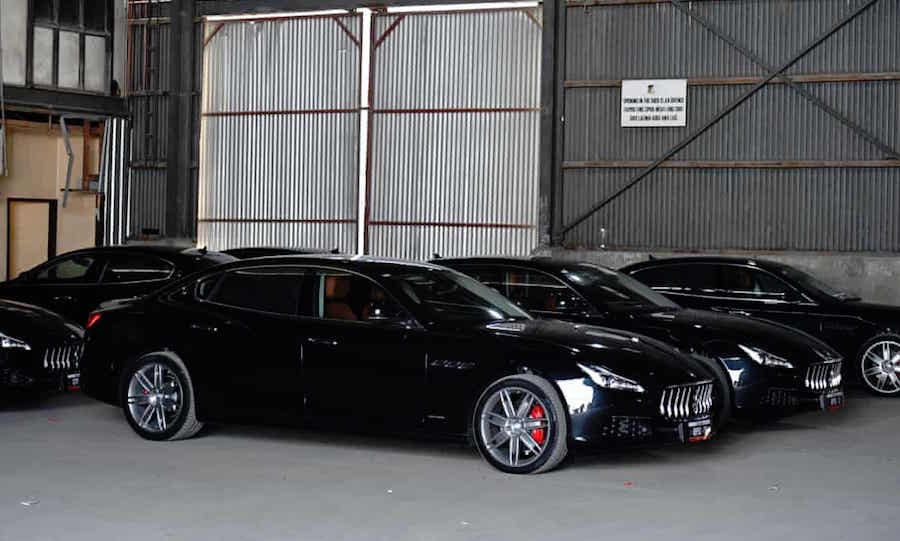 It is hard to think of a worse place to store forty Italian supercars than in a stinking hot warehouse right next to the seafront in a tropical city where people struggle to make ends meet.

In its growing desperation to offload the cars, the PNG Finance Minister, John Pundari, has recently announced any unsold Maserati’s will be offered to PNG’s overseas missions and the remainder will be retained by the government for use at future events. Whether they end up being shipped abroad to PNG’s embassies and consulates, or are kept in government hands in Port Moresby, the upkeep of the Maserati’s is set to be an expensive burden on the public purse for years to come.

In vaguely democratic countries, a Minister who is publicly caught out telling bare faced lies will usually have the good grace to resign. If they do not they can expect to be sacked. Especially when they have repeatedly tried to deceive the public over a K20 million waste of taxpayers money.

But Tkatchenko has no shame, and enough political capital it would seem, rather than nosedive his career to have blossomed.

Instead of being pushed out of government to rot in a warehouse, alongside his Maseratis, after APEC Tkatchenko continued to reign as Minister for Lands and Physical Planning. After the June 2019 elections he was welcomed back into government and rewarded with the powerful Housing and Urban Development portfolio. 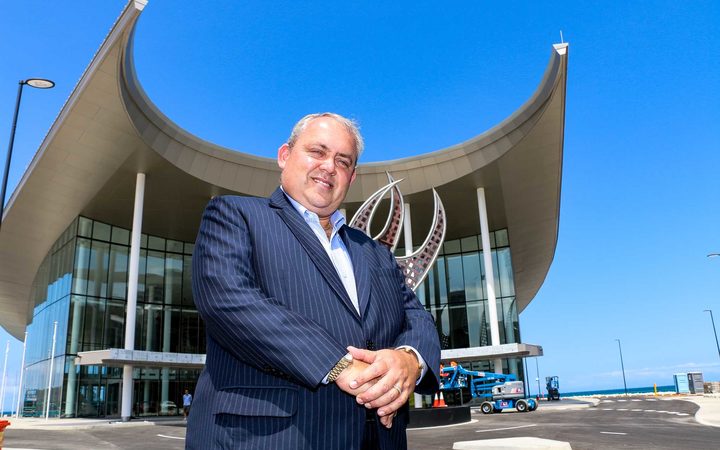 Despite his lies and broken promises the political career of Justin Tkatchenko has continued to flourish. Photo: Koroi Hawkins.

This is despite, as Minister for APEC, Tkatchenko never having presented the much promised and eagerly awaited independent audit on APEC spending to the PNG Parliament.

It is only in Australia, where Tkatchenko wants to construct a mansion retreat in the foothills to the west of the Brisbane CBD, that he is facing any governance hurdles. There it is local community opposition expressed through a democratic and open public planning process that has stalled his grandiose plans.

Architect drawing for the mansion Justin Tkatchenko hopes to build in the Brisbane suburbs.

It is a bitter irony that Tkatchenko wants to spend his retirement living the highlife, not in Port Moresby, but in Australia – far away from the place he and his ilk have gutted, with largesse for the elite and crumbs for the rest.