For decades the National Housing Corporation (NHC) has operated a racket, illegally selling off the national housing stock to business people, politicians and senior civil servants. Fraud, violence and intimidation is used to evict tenants and their families.

The NHC’s public mandate is set out in the National Housing Corporation Act 1990. It states that the agency can sell publicly owned dwellings to:

In other words it is not within the NHC’s remit to sell off national housing stock to wealthy business people or to politicians.

This well established and legally inscribed mandate placed upon the NHC did not help Lae based nurse, Rose Katu.

Since they took up residence at the NHC home in 1998 the couple expressed an interest in purchasing the property, writing on four occasions to the NHC with a proposal. The last proposal was made on 13 May 2013. The couple received no response.

In late 2013, behind the backs of the Katu family, NHC management initiated plans to sell off the Lae property to Ms Mei Lin. The then thirty one year old Ms Lin is described by the courts as a Chinese businessperson with commercial interests in Lae.

Mei Lin has recently changed her nationality on company filings to Papua New Guinean. PNGi has seen a copy of Mei Lin’s Papua New Guinea passport which was issued on 11 October 2016.  A search of the national corporate registry indicates her first corporate venture in PNG, KC 2 Limited, was established three years prior in April 2013. 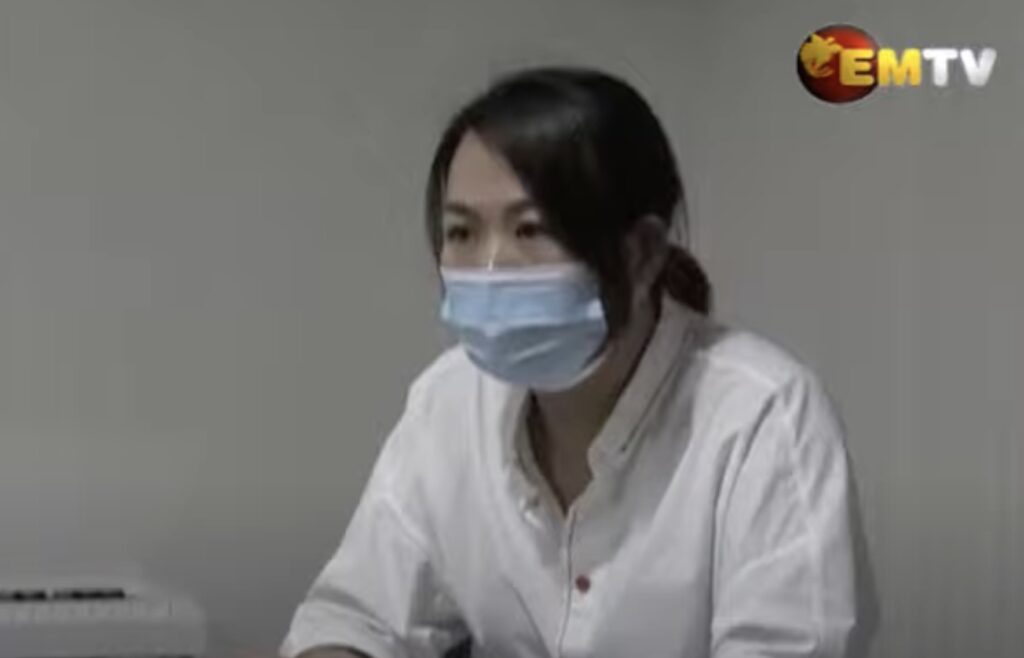 Mei Lin was interviewed by EMTV

According to Mei Lin she was approached in November 2013 by two NHC officers, Joe Bulagi and David Kaupa. They inquired whether Mei Lin would be interested in purchasing a number of NHC properties, including the Katu’s home. The proposed sale price was K350,000. The contract of sale was executed on 6 December 2013. Two days later Paul Katu passed away, leaving Rose Katu widowed.

According Mei Lin her company KC2 Ltd also purchased a second Lae property from the NHC, again for the exact same price of K350,000. All of this was signed off, Mei Lin maintains, by John Dege the then NHC Managing Director.

Prior to completion of the purchase, the courts contend, Mei Lin failed to conduct adequate due diligence to determine if the house rented by Rose Katu and her deceased husband was already occupied.

In an emphatic judgement, Justice Dowa declared that under the National Housing Corporation Act, Rose Katu ‘is the most qualified and eligible person’ to purchase the Lae dwelling, under the national legislation.

He also accused the NHC of acting dishonestly, when the corporation informed the National Court that the NHC had decided to sell the Lae property to Mei Lin after Rose Katu fell into rental arrears. A NHC letter was sent to the grieving widow to this effect on 15 January 2014. There was in fact no outstanding rent, the court found. Justice Dowa declared the letter to Katu a fraud perpetrated by the NHC in order to remove her from the family home of two decades, so Mei Lin could take the property unencumbered.

In opting to sell the property to Second Defendant [Lin Mei] who was a business woman with several companies was defeating the purpose of sections 3, 37 and 38 of the National Housing Corporation Act … The National Housing Corporation is set up to build, manage and provide affordable accommodation to the National workforce and to dispose of properties to eligible persons who lack the means to acquire properties at the competitive real estate market. The Second Defendant is not such a person.

The court quashed the sale to Mei Lin. Justice Dowa ordered the NHC to offer the Lae property to the most deserving individual under the National Housing Corporation Act, the long-serving nurse Rose Katu.

But the story does not end there.

Residents living at a separate NHC property on Cormorant Street in Lae were evicted by the NHC for ‘outstanding arrears’. This claim should be treated with scepticism given Justice Dowa’s finding in the case of Rose Katu. The NHC’s Lae boss maintains the eviction was conducted in order to offer the property to Mei Lin. It is claimed the NHC owes her company KC2 Limited money over properties she bought in 2013.

The Minister for Housing Justin Tkatchenko argues this new deal with KC2 Limited is illegal. Mei Lin, on the other hand, claims she is in fact the victim. Ms Lin believes she is owed compensation over the 2013 deals, despite the fact the Court declared the transaction illegal.

Mei Lin has not made clear in her public statements how she fits within any of the categories set out in the National Housing Corporation Act which would give her standing to buy public housing. Instead it appears from her media statement that Mei Lin views the NHC, wrongly according to the courts, as akin to a private real estate firm, selling homes to customers off the street.

At the very least, Mei Lin as an experienced business person should have conducted basic due diligence on the vendor. Had she, Mei Lin would have realised the NHC can not lawfully sell dwellings to her. Had she gone further and inspected the Lae home of Rose Katu, Mei Lin would have become aware of other individuals with an interest in the property.

Of course, this does not mean the NHC is entitled to keep the money she paid for these properties.  If this money has not been refunded, Mei Lin is within her rights to petition the Courts.

When EMTV asked Mei Lin about the previous legal challenges marshalled against her property deals, her bodyguard reportedly ended the interview.

Mei Lin did not respond to PNGi’s request for comment.

If you would like to read other stories alleging illegal or improper land deals involving Mei Lin, one article in The National claims she unlawfully acquired a PNG Defence Force property from the NHC, and there are claims presented in another article in The National, that Mei Lin has violated terms of a state lease given to her company FTM Holding.

The Katu family is not the only one to suffer from unlawful deals brokered by NHC management in Lae.

Thats not all - the Memafu case

A second recent case involves the married couple Murphy and Agnes Memafu. The Memafu family had been living in their Lae property since 1976 under a tenancy agreement with the NHC. The original leaseholder was Murphy Memafu’s father Harry. Harry had attempted to purchase the property in 1994, a request that was pending at the time of his death in 2007. Murphy took over his father’s tenancy with the NHC, with his wife Agnes. They related to the NHC their interest in purchasing the property.

Yet again the NHC attempted to sell off the property to a third party, in this case Morea Siaia.

Morea Siaia claims he first expressed an interest in acquiring the Memafu home from the NHC in 2016. A sale price of K350,000 was evidently struck in 2017 (K350,000 appears to be a popular number within the NHC).

Despite this judicial instruction, the sale with Morea Siai continued. In parallel the NHC also entered into a contract of sale with the Memafu family for the same property. It was only when Siai issued an eviction notice that the Memafu became aware of the NHC double dealing and subsequently began National Court action.

The National Court agreed that the conditions of the sale to Siai amounted to constructive fraud. And as a result the sale was quashed. The NHC was instructed to proceed with the contract of sale signed with the Memafu family who had resided in the dwelling since 1976.

With a steady stream of frauds making headlines of late, the Housing Minister has promised action. There is also a parliamentary committee inquiry into the NHC management in Lae. But with big fish from the NHC constantly wriggling off the hook, it is hard to see what meaningful deterrent currently exists for NHC management to observe the law.