Through a skeletal structure that wraps around the earth of the Southern Highlands, the Kutubu Petroleum Project extracts a rich interior of oil held beneath the surface.

Once exported onto heaving global markets, this translates annually into hundreds of millions in revenue for provincial governments and Fasu, Foe and Kikori landowners, channelled through a holding vehicle, Petroleum Resources Kutubu Limited.

But this assumes the wealth generated by the oil fields successfully flows through the corporate and financial plumbing into the hands of its intended beneficiaries, without impediment. 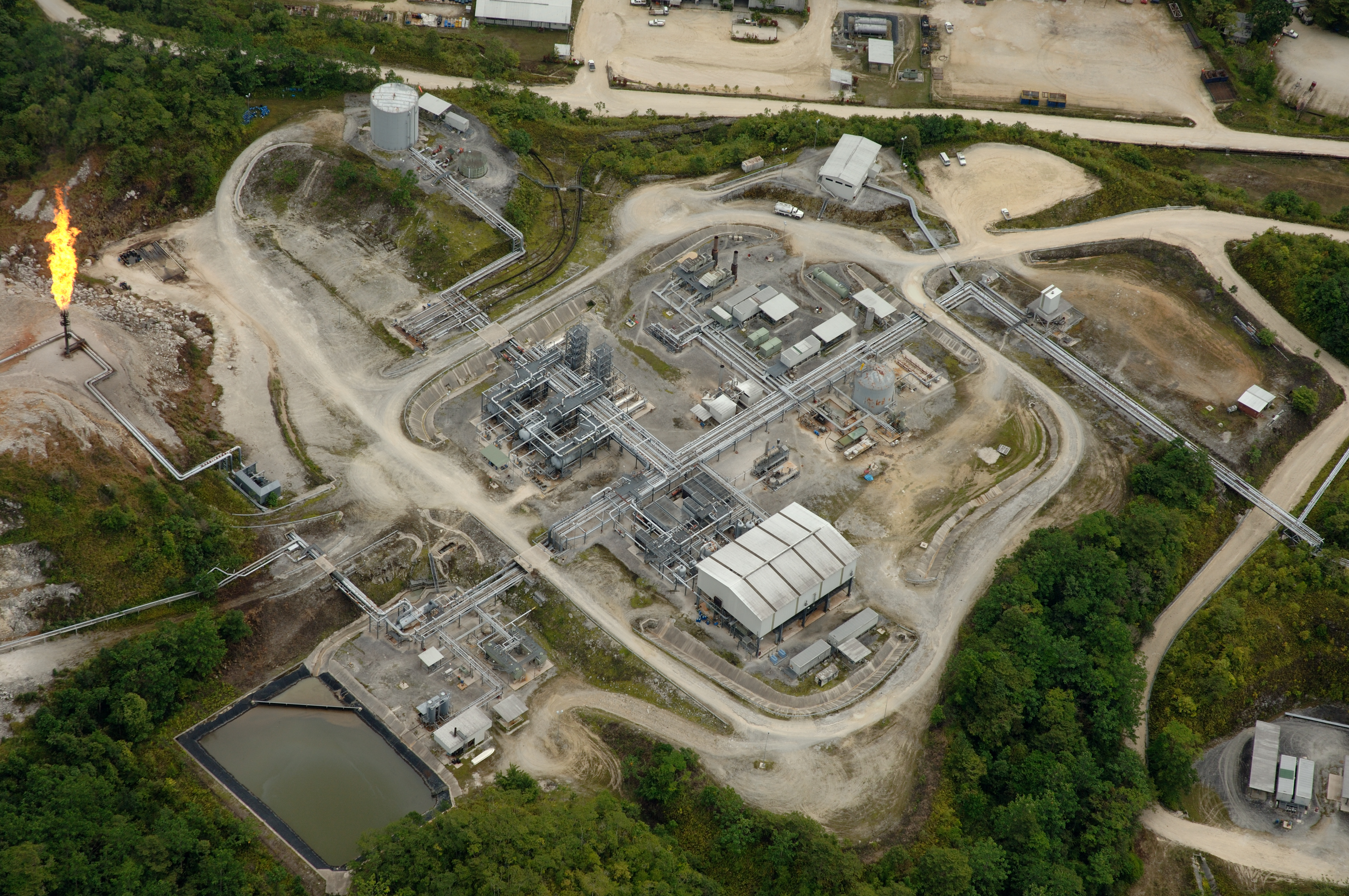 A significant burden of responsibility lies with the Mineral Resources Development Company to ensure this happens. MRDC is charged by the government with safeguarding revenues for provincial governments and landowners. The MRDC does this by managing and overseeing companies such as Petroleum Resource Kutubu Limited, which are purpose vehicles set up to preserve and distribute oil wealth for the community’s benefit.

However, according to independent audits conducted by international firm Deloitte, MRDC is failing in its duty to safeguard these moneys.

One concern, amongst the many raised by auditors, is a 2013/14 land transaction. It saw K33.58 million in Petroleum Resources Kutubu revenue pay for a shell company, Queental, whose sole asset is reported to be a plot of land valued at K15 million.

This in and of itself would be a matter of concern. Introduce into the equation the fact that the then Prime Minister Peter O’Neill was a shareholder in Queental Limited via his holding vehicle LBJ Investments, it is a matter that must in all justice be investigated by authorities to ensure this deal was in full compliance with the law and leadership code.

PNGi reached out to LBJ Investments, Queental Limited, and MRDC for comment on this irregular transaction. No response was received.

In violation of the companies law Petroleum Resources Kutubu Limited has failed to file an annual return since 2015.

The last annual return filed with the corporate registrar contain mandatory audits conducted by international auditing firm Deloitte’s which reached an adverse opinion over the accounts and financial statements, a notable black mark for MRDC which manages Petroleum Resources Kutubu Limited for a princely fee of K6.25 million (an amounted noted in its 2015 audit).

One reason pointed to by Deloitte partner Benjamin Lee for the negative assessment, was the purchase of Queental Limited, which had not been consolidated by Petroleum Resources Kutubu Limited. 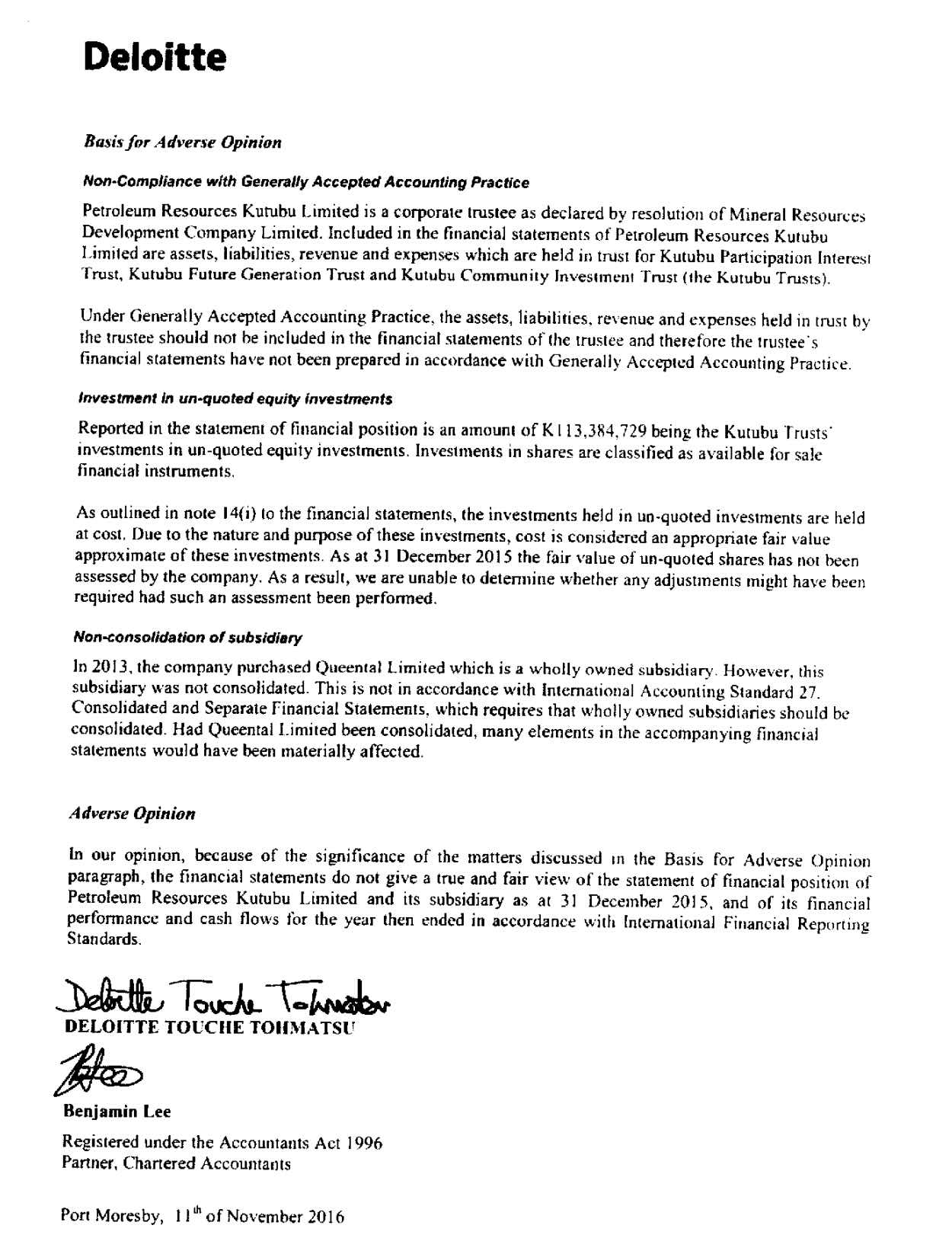 Deloitte’s report discloses details that raise serious questions about the acquisition of Queental.

This acquisition reportedly occurred through the purchase of shares in the company over two tranches. The first tranche took place in 2013 with a K15 million payment, a second payment was made of K18.58 million in 2014.

Deloitte’s observe, ‘Queental is a dormant Company with no operation. Queental owns a piece of land valued at K15 million’.

This prompts the question, why would MRDC use landowner funds to purchase a shelf company for K33.58 million with one asset, land valued at K15 million. The price appears to be far in excess of the company’s value.

The question has greater gravity given that Queental Limited’s former owners include then Prime Minister, Peter O’Neill, and Selina Subramaniam.

The company at the centre of this transaction flagged by Deloitte, Queental Limited, was incorporated on 25 April 2012.

Over the next year 5000 shares in Queental were issued to Selina Subramaniam. A further 4950 were issued to Petroleum Resources Kutubu Limited, and a notably small purse of 49 shares were issued to LBJ Investments. LBJ is  the investment arm of Peter O’Neill who was at the time Prime Minister.

While the IPA ordinarily lists previous shareholders in a company, LBJ Investments is not listed on the company extract as a former shareholder, despite documentation lodged with the IPA recording this share interest acquired by LBJ.

Following this initial release of shares in Queental, there was a series of further transactions. 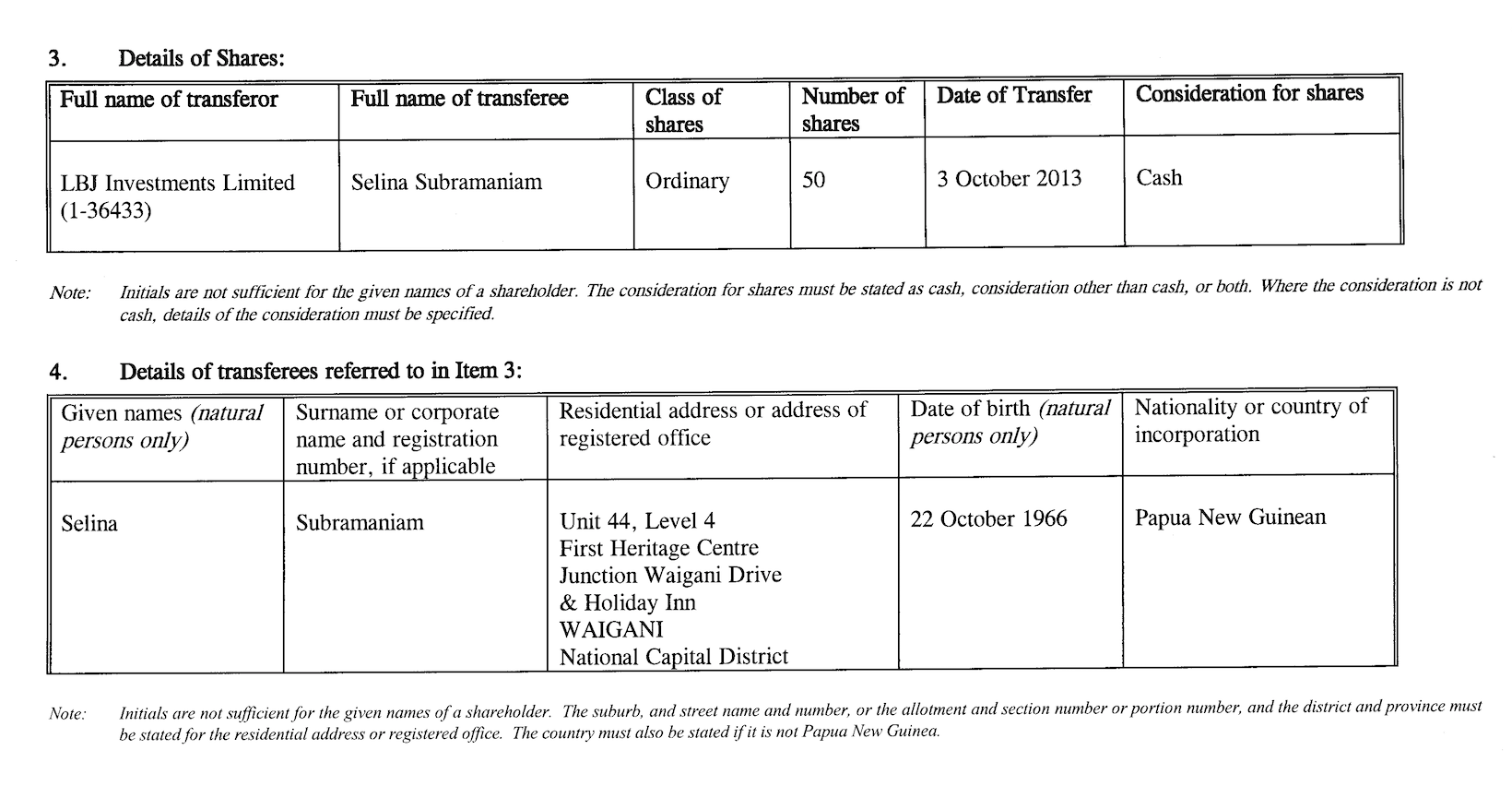 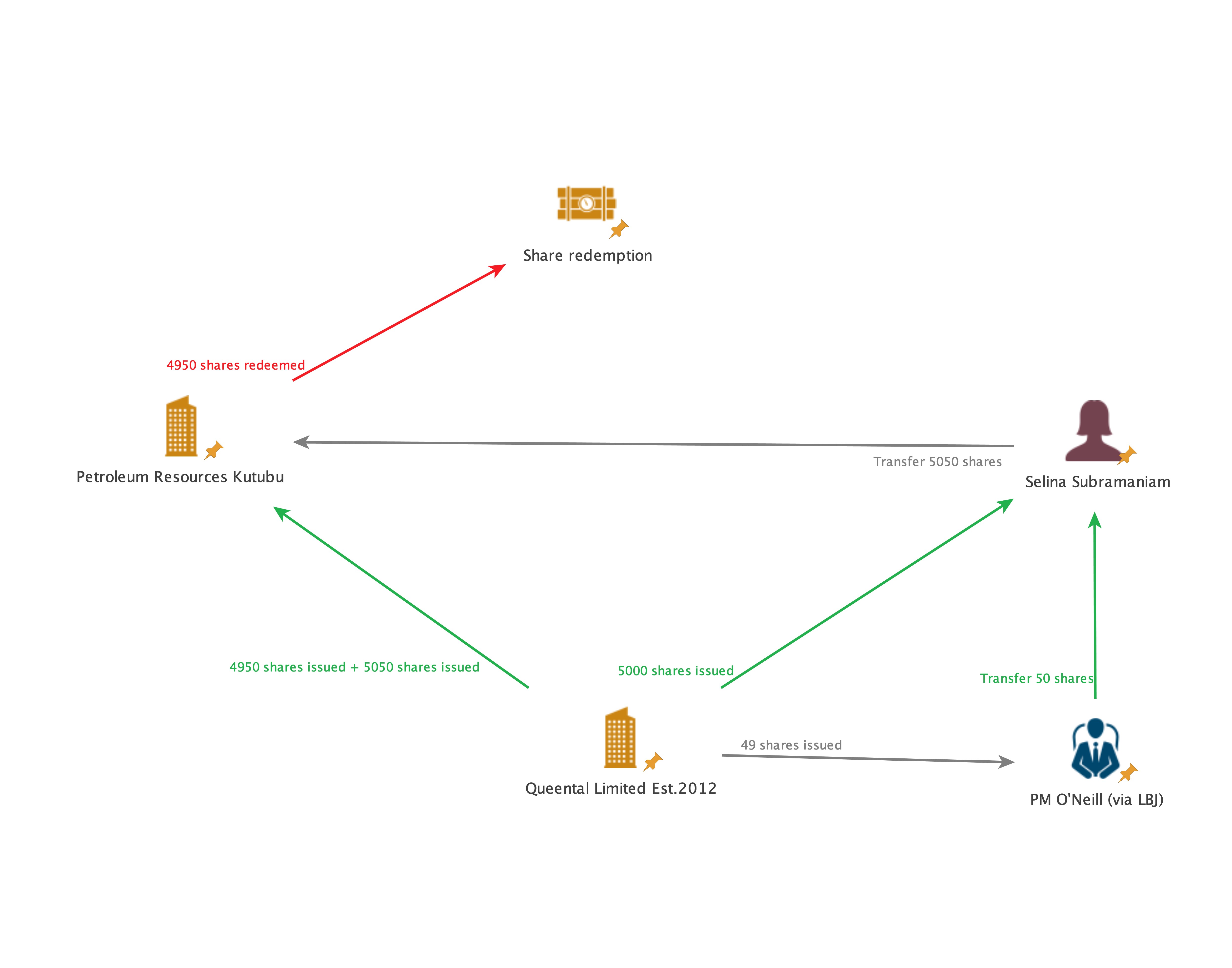 According to Deloitte, Petroleum Resources Kutubu initially made a K15 million payment during 2013 to acquire an interest in Queental. While the initial purse of 4950 shares was formally issued to  Petroleum Resources Kutubu Limited in 2012, the documentation for this transaction was not lodged until June 2013, at the very same time it was redeeming its 4950 shares shares.

This corresponds with the timing of the first K15 million payment.

After these shares were issued no subsequent documents were lodged by Queental Limited, including annual returns which are required by law.

While it is difficult to reach any clear conclusion based on the facts presented, the transactions flagged by Deloitte are a serious concern, given the red flag of an apparent unequal exchange, and the involvement of the Prime Minister in the company concerned.

It cannot be inferred wrongdoing took place. But in light of the potential damage done to the interests of landowning communities expecting to benefit from the Kutubu oil project, there is strong justification for a formal investigation to determine the integrity of the transaction flagged by Deloitte.

In this article
Deloitte Raises the AlarmDeloitte's Audit ReportQueental LimitedWhere to now?
Back to beginning of article