Since the 1990s, the southern face of Port Moresby’s iconic Paga Hill has been a prime target for property developers. Once a green soaked national park, the land has been eviscerated beyond recognition by preliminary construction work. 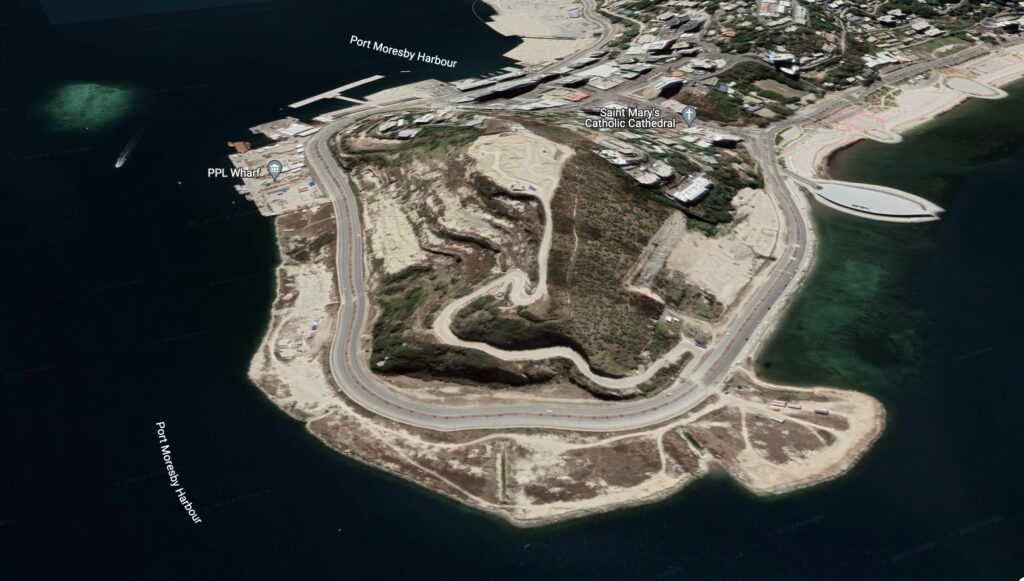 Image: Paga Hill as it sits in 2022 (Source: Maxar Technologies)

The state lease over the waterfront land, since 2000, has been held by Paga Hill Development Company (PHDC). Under the leadership of its current owner, Gudmundur Fridriksson, PHDC has championed a mixed-use estate, consisting of a marina, retail centre, cultural centre, aquarium, 5 star hotel, restaurants, war museum and several residential apartment blocks (for a review of PHDC’s problematic track record see here).

Borneo Pacific Pharmaceuticals’ questionable dealings in the area of medical procurement have reaped the Poh family vast fortunes, to the chagrin of anti-graft campaigners such as Transparency International.

Now it appears the Poh family are being congratulated by the Prime Minister for funnelling its profits into a new luxury apartment block on Paga Hill’s foreshore. At the ground-breaking ceremony for the proposed development Marape declared: ‘I thank the investors [Poh Family] for choosing to invest here’.

But who should be giving thanks?

PNGi has obtained lease documents which indicate this ultra-wealthy Malaysian family has obtained a state-lease over the prime waterfront location at Paga Hill, for an annual rent of just K8,400. The rent is calculated on the basis of 5% of the land’s unimproved value. In other words a block of prime water frontage in Paga Hill, one of the most expensive areas in Port Moresby, has been valued at just K168,000! 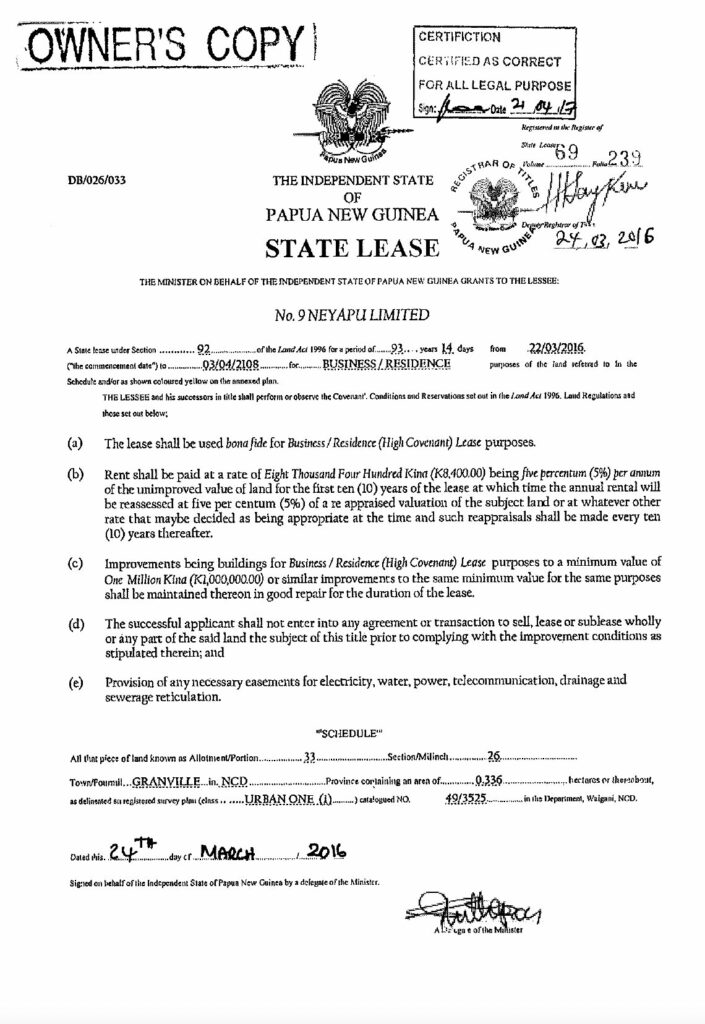 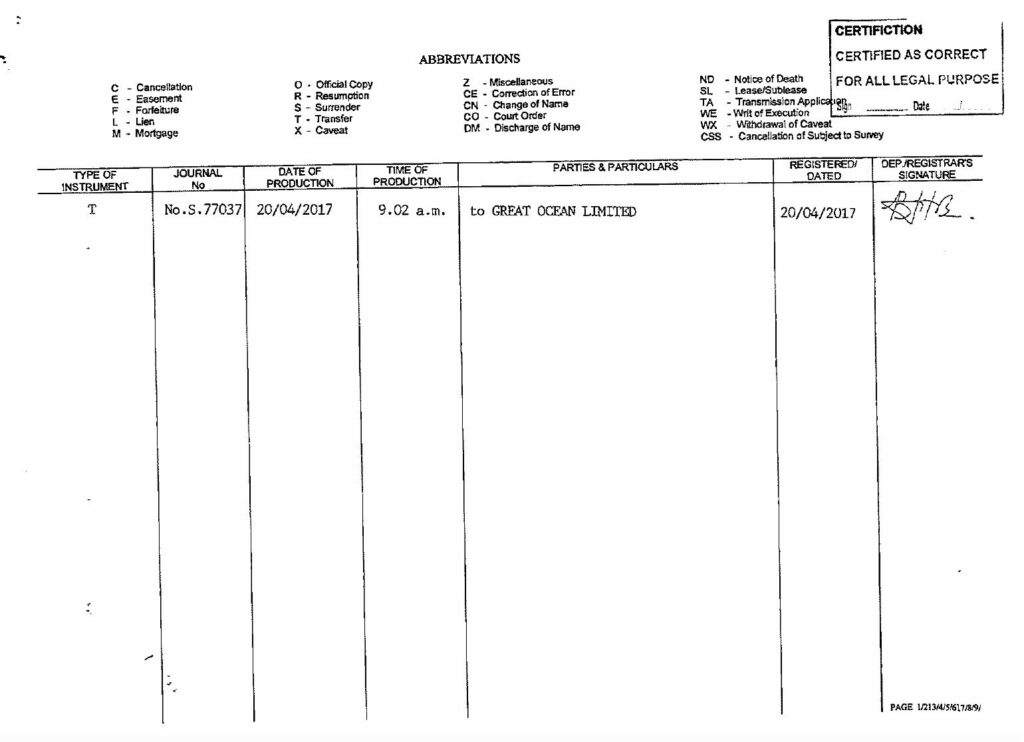 An investor memorandum prepared by PHDC, confirms the land is part of a ‘special economic zone’. Special economic zones are a contentious legal mechanism that exempt investors from tax and regulatory obligations.  PHDC sets out the key exemptions granted in a table. 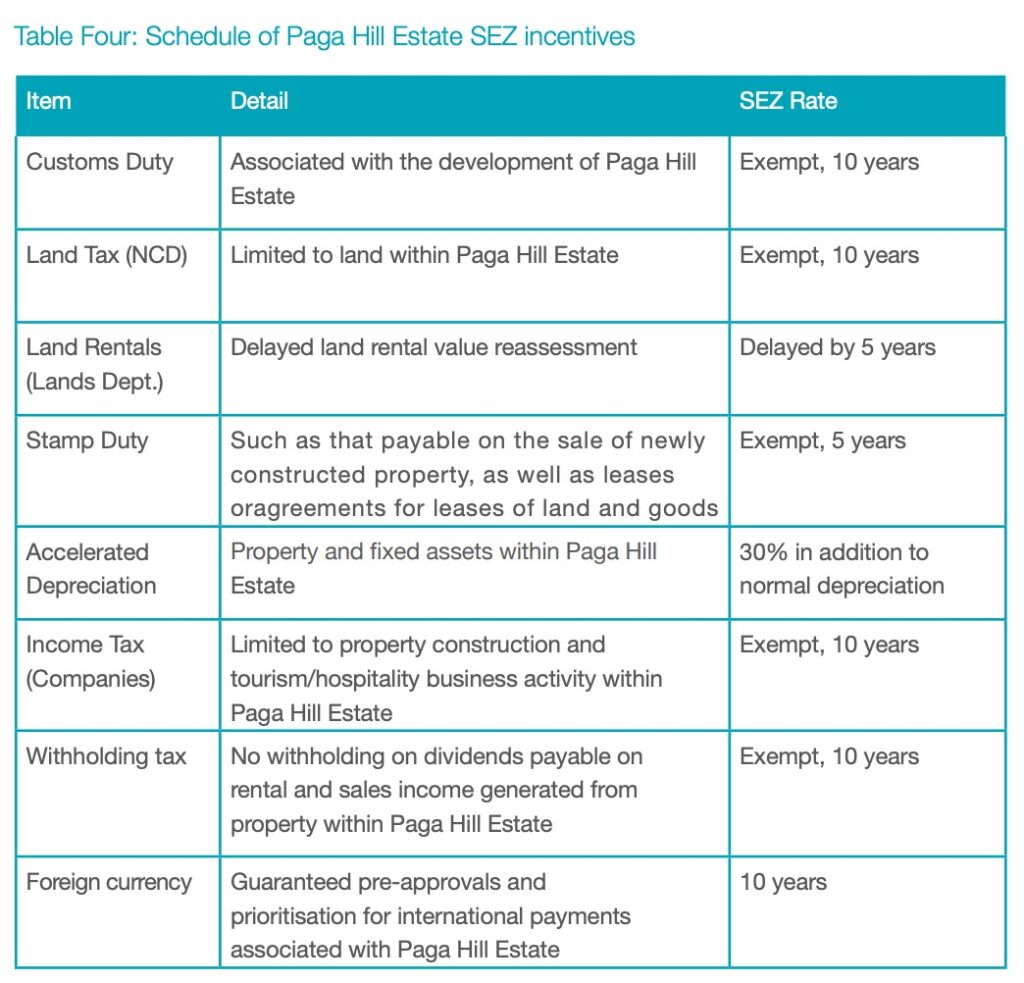 Given these tax exemptions, other benefits, and pepper-corn rents, it is perhaps counter-intuitive that the Prime Minister was the one thanking the Poh family.

Perhaps they plan to construct an iconic development with open spaces, recreation facilities and public amenities that makes this private development praise worthy? The computer generated images of the development suggest whats on offer is of questionable aesthetic or public merit. It stands in contrast to the artist’s impression of PHDC’s Paga Hill Estate. 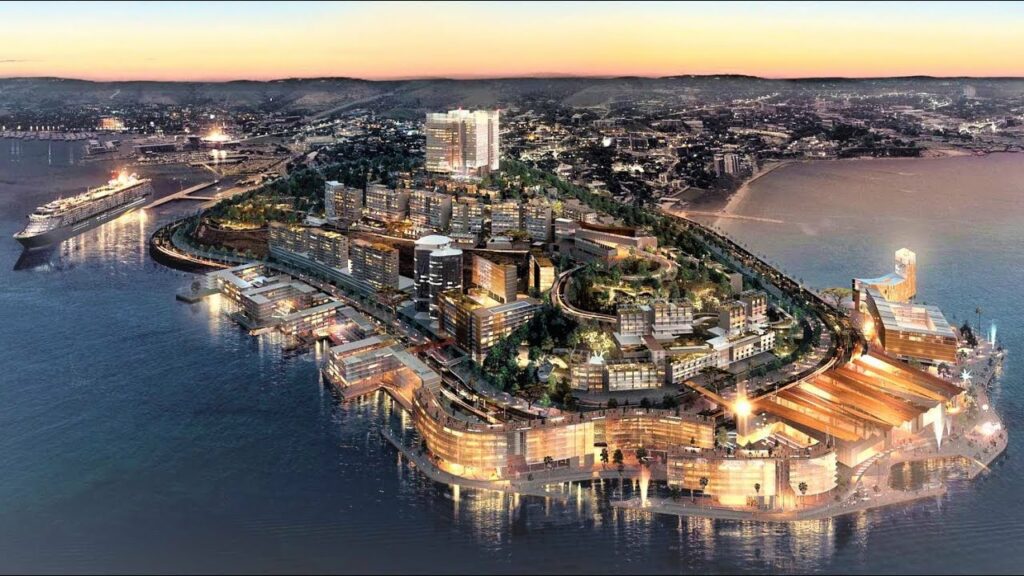 Then there is the question of what benefits go to Paga Hill’s traditional owners? Due to legal precedent from the colonial period, the traditional owners no longer have title to the hill and its surrounds. So it appears they will also be left empty handed – a fact pointed to by the Institute of National Affairs’ Executive Director, Paul Barker. 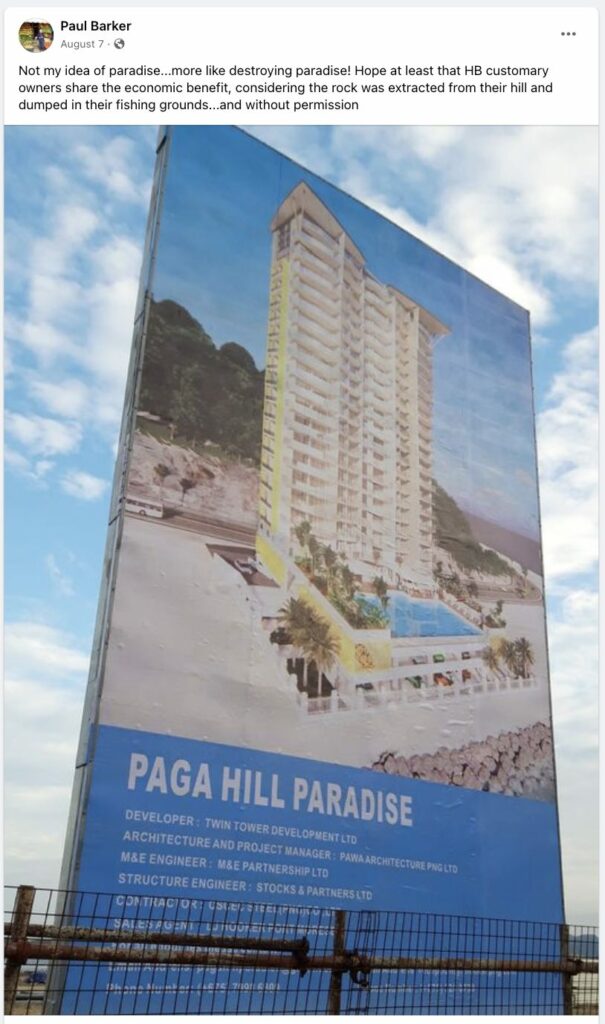 We did not receive a response.