The state alleges that Paul Paraka presided over and benefited from a vast scheme that saw K162,860,194.96 defrauded from the public purse. While proceedings have been delayed by a litany of appeals lodged by the accused co-conspirators, the subsequent procedural judgements have provided insight into the prosecution’s case.

In the first important window provided in the 2021 decision of Justice Berrigan, details were provided of an alleged money laundering scheme involving eight law firms. Justice Berrigan summarises its core features as claimed by the prosecution:

“It is alleged that the accused [Paul Paraka] caused the law firms to receive the payments, remove their commission and then transfer the monies to two accounts in the name of PPL [Paul Paraka Lawyers], over which the accused had control. According to the records of the Solicitor General, neither the accused’s law firm nor any of the law firms identified provided any services during the relevant period”. 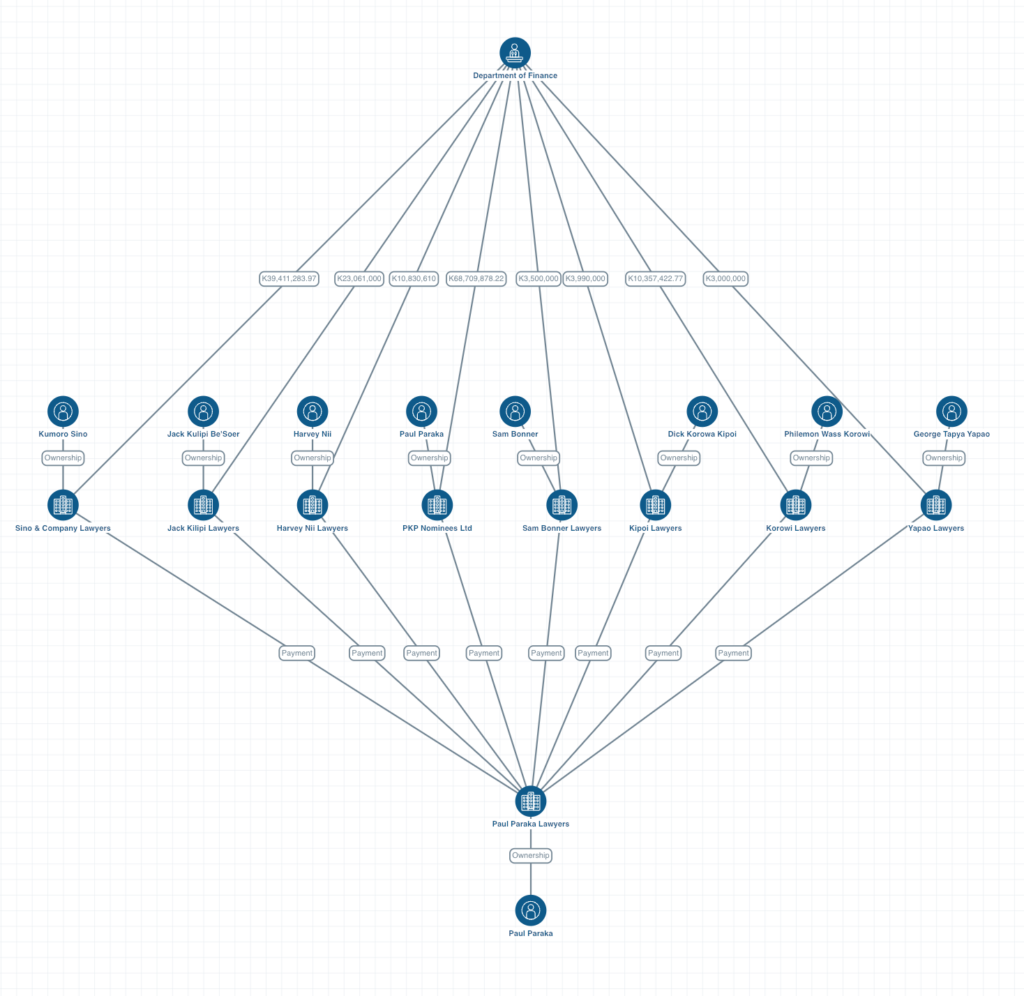 Then in a 2021 decision by Justice Mirivi, further detail was provided regarding how the scheme is alleged to have worked. This particular judgement centres on lawyer Harvey Nii.

Justice Mirivi provides a summary of the prosecution’s case: ‘It is alleged that in around February 2012, Paul Paraka of Paul Paraka Lawyers submitted a false claim for the sum of K6.0 million to the Department of Finance in the pretext of outstanding court payments. He conspired with the applicant [Harvey Nii] to allow the Department of Finance to pay the false claim into the trust account of the Harvey Nii Lawyers account number 1000138465 held at Bank of South Pacific Port Moresby Branch’.

The judgement continues: ‘Accused applicant [allegedly] allowed this to happen knowing that fact and so the Department of Finance raised K 6.0 million in cheque number 0108661 dated the 17th February 2012 payable to Harvey Nii Lawyers Trust Account, P. O. Box 152, Port Moresby. It was deposited into that account 1000138465 on the 20th February 2012. And the applicant/accused wrote to the Business Relations Manager, Corporate & International, Bank of South Pacific on the 24th February 2012 and authorized debit of the account and transfer of K 5.5 million to Paul Paraka Lawyers operating Account. They carried out that request leaving K 500, 000.00 in the account of Harvey Nii Lawyers Solicitors Trust Account. He was not engaged by the State in any matter entitling that payment of K 6.0 million’.