A company owned by an ex-politician, and which is alleged to be at the centre of a K24 million Duran Farm fraud, has been awarded a new contract for the government’s showpiece housing development.

In 2014, the O’Neill government promised Duran Farm would deliver a modern housing estate with 40,000 reasonably priced homes for low and middle-income earners by 2020. 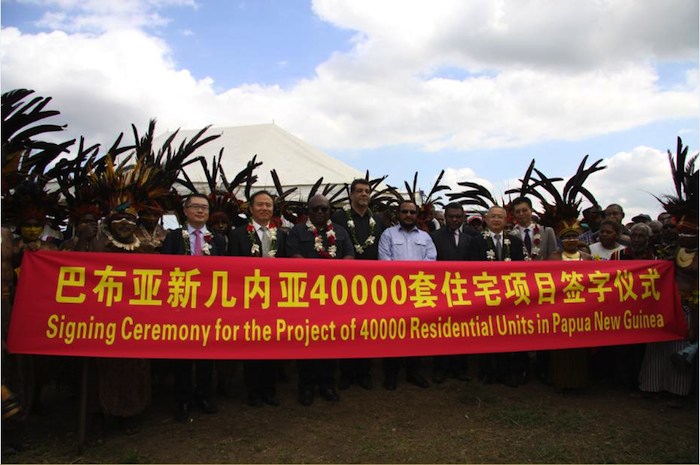 The Duran Farm land though has a long history mired in corruption and fraudulent land deals that have continued to blight the project, as PNGi has previously exposed.

In 2019 it was announced construction contracts awarded by the National Housing Corporation to five building companies, including PNG Resources Corporation Limited trading as Kwik Build PNG, were null and void because they had been illegally awarded with no public tender.

Minister Tkatchenko promptly cancelled the contracts, vowing at the same time he would ‘clean up NHC once and for all”.

That clean up, its seems, has not extended very far.

PNG Resources Corporation Limited has been variously owned by former Moresby North East MP, Labi Amaiu or his wife since 2003. Labi Amaiu is currently the sole shareholder. He and his wife are the company directors.

In 2019 it was reported that Labi Amaiu had been committed to stand trial on charges that 301 Duran Farm land titles worth K24 million were illegally transferred to his company.

Those charges are still outstanding, but as recently as November 2021, former NHC Managing Director, Ditha Nayabbanung, was also committed to stand trial for his alleged role in illegally signing over the land titles to PNG Resources Corporation.

On 15 December last year, Tkatchenko declared in relation to Duran Farm, “We are cleaning up the mess [left] by past employees and management’.

Yet, it appears, just two weeks later he was seated at a table with PNG Resources executives enthusiastically endorsing their re-engagement in the project.

With serious criminal charges outstanding against the company owner and the former NHC MD, why would the government even consider granting PNG Resources Corporation Limited a new contract, especially one that relates to the same failed housing project?

And why has no investigation been mounted into how five building companies, including PNG Resources Corporation Limited, were illegally awarded construction contracts outside the normal tendering process?

It can also be noted that according to Investment Promotion Authority records, PNG Resources Corporation Limited is not a good corporate citizen either. It is potentially in breach of Companies Act, as its directors have not filed an annual return since 2015.