As one coastal community in Madang celebrates their success in defeating a sand mining proposal, further north a Malaysian logging company is threatening to wreak another form of destruction on their neighbours.

Innovest Limited, a company owned by the powerful Hii family, claims to have five-year permit to log the forests inland from Ulingan Bay. Local people are adamant that they have had no contact with forestry officials and have not given permission for logging.

Nonetheless, in recent weeks a barge loaded with logging equipment has appeared off the coast of Ulingan Bay. Onshore a local businessman has been busy lobbying villages to allow the pontoon to dock, offload its cargo and establish a log pond. Though his efforts have been met with resistance in local communities, the Ulingan Catholic Parish has recently given permission for the ship to unload its equipment and establish a base on Catholic Mission land. 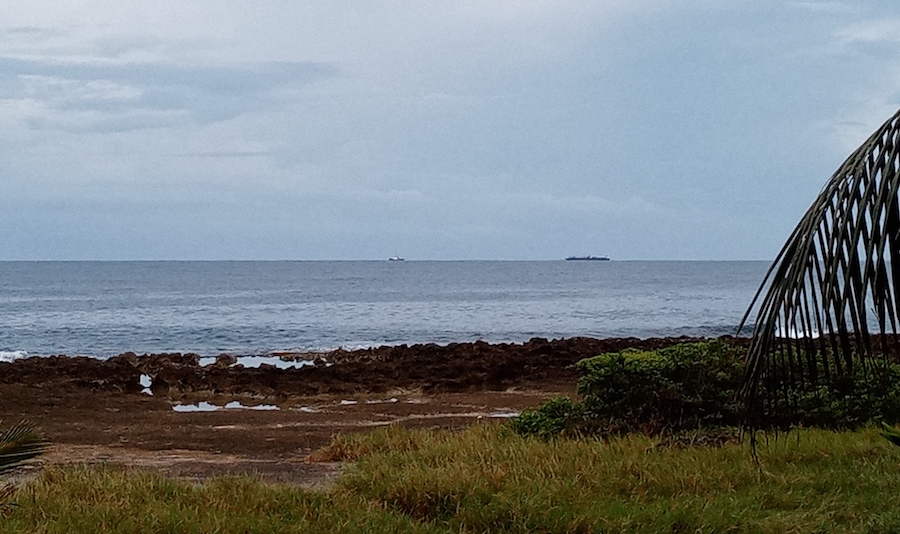 A pontoon loaded with logging equipment headed into Ulingan Bay on Sunday, May 9 2021

One local business that is under threat if logging goes ahead is the Tupira Surf Club, just across the bay from the Catholic church and primary school.

The club was set up more than a decade ago by esteemed judge, the late Justice Kirriwom, ironically as a direct response to the devastation he had seen wrought by an earlier wave of logging.

Justice Kirriwom had seen first hand the damage caused by logging operations in nearby villages and wanted to provide his community with a sustainable and long-term business as a buffer against such destruction in the future. 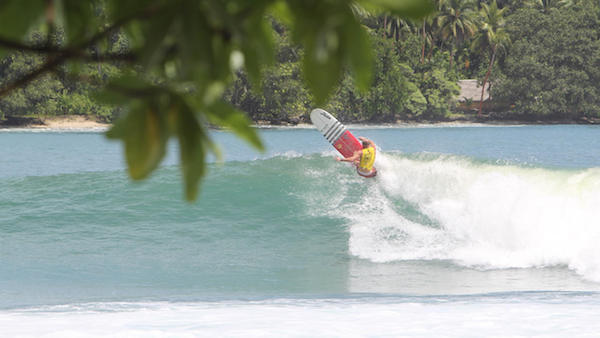 The local businessman who is trying to broker a deal between the loggers and local communities is Jack Kokon.

In 2018, he and Adoph Paropet took control of Papir Development Corporation Limited when the company issuing the pair 99 new shares.

Papir Holdings is currently involved in an internal dispute in the National Court over control of the company and attempts to remove the majority of the directors. Papir Holdings is aligned with the Malaysian owned logging company Woodbank Pacific. Woodbank is currently logging in the Kumil TRP under a logging and marketing agreement with Papir Holdings and Timber Permit 12-22 issued by the PNG Forest Authority. Woodbank and Papir Holdings are also involved together in litigation in a dispute with landowners over logging rights in the Bogia region.

It is alleged that the disputes over ownership and control of Papir Holdings and the recent takeover of Papir Development Corporation are because of  Jack Kokon’s falling out with Woodbank Pacific and his new alliance with Innovest.

Earlier this year, Kokon approached Justice Kirriwom, seeking his consent for the proposed logging. The judge flatly refused to endorse any logging and warned Kokon that local people were also opposed and any consent that he thought he had obtained was not from the real landowning clans.

That rebuff, it appears, has not overly concerned either Papir Development Corporation or Innovest, a company owned by the powerful Malaysian businessmen, Eii Sing Hii,  who has extensive interests in both PNG and Australia.

Eii Sing Hii, and his fellow director, Daniel Hii, have a controversial history, and their interest in Ulingan Bay should set alarm bells ringing in local communities.

The two Hii’s are also the owners of Northern Forest Products, another PNG registered logging company. NFP attracted the ire of Oro Governor, Gary Juffa after NFP’s logging operations in Oro Province were the subject of police raids in 2018 which uncovered illegal foreign workers and unregistered equipment. There were also allegations of an unlawfully issued logging permit, and the company was fined K150,000 for harvesting irregularities. 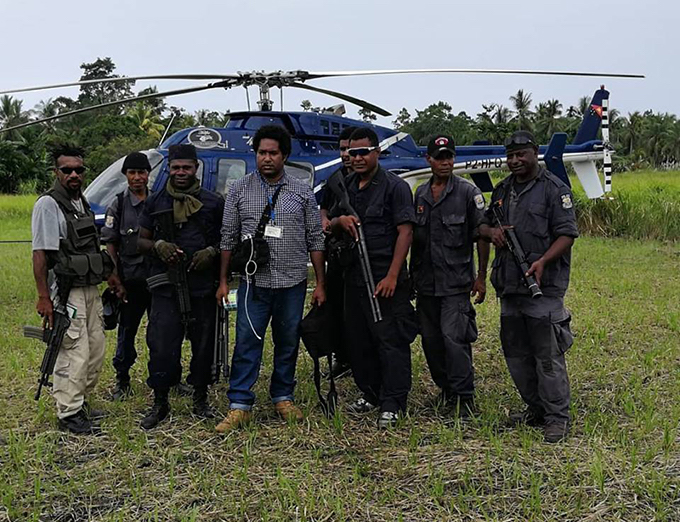 In 2018 a mobile police squad raided a logging camp operated by Northern Forest Products and shut down the logging operation, seized equipment, arrested 13 Asian employees and charged the site manger with stealing logs.

This is not the only time Eii Sing Hii and Daniel Hii have been found to be operating on the wrong side of the law.

During the SABL Commission of Inquiry, Daniel Hii was identified as the manager of a logging operation on New Hanover island that was observed to be trespassing on customary land and harvesting timber outside its licence area. Local people complained that when the logging company left ‘all the promises to the people were never fulfilled. All was left behind were rotten logs rotting over in the bushes, spilled oil on the surface of the ground and damaged water sources’.

In 2020, another PNGi investigation revealed how the Lands Minister, Puka Temu and Lands Secretary Pepi Kimas unlawfully issued a lease over Bootless Bay outside Port Moresby to another company, Amazon Realty, owned and controlled by Eii Sing Hii.

According to media reports, Hii Eii Sing has also been arrested for alleged illegal logging in Indonesia.

Local Madang resident Rex Sos has recently published a short video, ‘Raped for $12’, lamenting the lack of benefits seen in Madang province after more than 50 years of industrial logging

Mr Sos is entreating Madang’s current generation of leaders not to repeat the mistakes of the past. But with Justice’s Kirriwom’s recent untimely passing, it is not clear if anyone will be able to stand up and stop the cycle being repeated in the forests inland from Ulingan Bay.