Update: On 1st March 2021, it was revealed that Niugini Sands had withdrawn its sand mining exploration licence application. In a letter to campaigners, the Mineral Resource Authority cited the bad publicity the application had received as the reason for the application being withdrawn.

Update: This article was updated on 16 Dec. 2020 after further information was received from Derrick and Marcus Ong and the Powerplus Group via their attorney.

A Singapore owned company is hoping to make it rich by mining sand from the beaches of Madang.

The proposal has incurred the wrath of local communities. They claim a lack of consultation, and are fearful of the potential impacts of the project on their lives and livelihoods. The mining plan is also being opposed by local tourism operators.

A previous PNGi investigation exposed a pattern of misinformation from the project proponents about their corporate structure. Our investigation revealed how they have courted political friends at the Provincial level while the Mineral Resource Authority has been fast-tracking their proposal.

Today we delve deeper into the background of the Singaporean business people behind the sand mining plans and reveal a host of red flags that should have alarm bells ringing in the MRA.

The flags include evidence of financial insolvency in 2018, a previous project that failed to materialise, more misinformation and hidden identities, an unusual diplomatic posting and a coterie of powerful political friends at the centre of government.

Niugini Sands Limited is ultimately majority owned and controlled by the Ong family.

Derrick Ong is the founder of the Powerplus Group and owns 28% of the company, his son, Marcus is the Group’s managing director and largest shareholder (36%).

In its powerpoint presentation to PNG authorities and communities Niugini Sands proudly boasts of the backing it enjoys from the Powerplus Group, which it describes as ‘a global manufacturer of heavy equipment’. Niugini Sands uses photographs of Powerplus machinery, facilities and operations to show the depth of its financial backing and corporate experience. 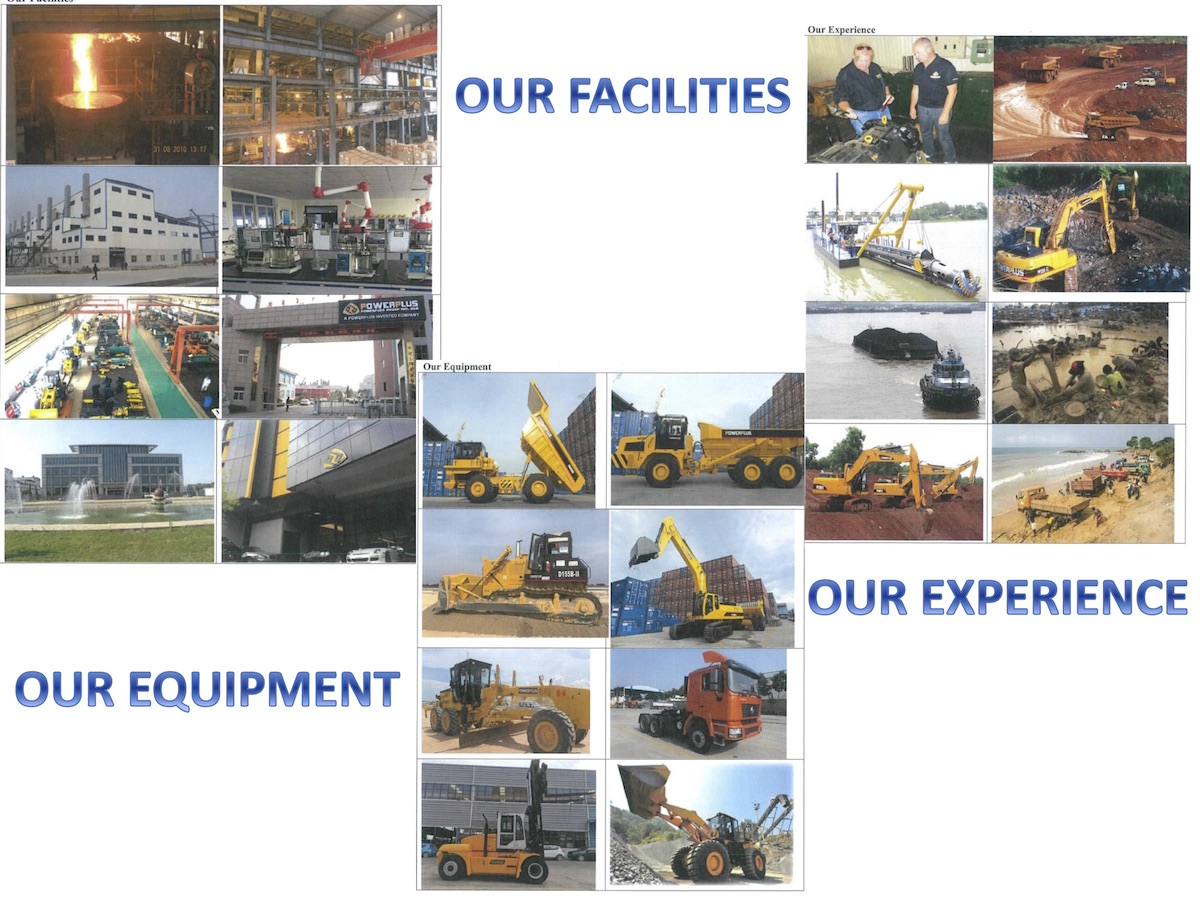 What Niugini Sands does not state, but PNGi can exclusively reveal, is that in 2018 the Powerplus Group was recorded as being insolvent in documents filed with the Singapore government. 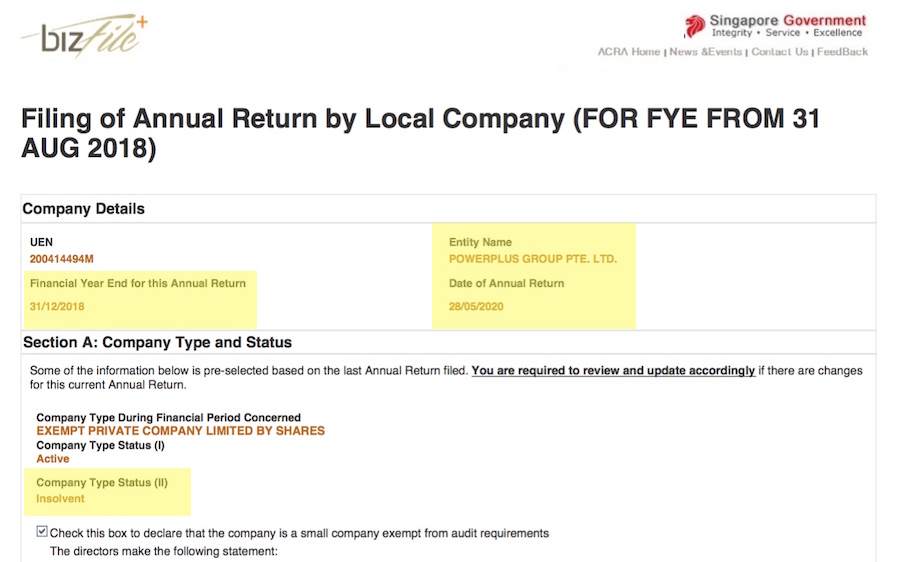 According to its 2018 Annual Return, Powerplus Group Pte Ltd was insolvent

An examination of Powerplus’ public financial profile shows trading losses amounting to US$2 million in 2017 and 2018, and an ‘accumulated loss’ of over $6 million by the end of 2018. 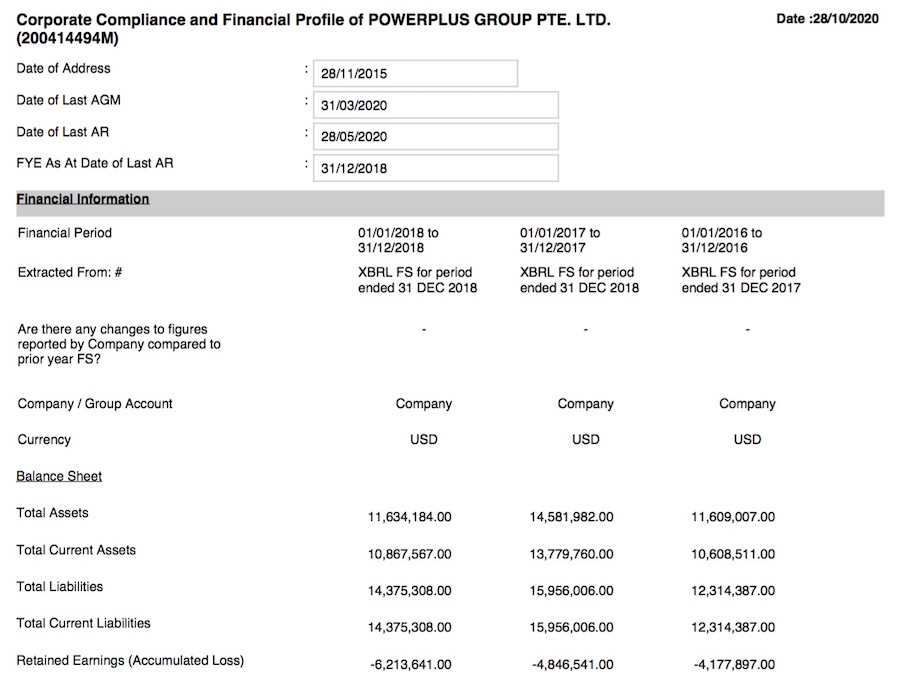 According to its 2018 Financial Profile, Powerplus had accumulated losses of over US$6 million.

Powerplus though denies that it is currently insolvent or in financial distress and says the financial records from 2017 and 2018 do not reflect the company’s present financial state.

It is not known what reassurances the MRA has been given to show that Niugini Sands has the finances to ensure it can honour its commitments.

Sand mining is not the Ong’s first industrial foray into Madang. In 2016, Powerplus, ‘a global manufacturer of construction equipment’, announced its intention to build an assembly factory in Madang.

As well as manufacturing the company’s construction machines, the factory would serve as a sales and marketing hub for Australia and the Pacific region, incorporating a technical development and training centre. Based on the North Coast Road, the proposed factory would employ 500 people, said general manager Gerard Lau.

None of this ever eventuated; no factory was ever built, no jobs were ever created.

Powerplus says this was because of ‘a change in the investment climate’ and ‘economic variables’. It says there were never any concrete discussions about the ‘investment incentives’and the company was told to source its own power and utilities.

It seems though Madang governor, Jim Kas, was sufficiently impressed by the plan to bestow upon Derrick Ong the title of ‘Business Ambassador’ in Singapore for the Madang Provincial Government. 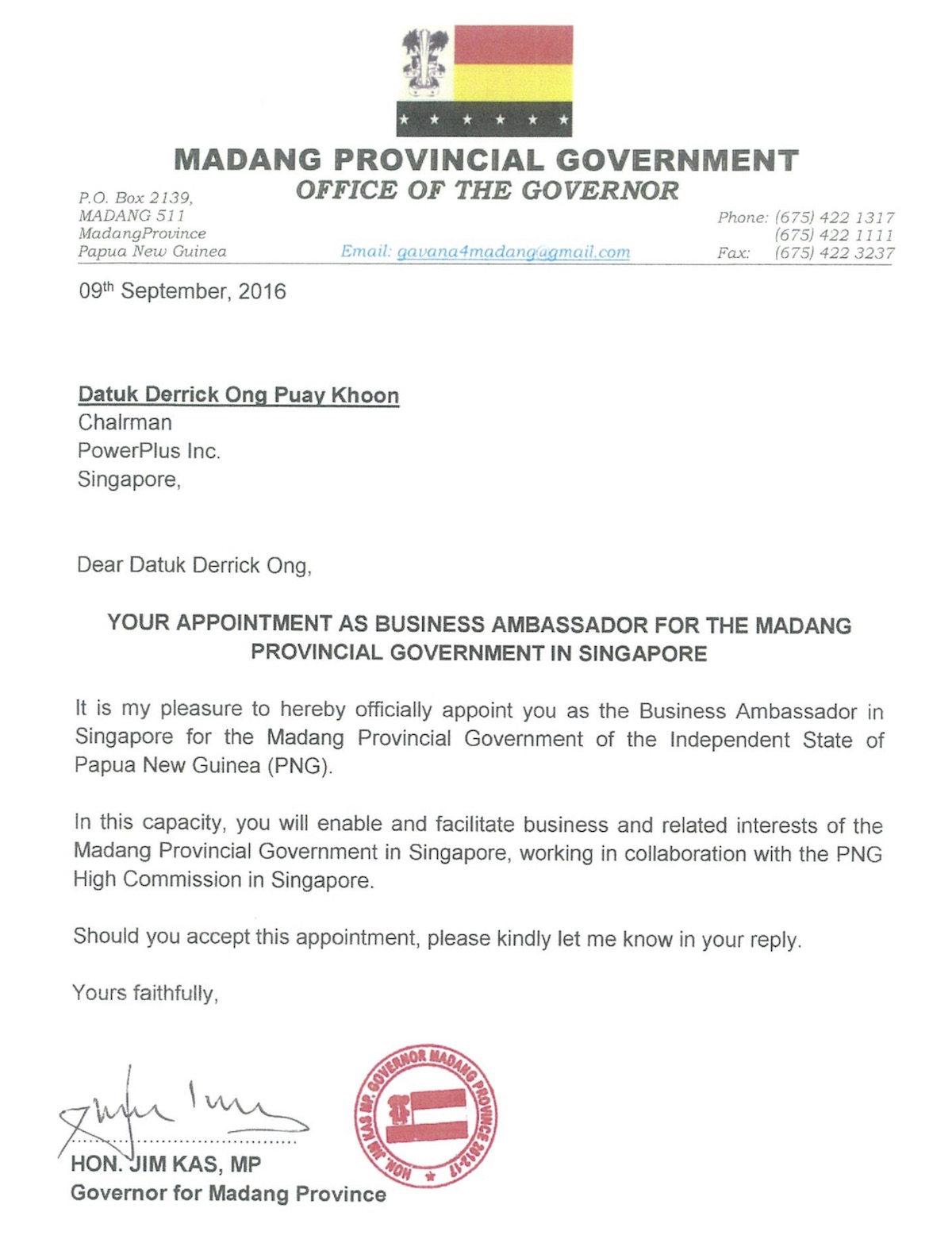 A month later, Governor Kas and Provincial Administrator Daniel Aloi were guests of honour at the Powerplus launch of its heavy equipment range in Singapore 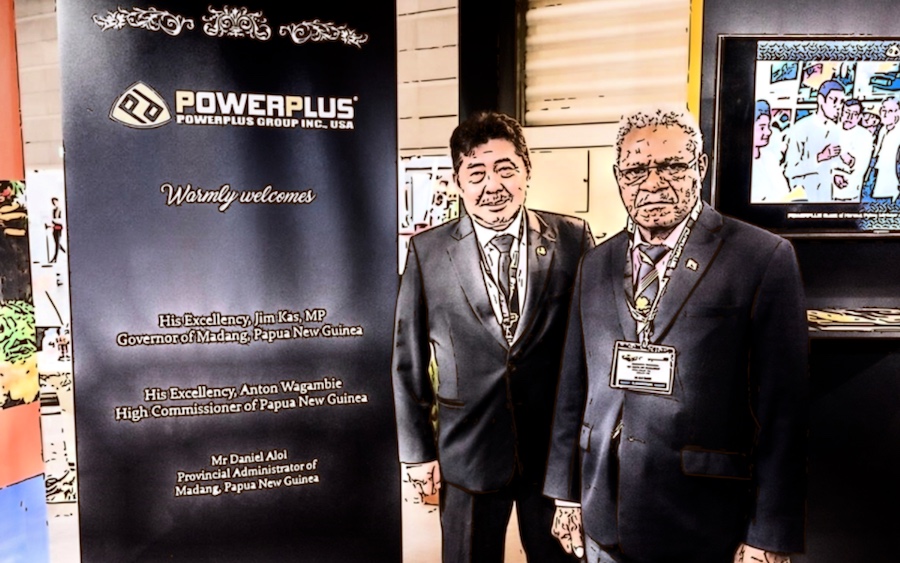 Derrick Ong and Anthon Wagambie pose alongside a banner welcoming then Madang Governor Jim Kas and his Provincial Administrator to Singapore.

Previous unrealised plans and the courting of local political leaders should also be reasons for caution as MRA conducts its due diligence on Niugini Sands and its sand mining proposal.

As part of its presentation to government officials and communities, Niugini Sands has made the claim it is ultimately owned by four Singapore based entities, including WWTEG (1973) and Xin Hui Investments. 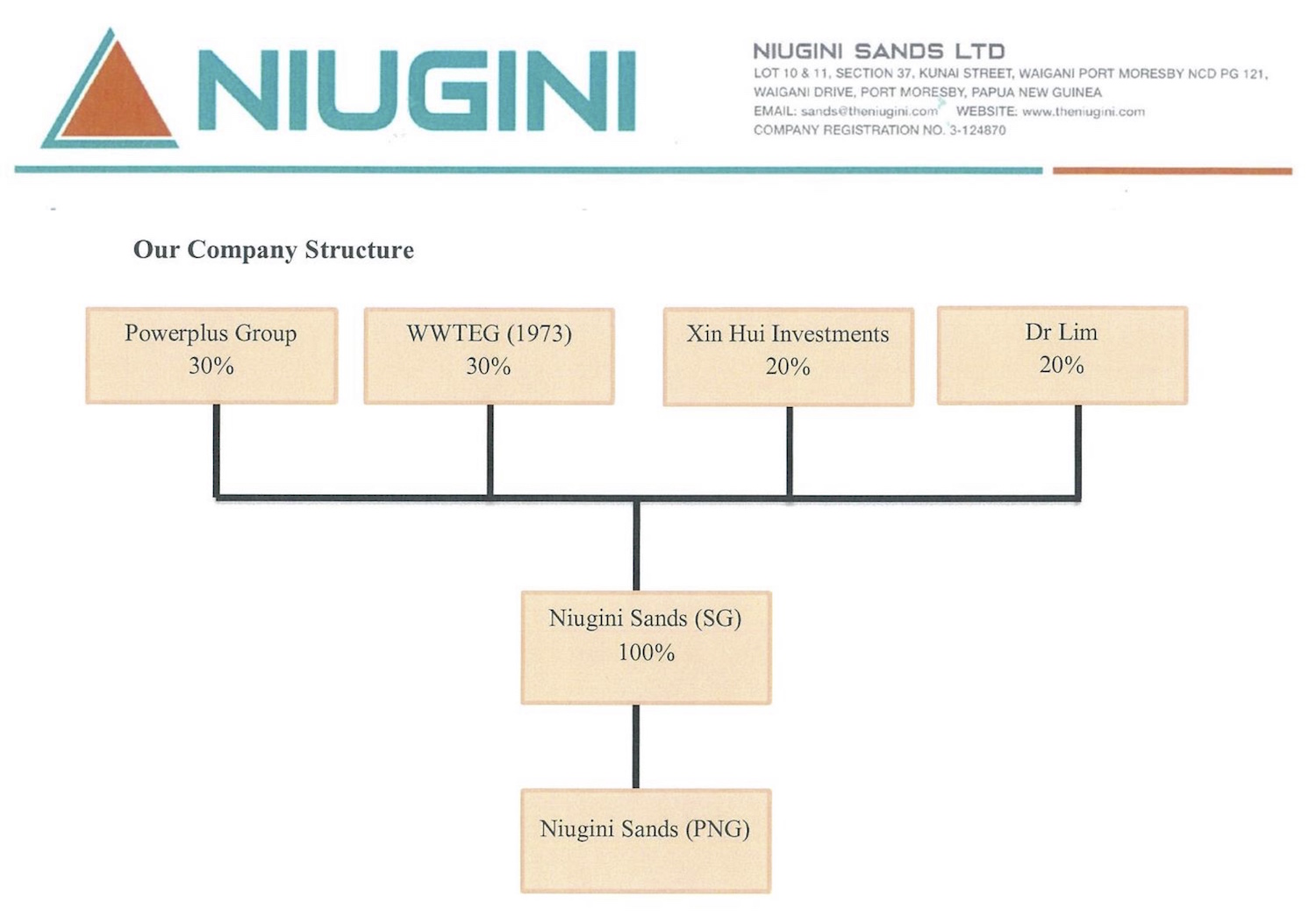 A slide from a Niugini Sands presentation.

PNGi has also previously revealed there are no companies by the name of WWTEG (1973) or Xin Hui Investments registered in Singapore.

Further research has though revealed there is a connection between the real owners of Niugini Sands and two companies that could be the real WWTEG (1973) and Xin Hui Investments.

Huixin Trading is majority (60%) owned by Song Zhaojun, the same Song Shaojun who is a shareholder in Niugini Resources & Investments Pte Ltd which owns Niugini Sands.

Are the companies WWTEG (1973) and Xin Hui Investments referred to by Niugini Sands as its part owners, actually Worldwide Techno Equipment Group and Huixin International Trading?

Either way, the lack of clear disclosure of its ownership and corporate network are another warning sign that MRA should be taking heed of.

A rather unusual envoy

In our earlier report, PNGi revealed Derrick Ong’s position as an Honorary Consul for PNG. We have now received further information about his appointment to the diplomatic corps. 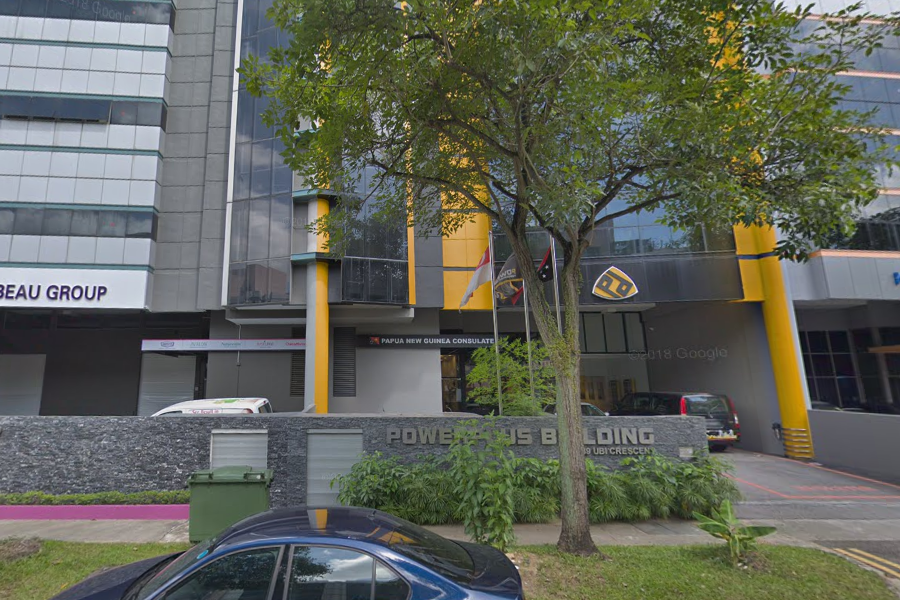 The Powerplus head office in Singapore doubled as the PNG Consulate

This seemed rather unusual; why would the PNG government appoint a foreign businessman as an Honorary Consul in Singapore and use his company HQ as an official consulate when it already had a duly appointed High Commissioner and High Commission office just across town?

The whole set up was thrown into further confusion when, in January 2019, Foreign Minister Rimbink Pato categorically denied that anyone had been appointed as consul-general and said that Singapore law did not permit such an appointment. Instead, “PNG has a formal high commission office established and functioning” said Pato.

Strange then that it appears it was Rimbink Pato himself who appointed Derrick Ong as Honorary Consul General in March 2017. 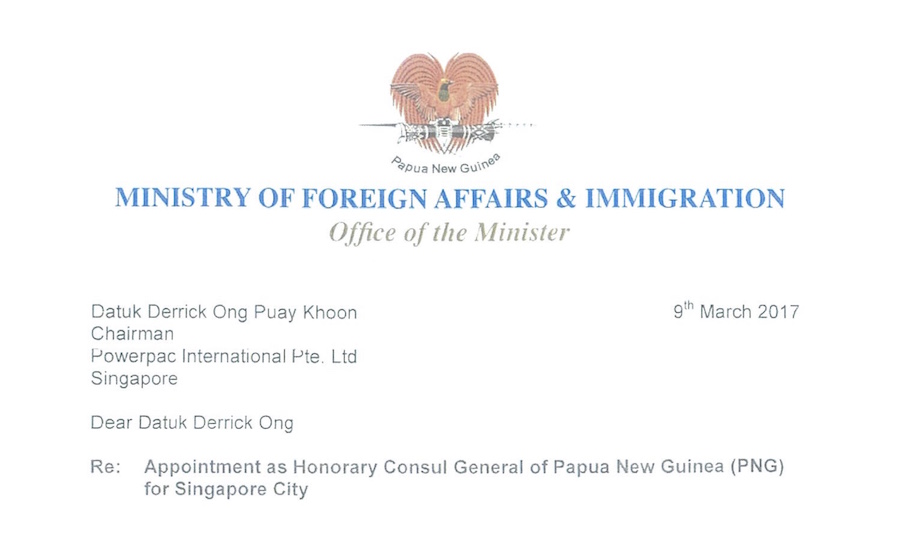 Foreign Minister Rimbink Pato wrote to Derrick Ong in 2017 to inform him of his appointment as Honorary Consul General.

“I am writing to advise you that following receipt of strong recommendations for your appointment as Honorary Consul General for Singapore City by Senior Leaders of this country a decision has been taken by the Papua New Guinea Government. Accordingly I am pleased to confirm that you have been appointed as Honorary Consul General of Papua New Guinea for Singapore City. Your appointment takes immediate effect.”

Had Rimbink Pato simply forgotten that it was he himself who appointed Derrick Ong as Consul General when two-years later he denied that any such position existed?

In March 2019, the Singapore media pointed out the PNG flag was still flying outside the Powerplus office of the Consul General while just a few kilometres across town the PNG High Commission was claiming diplomatic jurisdiction. 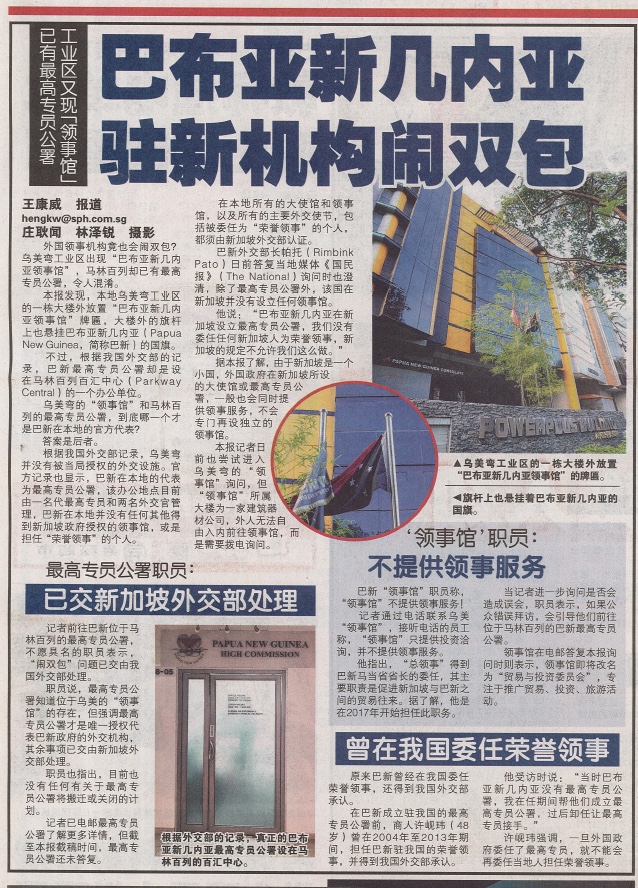 Although the consulate sign was later removed from the Powerplus building at 39 Ubi Crescent, the PNG government soon found another diplomatic role for Derrick Ong.

In June 2019, then Minister for Commerce & Industry, Wera Mori, appointed Derrick Ong as Honorary Commissioner of Trade and Investment for PNG. 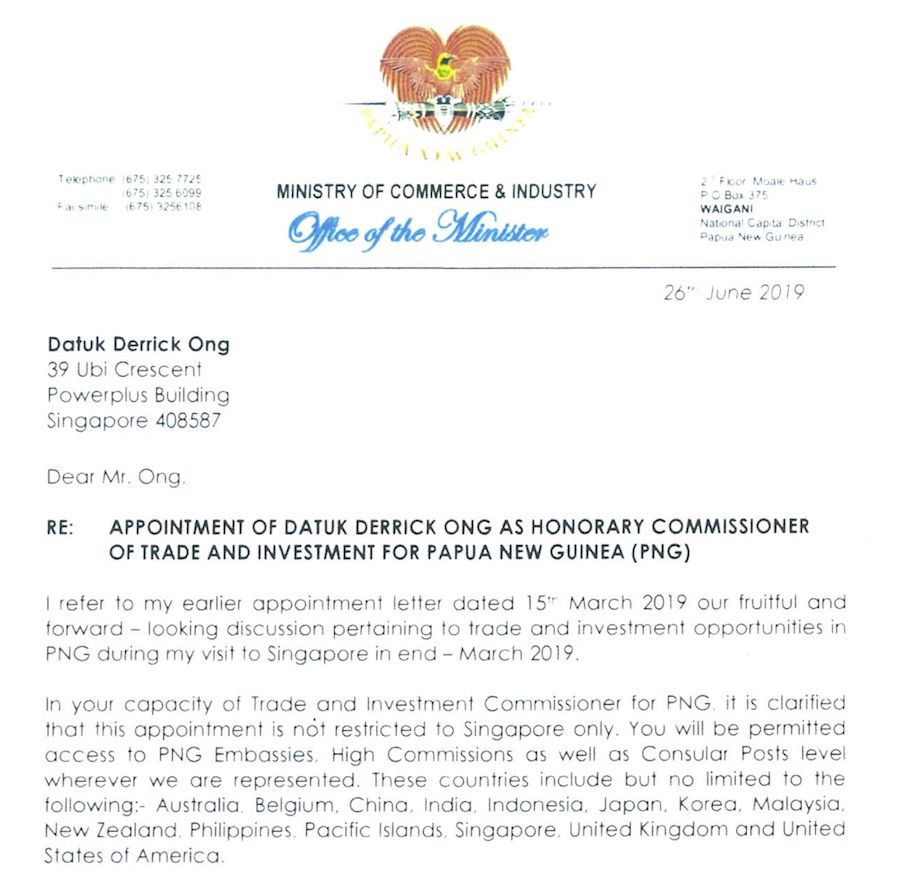 “In your capacity as Trade and Investment Commissioner for PNG it is clarified that this appointment is not restricted to Singapore only. You will be permitted access to PNG Embassies, High Commissions as well as Consular Posts level wherever we are represented. These countries include but no [sic] limited to the following:- Australia, Belgium, China, India, Indonesia, Japan, Korea, Malaysia, New Zealand, Philippines, Pacific Islands, Singapore, ”

As now Minister for the Environment, Wera Mori could have a crucial say in whether Niugini Sands’ sand mining plans are approved. Will he be recusing himself from any role in that decision making process given his role in the appointment of Derrick Ong as PNG’s Trade and Investment Commissioner?

The postal address for Powerplus PNG is given c/0 Raina No.1 Limited. IPA records show Raina No.1 is a successful property company owned by Rimbink and Joyce Pato.

In a final twist, it seems that Derrick Ong’s Trade Commissioner appointment has now been revoked. By letter dated 23 January 2020, Foreign Affairs Minister Patrick Pruaitch informed Mr Ong that the authorities in Singapore had advised his position was not permitted as PNG already has a High Commission in the country. 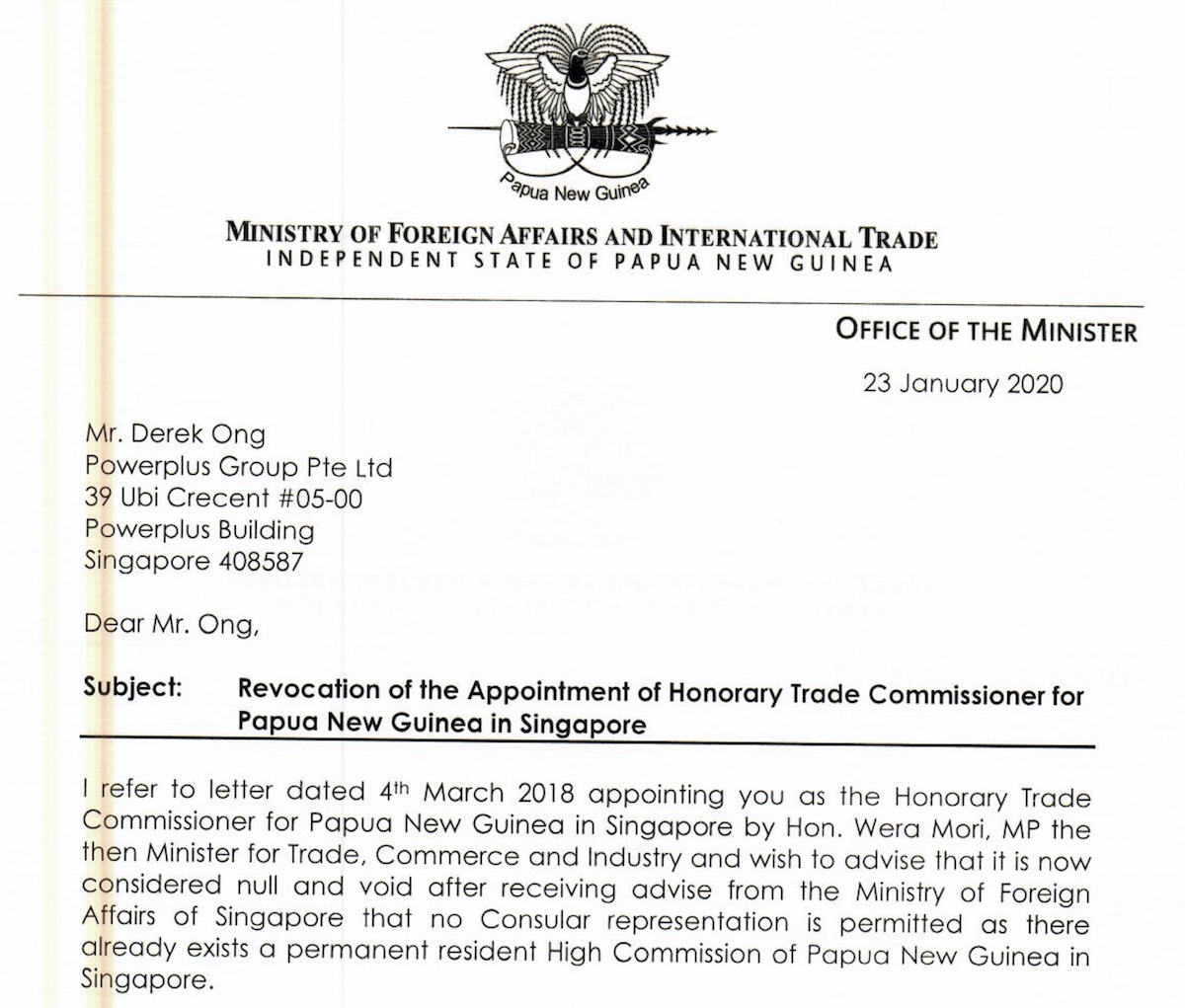 Derrick Ong meanwhile maintains that all his appointments have been genuine and the issue of dual appointments ‘has been resolved between the governments of Singapore and PNG’ and will shortly be formalised after delays caused by the COVID pandemic.

Powerplus PNG and Raina No.1

Derrick Ong and his son Marcus, despite having no obvious prior business interests in PNG, seem to have been able to cultivate a wide range of senior political contacts. 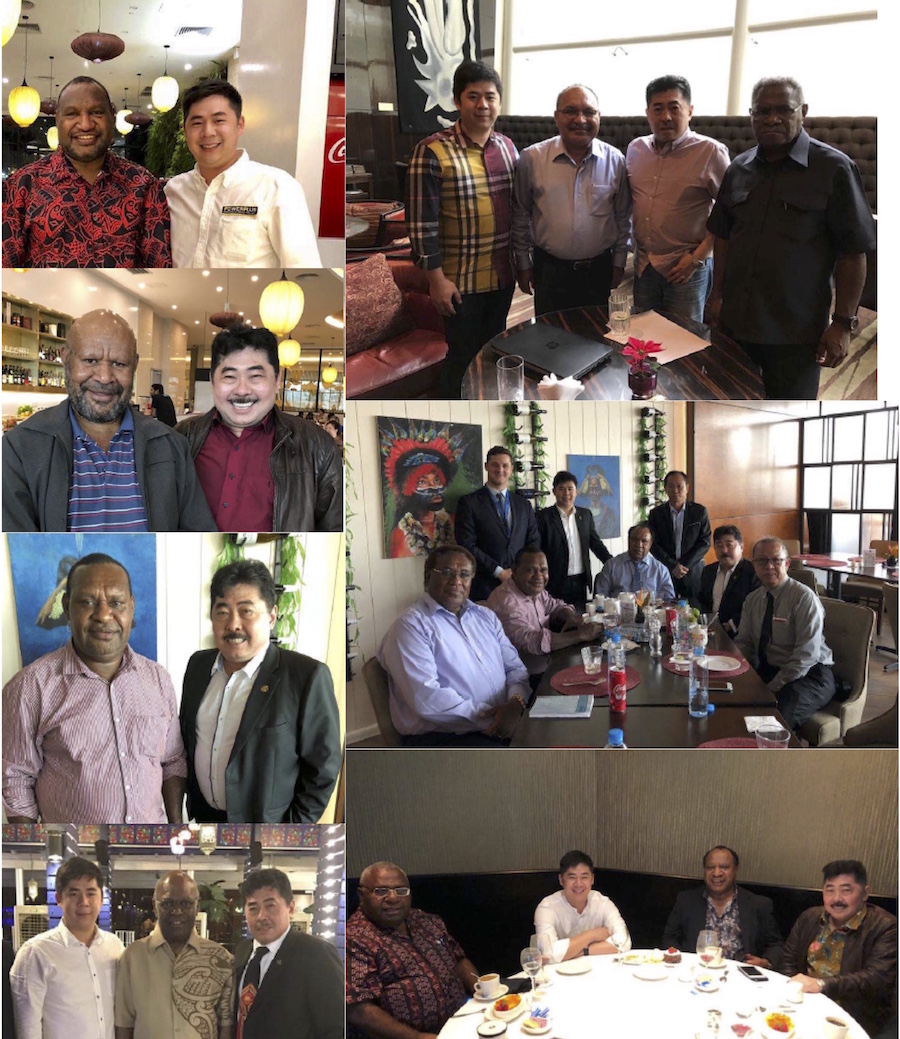 MRA will surely be treading very carefully to ensure none of these political connections sway its decision making processes in respect of Niugini Sands and its sand mining exploration licence application.

Niugini Sands Limited wants to mine sand along the coast of Madang Province, potentially displacing as many as twenty communities. The Mineral Resource Authority is fast tracking the company’s application for an exploration licence, yet their are plenty of red flags that suggest Papua New Guinea should be cautious about the proposal.

1). Niugini Sands ownership is different to that claimed in the company’s presentation to community leaders and government officials.

2). Niugini Sands major shareholders’ principal business was recorded as being insolvent in 2018.

3). One of the principal shareholders, Derrick Ong was appointed an Honorary Consul General in unusual circumstances and maintained a diplomatic office in his company HQ in Singapore.

4). The Ong’s previously announced plans to set up a heavy equipment assembly factory in Madang were never realised.

5). The Ong’s agent in PNG, John Kambual had his Powerplus agency liquidated by the courts.